Cody, Wyoming – -(Ammoland.com)- The Collective, a series of exclusive, purpose-driven, premium rifles, introduces the CoPilot (http://www.gunwerks.com/copilot). The ultimate truck gun for the land manager, hunter, and those who simply want the best. The Co-Pilot is a limited edition rifle with less than 100 offered to the public.

Designed as a short frame rifle the Co-Pilot is chambered in 6MM Creedmoor, built with premium components and accessories and is priced at $13,995.

“We pooled some of the brightest minds and makers of the best components in the industry. Then, sparing no expense and cutting zero corners, the concept of The CoPilot as the ultimate truck gun was conceived.” says Gunwerks C.O.O, James Christensen. “We wanted a rifle system that was accurate, lightweight, suppressed, and had all the top-of-the-line trimmings. It had to be perfect for a coyote, whitetail, or even a 500 lbs Nilgai.”

At its core, it is a Gunwerks’ GLR bolt action. Next, we added a Proof Research custom length, carbon wrapped barrel designed specifically for this rifle. Because we needed an ultra-compact package, we worked with Manners to design a collapsible carbon fiber stock.

The versatility of this adjustable stock also makes it perfect for your little guy or girl to grow up with. The Co-Pilot also includes a frictionless sear trigger from Trigger Tech, Nightforce ATACR F1 4-16×42 optic, and is ready for a SilencerCo Omega suppressor. It also comes with an SKB hard case which protects a customized Armageddon Gear softside case which secures the rifle and houses the SilencerCo Suppressor as well as ammunition boxes in specialized compartments.

The custom Armageddon case can be set down like a suitcase, and it will stand up unlike other soft side gun cases to ensure safety and convenience at all times. Another important part of the package is the ammo. The package ships with 1,500 rounds of 103 grain Hornady ELDX which carry an average muzzle velocity from the Co-Pilot of 2650 FPS.

Finally, the package also features the Gunwerks Long Range Package meaning each gun is tested not only at 100 yards but at a distance to create a ballistic profile for every individual rifle. This information for a given altitude and temperature is engraved onto a ballistic turret. Utilizing a Trigger Tech trigger set at 2 lbs, the light, crisp pull coupled with the custom carbon barrel and the NightForce scope, this rifle has an effective hunting range of 800yds while the target range extends beyond 1200!

The Co-Pilot is an experience within itself from opening the case to entering the field. To see the Co-Pilot visit www.gunwerks.com/copilot or call 877-393-1639. 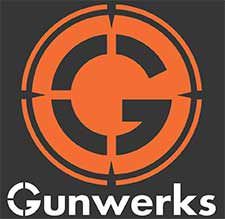 VA Ban Defeated; WA Gun Owners Can Take a Lesson
SB Tactical SBA4 Pistol Stabilizing Brace $89.99, that is Cheap!
New ‘Gun Control Playbook’ To Push ‘Red Flag’ Laws
There is Nothing that May Not Happen : Only Ones
Virginia’s Assault Firearms Ban Bill is Dead… For Now