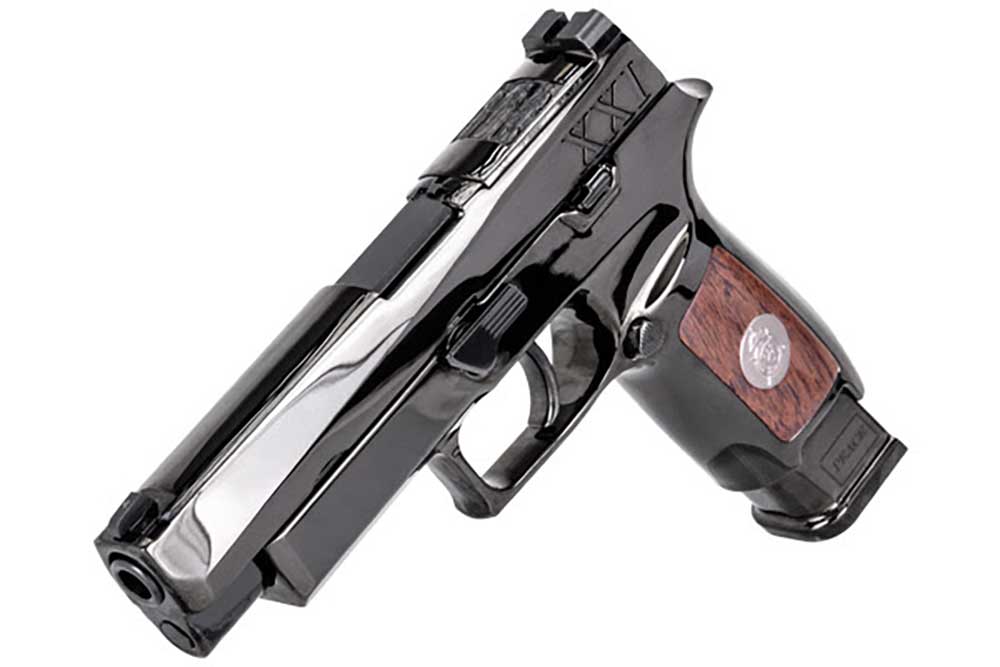 Newington, N.H. –-(Ammoland.com)- SIG SAUER, Inc. is honored to announce the production and presentation of the M17 Tomb of the Unknown Soldier Pistols for the U.S. Army’s 3rd U.S. Infantry Regiment (The Old Guard) for the Tomb Guard Sentinels.

The M17 Tomb of the Unknown Pistols are unique M17 pistols that were created using the same specifications for the U.S. Army’s M17 Modular Handgun System. The ceremonial pistols are 9mm striker-fired pistols with a non-railed aluminum grip module, stainless steel slide, wood grip inserts, a 21-round magazine, and features the same optic cut as specified by the MHS contract, front night sight, removable rear plate, and black controls. The pistols also feature a high polish to withstand the inclement weather while the Tomb Sentinels stand guard.

The unique distinguishing features for the M17 Tomb of the Unknown Pistols include:

Pistol Names: each of the four pistols bears the name of Silence, Respect, Dignity, or Perseverance and is featured on the dust cover. Dignity and Perseverance represent “The Sentinel’s Creed,” and Silence and Respect represent the request to the public by Arlington National Cemetery when visiting the Tomb of the Unknown, and during the Changing of the Guard;

Custom Wood Grips: in 1921 the chosen Unknown was transported to the United States of America aboard the USS Olympia. The custom wood grips are made with wood from the USS Olympia and include the crest of the 3rd Guard, Tomb of the Unknown Soldier identification badge inset;

Cocking Serrations: XXI cocking serrations are engraved on the slide to signify the twenty-one steps it takes for the Tomb Sentinels to walk by the Tomb of the Unknowns and the military honor of a 21 Gun Salute;

Sights: a glass insert made with marble dust from the Tomb of the Unknown fills the sights of the ceremonial pistols;

Engraved Magazines: the 21-round magazines feature an aluminum base plate engraved with the names of the Greek figures featured on the Tomb of the Unknown – Peace, Victory, and Valor – and include a name plate on the bottom of the magazine engraved with the Tomb Sentinel badge number.

Serial Numbers: the pistols are serialized with a unique set of serial numbers that incorporate items of significance to the Old Guard: “LS” represents line six of the Sentinels’ Creed, “My standard will remain perfection; “02JUL37” to signify the first 24-hour guard posted at the Tomb of the Unknown on July 3, 1937; “21” to signify the 21 steps it takes the Tomb Sentinels to walk by the Tomb of the Unknown, and the military honor of a 21 Gun Salute. The full series of M17 Tomb of the Unknown Soldier Pistols serial numbers are LS02JUL37A21 (Silence), LS02JUL37B21 (Respect), LS02JUL37C21 (Dignity), LS02JUL37D21 (Perseverance).

Silence, one of the four ceremonial pistols to be presented to the U.S. Army’s 3rd Guard will be on display in the SIG SAUER Booth (#3425) at the Association of the United States Army (AUSA) Annual Meeting, October 8th – 10th at the Walter E. Washington Convention Center, Washington, D.C. 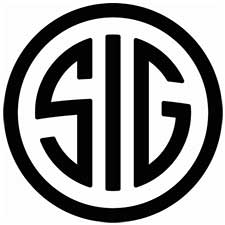 SIG SAUER, Inc. is a leading provider and manufacturer of firearms, electro-optics, ammunition, airguns, suppressors, and training. For over 100 years SIG SAUER, Inc. has evolved, and thrived, by blending American ingenuity, German engineering, and Swiss precision. Today, SIG SAUER is synonymous with industry-leading quality and innovation which has made it the brand of choice amongst the U.S. Military, the global defense community, law enforcement, competitive shooters, hunters, and responsible citizens. Additionally, SIG SAUER is the premier provider of elite firearms instruction and tactical training at the SIG SAUER Academy – a world class, state-of-the-art, 140-acre training facility. SIG SAUER is headquartered in Newington, New Hampshire, and has more than 1,700 employees across eight locations, and is the largest member of a worldwide business group that includes SIG SAUER GmbH & Co. KG in Germany. For more information about the company and product line visit: sigsauer.com.