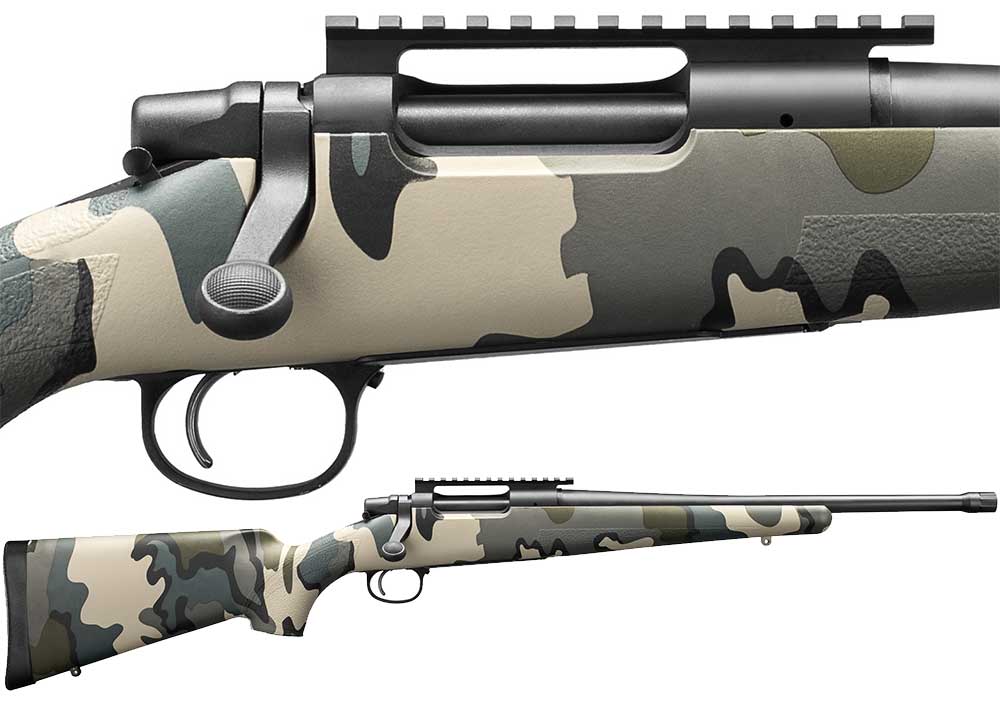 Ilion, NY – -(AmmoLand.com)- Carry a Model Seven in the field and you’ll understand why it’s considered one of the finest dense-cover rifles ever conceived in America.

Lightning-fast in close quarters and superbly accurate for the long shot, the compact, short-action Model Seven has been a knock-down, drag-out leader in the woods since it was introduced in 1983.

Its receiver is based on the Model 700™ and is 1/2″ shorter than the Model 700™ short action to deliver the highest level of out-of-the-box accuracy, strength and reliability in a platform that’s 2 3/8″ shorter overall and weighs just 6 1/2 lbs. (standard calibers).

For even more game-stopping punch, match this handy design with some of the hardest-hitting short action magnums.

Model Seven rifles in these chamberings have a 20″ magnum contour barrel.

The Model Seven features the same legendary strength as the Model 700’s“three-rings-of-steel,” referring to the steel bolt face, barrel and receiver encasing the cartridge head. The cylindrical receiver design provides a consistent bedding area in the stock. The Model Seven has a 2 3/8” shorter overall length than the Model 700, the Model Seven is perfectly sized for small-statured shooters and dense cover hunting situations. Picatinny scope base included.

Remington Arms Company, LLC, (“Remington”) is America’s leading manufacturer of firearms, ammunition, and related accessories. For over two centuries, its products have been sought after by hunters, shooters, collectors, home and personal defenders, as well as by government users in the US and in more than 55 of our allied countries. Remington products served the US Military in every major conflict from 1816 to the present. Remington currently employs over 2,500 Americans, and operates major facilities in New York, Alabama, Arkansas, North Carolina, Tennessee, Mississippi, Missouri, South Dakota and Utah.

More information about the Company can be found at www.remington.com.