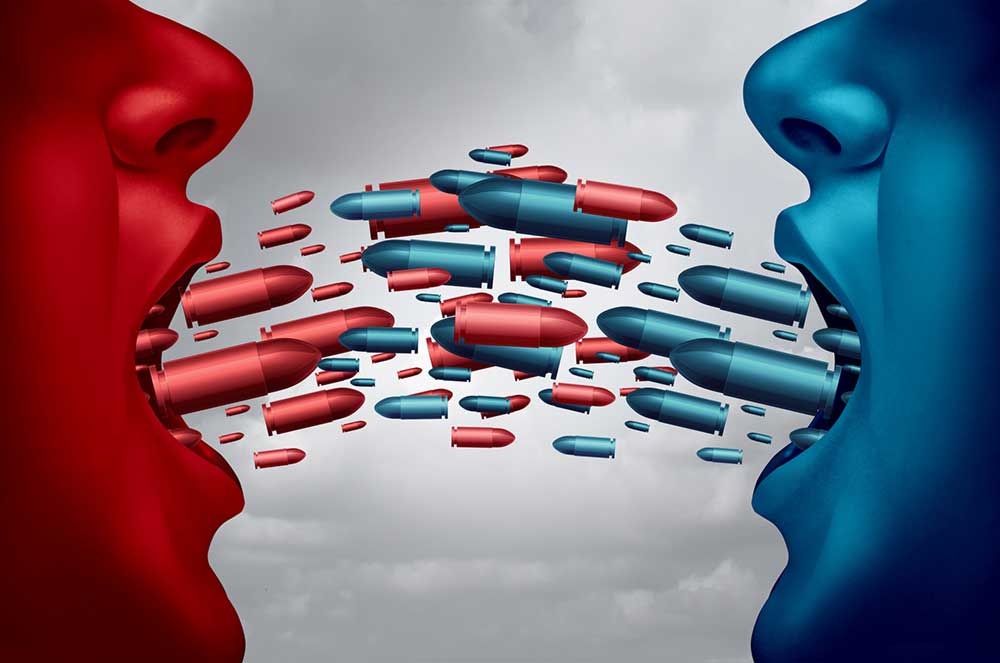 “Now I will tell you the answer to my question. It is this. The Party seeks power entirely for its own sake. We are not interested in the good of others; we are interested solely in power, pure power. What pure power means you will understand presently. We are different from the oligarchies of the past in that we know what we are doing. All the others, even those who resembled ourselves, were cowards and hypocrites. The German Nazis and the Russian Communists came very close to us in their methods, but they never had the courage to recognize their own motives. They pretended, perhaps they even believed, that they had seized power unwillingly and for a limited time, and that just around the corner there lay a paradise where human beings would be free and equal. We are not like that. We know that no one ever seizes power with the intention of relinquishing it. Power is not a means; it is an end. One does not establish a dictatorship in order to safeguard a revolution; one makes the revolution in order to establish the dictatorship. The object of persecution is persecution. The object of torture is torture. The object of power is power. Now you begin to understand me.” ~ George Orwell, writer and essayist, from his novel on a Dystopian society, 1984

Engaging in compromise with those who abhor firearms and who detest those who choose to exercise their sacred right to keep and bear arms will serve only to compromise that right, destroying the Second Amendment.

The American citizenry are a free, powerful, sovereign people living in a free Constitutional Republic; a Nation that belongs to the entire citizenry, not to a select few individuals among the citizenry; and definitely not to the Government, an entity created to serve the citizenry, not to subjugate and oppress it. The words codified in the Second Amendment make this fundamental truth plain. The exercise of the right of the people to keep and bear arms make this truth a reality. The New Progressive Left seeks to erase the words of the Second Amendment from the Constitution.

If these radical Left-wing elements succeed in compromising the Nation by undercutting the Constitution, then the American people, like the populations of the EU, will face unending misery; misery manifesting in the suppression of basic freedoms, constant surveillance, control over thought and conduct, and penury; a sad, oppressive life, nay, something less than life: mere existence—in a new political, social, economic, and cultural construct; one that has erased the independence and sovereignty of our Nation and of all Western nation-states; destroying, as well, the constitutions, laws, and jurisprudence of all nation-states.

But to accomplish their goal, the New Progressive Left in our Country must indoctrinate our children, and reeducate those adults who aren’t so easily susceptible to prolific proselytizing and propagandizing; those adults who are not so willing to accept the fiction that our fundamental rights and liberties aren’t rights at all and never had been, but are merely man-made constructs, mere privileges, bestowed on the American people by grace of Government and by that same authority of Government would those same privileges be rescinded.

If the public believes the fiction—if, in fact, the public believes that fundamental, immutable, inalienable rights are not, at all, rights preexistent in man, bestowed on man by a loving Divine Creator, but are mere privileges, vouchsafe granted by Government to men—then these Marxists, Socialists, and Communists, will find it much easier to weaken and ultimately negate the one right that alone serves as the means of preventing subjugation of the American citizenry, and it is that one, fundamental right that most concerns them: the right of the people to keep and bear arms.

The problem for those of us who seek to preserve and strengthen our sacred right of the people to keep and bear arms is found less in the Radical Left or New Progressive Left elements now controlling the seditious Press and who have insinuated themselves in and are now legion in the Democratic Party but:

The growing possibility is that the U.S. President and Congressional Republicans might actually consider negotiating with the Democrats and in so doing, weaken rather than preserve and strengthen the right of the people to keep and bear arms.

What we must do is to make plain to both the U.S. President and to Congressional Republicans that they must not capitulate. We must make clear to President Trump and to Congressional Republicans that to cave in to Democrat demands for “muscular new gun control proposals,”—that Progressive Left Democrat Candidates for U.S. President, Joe Biden, and Elizabeth Warren, are calling for, as reported by The New York Times, on September 3, 2019, in an article titled, “Demanding Gun Control, but Differing on Tactics,”—is not the way to deal with these gun grabbers.

Our Nation already has more than enough restrictive gun laws. We don’t need more; for more gun laws will not make this nation safer. More gun laws will make this nation less safe. The gun control proposals of Democratic Party candidates target the millions of average, law-abiding gun owners, not the common criminal, the vicious drug cartels, or the occasional lunatic. We know that, and Democrats know that too. These “muscular new gun control measures” various Democratic Party candidates for U.S. President are calling for are directed squarely at the millions of law-abiding gun owners, not common criminals, not psychopathic gang members, not psychotic lunatics, all of whom are not permitted to own and possess firearms under current federal law—federal law that in many instances isn’t enforced. And this indisputable truth compels one unmistakable, disturbing conclusion: That further gun control laws the New Progressive Left Democratic Presidential candidates are vociferously and blatantly arguing for are not directed to reducing gun violence; nor, for that matter, are they directed toward the reduction of violence of any kind. The appeal for more restrictive gun measures is a makeweight, a platitude, for on close inspection, the logic behind the appeal falls apart, and one realizes the scam for what it is and that those demanding comprehensive gun control are really calling for comprehensive population control.

President Trump and Republicans must not be hesitant in calling these Democrats out.

They should ask the question directly, first of themselves and then of the radical Left Democrats: What is the goal of the New Progressive Left Congressional Democrats in calling for gun control? Is their goal to reduce societal violence, or is it to disarm the American citizenry? Congressional legislation is a function of the matter to be addressed, and that is where attention ought to be focused. Taking Democrats at their word, if, then, Democrats truly desire to curtail violence in society, thereby promoting public safety, attention should be directed to answering that question, but attention is never directed to that question; not really, for that is not what Democrats want. That is not what they are after. What they seek is comprehensive citizen disarmament, and withal, removing the incipient threat to the unconstitutional usurpation of Government power and authority. In so doing, the New Progressive Left turns the paramount concern of the founders of our free Republic, on its head.

For an armed citizenry was precisely what the founders prescribed; for their aim was to deter the rise of tyranny, not enable it.

The Press, echoing the demands of Democratic Party Presidential Candidates, with whom the Press is in league, pretends to be interested in promoting public safety, failing to realize or even to consider that an armed citizenry is the best defense against armed assailants. The goal of the Progressive New Left isn’t really public safety at all. If it were, attention would be directed to incarcerating serial criminals in prison where they belong; placing the criminally insane in institutions where they can receive the care they need and the public can be spared the danger the criminally insane pose; and deporting illegal aliens who commit the serious crimes of rape, armed robbery, assault, and murder, instead of releasing them out into the public where they can commit crimes anew.

But, many Democrats, including their leaders, aren’t concerned about any of that. If they were, then they would spend more time campaigning for toughened sentencing against hardened criminals, and institutionalizing dangerous psychotics who have demonstrated a predilection for violence, and deporting illegal aliens who have demonstrated a proclivity toward violence. But we see none of that happening. We see; instead, Democrats spending much of their time campaigning for more restrictive gun laws, directed to the law-abiding citizen, which, if enacted, would have the perverse result of leaving the law-abiding citizen defenseless. The need for further restrictive gun laws is, then, again, just a ruse—all directed to one ultimate goal: de facto repeal of the Second Amendment, after which the amassing of Government power can take off, unconfined by the limitations imposed on Government in the first three Articles of the U.S. Constitution, and undeterred by, and no longer concerned with the threat an armed citizenry poses to Government’s usurpation of power, which the New Progressive Left has sought all along.

No longer would the need exist for the Government tyrants to go through the motions of complying with the Constitution, for the means to compel Government compliance with the limitations the Constitution imposes on Government, an armed citizenry, would no longer exist.

About The Arbalest Quarrel:

Arbalest Group created `The Arbalest Quarrel’ website for a special purpose. That purpose is to educate the American public about recent Federal and State firearms control legislation. No other website, to our knowledge, provides as deep an analysis or as thorough an analysis. Arbalest Group offers this information free.