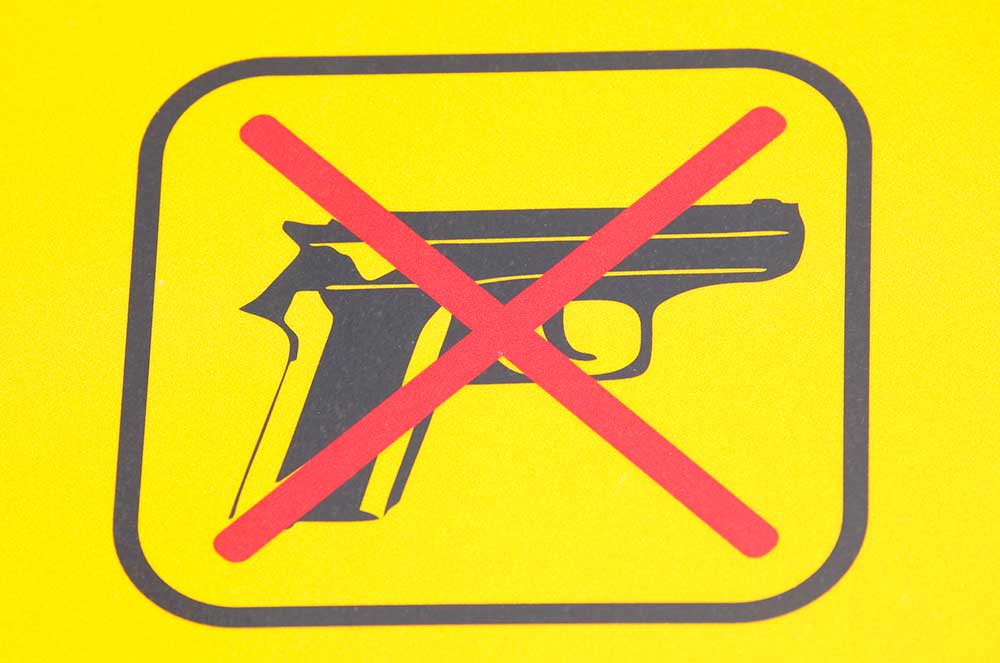 Ft Collins, CO –-(Ammoland.com)- “‘’Terrorists are coming! ‘Turn-in your weapons and go immediately to the nearest gun-free zone!’… said no human with a functioning brain in the history of our planet!” ~ Anon

Another sad, yet inevitable, result of “gun-free Zones”

In his lame excuse, a continuation of the tiresome DOD “no-guns dance,” the commander of the Pensacola Air Station where Friday’s terrorist attack took place said:

“… no sailors nor Marines, other than MPs on duty, may possess weapons on-base”

Our military bases are all gigantic “gun-free zones,” where our defenseless “unarmed forces,” wait around to be murdered by armed terrorists, and where professing “commanders” are petrified by the thought of deploying competently-armed warriors during an “in- extremis” incident.

The terrorist in this incident was ultimately shot to death, not by highly-touted Base MPs (who knows where they were) whom commanders love to talk about, but by audacious Escambia County Deputies, who entered the Base with guns, probably in violation of the “rules!”

The question needs to be asked loudly and openly:

“What is it exactly within the mission of our military that apparently prevented armed sailors and armed Marines from promptly confronting, with deadly force, a single armed enemy of the United States, who was in the process of actively murdering innocent persons on a domestic US military installation?”

One can see clearly the way Democrat-promoted anti-2A sentiment has saddled us with this obviously self-destructive philosophy.

Likewise, both Lenin and Stalin, and their elite Communist cadres cynically viewed their own praetorian guards as only in-place to serve the short-term purpose of protecting them.

All were eventually shipped off to gulags, or liquified, then casually replaced with naive new recruits.

In the “class-free” Soviet Union, nearness to Communist despots brought with it neither job security, nor life security.

Nearness to liberals (their spiritual ascendants) is no different, which is surprising only to the naive.

“Not every crisis can be ‘managed.’ As much as we want to keep ourselves ‘safe,’ we cannot be protected from everything. When we want to embrace life, we also have to embrace chaos!” ~ Susan Phillips