Four Democrats, including the incumbent, are vying to be Cook County state’s attorney.

Bill Conway, a DePaul University professor; Bob Fioretti, a private-practice attorney and former Chicago alderman; Kim Foxx, the incumbent and first African American woman to run the office; and Donna More, a private-practice attorney and the first woman to be chief legal counsel to the Illinois Gaming Board, are all seeking to be the Democratic nominee for the post.

The winner of the March 17 primary will face one of two Republicans in the fall.

Conway and Fioretti were not available for Cook County Chronicle interviews. Information about them is taking from their websites.

Conway: A former assistant Cook County state’s attorney, Bill Conway was part of the office’s Public Corruption and Financial Crimes Unit. He served in Qatar and Afghanistan as a Naval intelligence officer. In addition to his law degree, Conway holds a master’s degree in business administration from the University of Chicago. He teaches finance at DePaul and lives in Chicago with his wife and daughter.

Fioretti: A civil rights attorney, Bob Fioretti is a former two-term Chicago alderman. He represented the family of Baby Tamia in the high-profile adoption case that led to changes in Illinois adoption law. He has been appointed a special assistant attorney general and special assistant state’s attorney in numerous cases. His trial experience includes more than 500 verdicts and decisions. 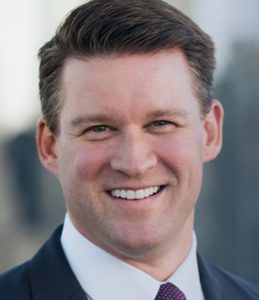 Foxx: An assistant state’s attorney for 12 years, Kim Foxx also worked as an attorney advocating for children navigating the child welfare system. She served as chief of staff for Cook County Board President Toni Preckwinkle. Foxx is a graduate of Southern Illinois University, with a bachelor’s degree in political science and juris doctor degree from the SIU School of Law.

More: A Georgetown Law graduate, Donna More is a former assistant U.S. attorney and Cook County state’s attorney, serving in the felony division. She helped to launch the billion-dollar riverboat gaming industry in Illinois as the state Gaming Board’s chief legal counsel. As a private attorney, she has helped small-business owners comply with compassionate care laws. More also ran for the position in 2016.

Fioretti: He said that an independent voice in needed in the office. “The insiders of the Cook County Democratic Party, such as (Chicago Ald.) Ed Burke and Toni Preckwinkle will not have a puppet in the State’s Attorney’s Office,” Fioretti said. He said that he has always been fiercely independent. “The insiders know that, which is why they always oppose me,” Fioretti said.

Foxx: The incumbent said she is running again because “we’ve made a lot of progress in the first term. We have driven down violent crime, but there is so much more work to do.” She said she has a big agenda that includes addressing the mental health aspect of drug addiction. “All that I want to do requires another term,” Foxx said. 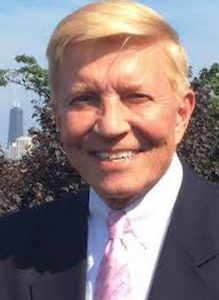 More: “It’s always a position that has been on my mind,” More said. “I have continued to look at how we dispense justice in Cook County.” She said there is no better training ground for the job than the years she spent in the State’s Attorney’s Office and the U.S. Attorney’s Office. She said her time as a private-practice attorney has given her more perspective about the office.
Conway: He said he is running for two simple reasons: “The criminal justice system must be fairer, and it must keep us safer.” He said he will end the office’s special treatment for the “rich and well-connected.” He said he won’t just talk about the gun-crime epidemic he will do something about it by taking on the National Rifle Association.

Foxx: The incumbent said it is ironic that some of her opponents have questioned her prosecutorial experience. “I spent 12 years as an assistant state’s attorney, five of those in a supervisory role,” Foxx said. “As state’s attorney, you are not in court, you are managing 1,300 people. You need an experienced manager. We have tackled some of the most heinous, most troublesome issues of the day.”

More: She said a strong leader is vital for the office. “Respect is something that has to be earned. It has to come in response to your conduct,” More said. She said there is a morale problem in the office. “How do you have morale when the state’s attorney says she has more in common with the defendants than the prosecutors?” More asked. 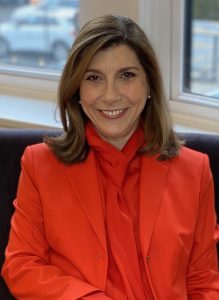 Conway: He said it will take a strong leader to halt the gun violence plaguing Chicago and suburban neighborhoods. “Working in our communities and with our neighboring counties and states, we can make our neighborhoods safer by tracking and shutting down the supply chain that brings illegal firearms into Cook County, and by going after the gangs profiting from the sales of these guns,” Conway said.

Fioretti: The lawyer said that he is the only candidate for state’s attorney who has credibility with all stakeholders. “In my campaign for (Cook) County Board president, I was endorsed both by Black Lives Matter and every law enforcement group in Cook County,” Fioretti said. “This is because they know that when it comes to law enforcement, I can bring everyone together.”

Two Republicans both say they are the best choice for Cook County state’s attorney.

Pat O’Brien, a former Cook County Circuit Court judge; and Christopher Pfannkuche, a former prosecutor for three agencies, are both vying for the Republican nomination in the March 17 primary election.

The winner will face the Democratic nominee in the fall.
Background 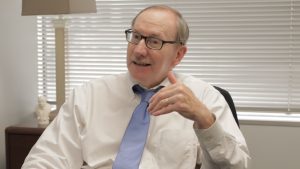 O’Brien: Working twice in the Cook County State’s Attorney’s Office, Pat O’Brien served in leadership positions in the office’s Felony Review Unit and Criminal Division. He served as chief deputy, accountable for more than 800 assistant state’s attorneys. He also served as an assistant Illinois attorney general. In 2006, he was elected a judge in Cook County Circuit Court, where he presided in Criminal and Civil division courtrooms for eight years before returning to private practice.

Pfannkuche: A career criminal prosecutor, Christopher Pfannkuche is also a licensed private detective, police training instructor, certified teacher, university professor and published author. During a more than 30-year career, he has been a criminal prosecutor for the Cook County State’s Attorneys Office, the Special Independent Prosecutor’s Office and the Macon County (Ill.) State’s Attorney’s Office. He has prosecuted violent crimes, including murders, sex offenses, armed robberies and home invasions, as well as drug and weapon offenses. 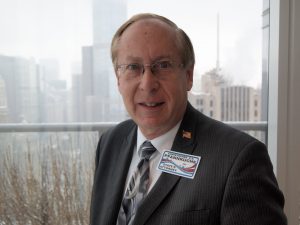 Pfannkuche: “Being a prosecutor has been my profession all of my life,” he said. “I was in the Cook County State’s Attorney’s Office for 31 years, trying everything from speeding tickets to murder.” He said his two favorite shows growing up were “Perry Mason” and “Sky King,” noting that he followed both paths — becoming a private pilot and a prosecutor. “I’ve wanted to be a prosecutor all my life. What can you do for a career better than trying to fight for justice for the people in the trenches?” he asked.

O’Brien: He said under the past two state’s attorneys, there has been a drop in jury trials, meaning the emphasis has been on settling cases, not getting fair punishments. “Under (Kim) Foxx, there are fewer jury trials in the 50 courtrooms,” O’Brien said. “… Foxx has accelerated that. The system is letting victims down. It is not as effective.” He said by encouraging prosecutors to get suspects to plead guilty, Foxx is not making a dent in crime as offenders are only getting a slap on the wrist in plea deals.

O’Brien: The former prosecutor and judge said the first thing that must be done is bringing partner agencies together and tell them that the focus of the State’s Attorney’s Office is going to be different. “I will let them know that things will be changing, that we are going to be prosecuting again. I would work with the FBI and ATF and let them know we are back in the business of prosecuting, that we are not going to look away and say, ‘We do not have the resources to prosecute crimes.’ I am willing to ask for the resources.”

Pfannkuche: The candidate said he has the experience as a former prosecutor to let partner agencies know that everything in the office would be changing. “Experience matters,” Pfannkuche said. “The current state’s attorney has no experience. She has not even tried a speeding ticket.” He said no other candidate in the race — Republican or Democrat — has his experience in fighting crime. Pfannkuche said getting assistant state’s attorneys out into communities and working with leaders in those communities is one of his plans for addressing crime. He said prosecuting retail thefts again is a step he would take as well.

Pfannkuche: The former prosecutor said it is good to have a person from the other party watching the political leaders of the county. “There has not been a single political indictment that has come from the State’s Attorney’s Office. You can’t have someone in your own party investigate you,” he said. “That’s not a government watchdog.”

O’Brien: “We are at a tipping point,” he said. O’Brien said the county needs to take the necessary steps to readdress law enforcement partners and go after criminals. “We can’t have a politician in the office,” he said. “From Day 1, I will put a plan in place. People are ready to have confidence in the office again.”

O’Brien: The former judge said Kim Foxx cannot just decide to raise the dollar amount for charging suspects with felony retail theft. “You can’t just randomly raise the threshold for charging someone with retail theft from $300 to $1,000,” O’Brien said. “You have to go through the legislature and get them to consider changing the law.”