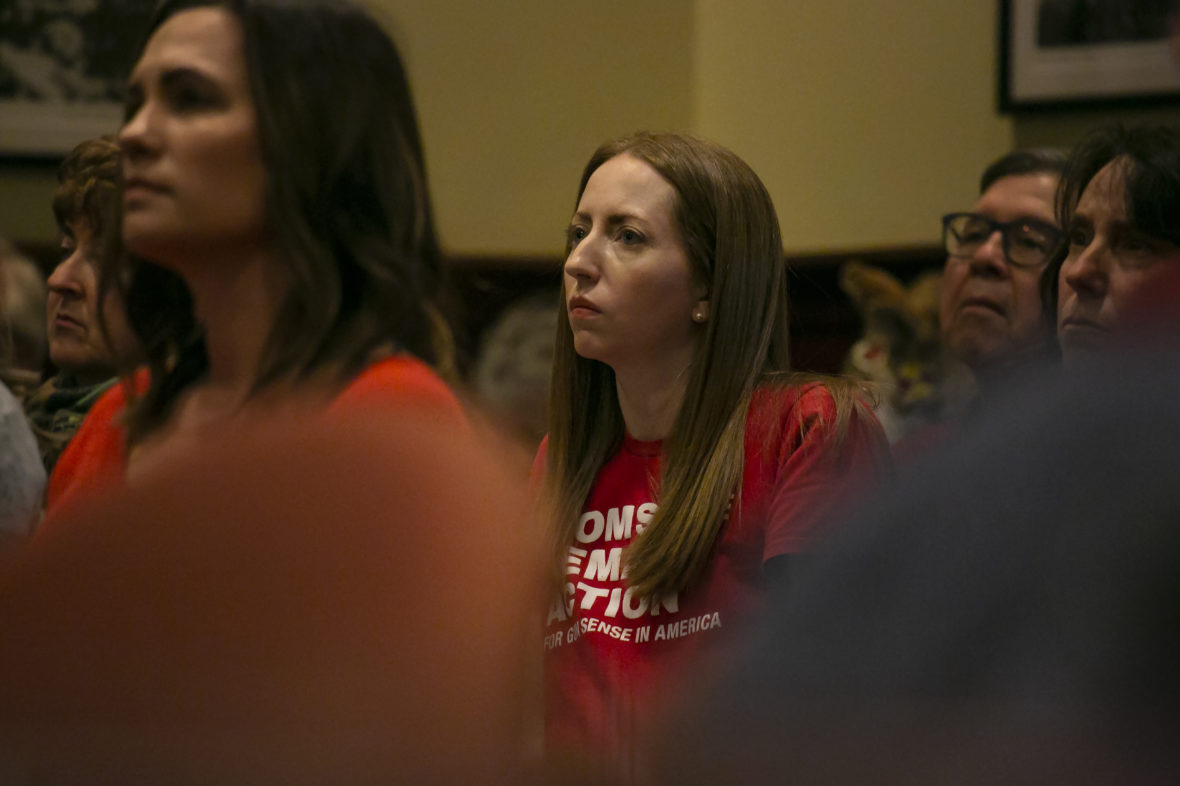 Opponents say the bill would increase the risk of a tragedy.

The Senate State Affairs Committee could weigh in Friday.

Senators took no action Wednesday on SB 1384, which would allow school employees with enhanced concealed weapons permits to carry firearms in school. The committee hearing will continue Friday, and a vote could follow.

Lakey’s bill would do several things.

“This isn’t about toting guns or puffing up,” said Rep. Chad Christensen, R-Ammon, one of the bill’s House co-sponsors. “It’s about our children, and their safety.”

“We believe those decisions are best kept at the local level,” said Karen Echeverria, executive director of the Idaho School Boards Association. Echeverria argued for maintaining the status quo — which allows local trustees to decide whether to allow their employees to carry concealed weapons, and integrate their concealed carry decision into a school safety policy.

Idaho Education Association counsel Paul Stark also urged the committee to kill SB 1384. The best way to keep schools safe is to invest in hiring school resource officers. Failing that, he said, policy decisions should be left with local officials.

But citizen activists had little time to voice their views.

About a dozen members of Moms Demand Action, a gun-control group, were allowed to speak, but each were given only a minute to speak.

Taryn Koch, a former middle school teacher from Boise, said arming schools would only increase the risk of “unintended consequences.” Keri Steneck, a veteran and gun owner, said school employees would not be adequately trained to protect students and staff.

But Eric Parker of The Real 3%ers Idaho, a Second Amendment-rights group, urged the committee to pass SB 1384. Parker quoted from several news reports on the 2018 Parkland, Fla., mass school shooting, which indicated that an SRO did not immediately act to stop the attack.

Sen. Patti Anne Lodge, R-Huston, said she wants the committee to hear from other bill supporters and law enforcement groups before voting on SB 1384.

This article was originally posted on IdahoEdNews.org on March 11, 2020.