By James Gordon For Dailymail.com

The National Rifle Association has fired back after a video it published on Saturday was deemed to be ‘sickening’ by a Democrat in the Senate.

During the course of the video she makes clear her reasons as to why she needs to have a firearm and speaks of her worry that the government will eventually ‘lose control’ and not be able to protect individual citizens and urges people to arm themselves. 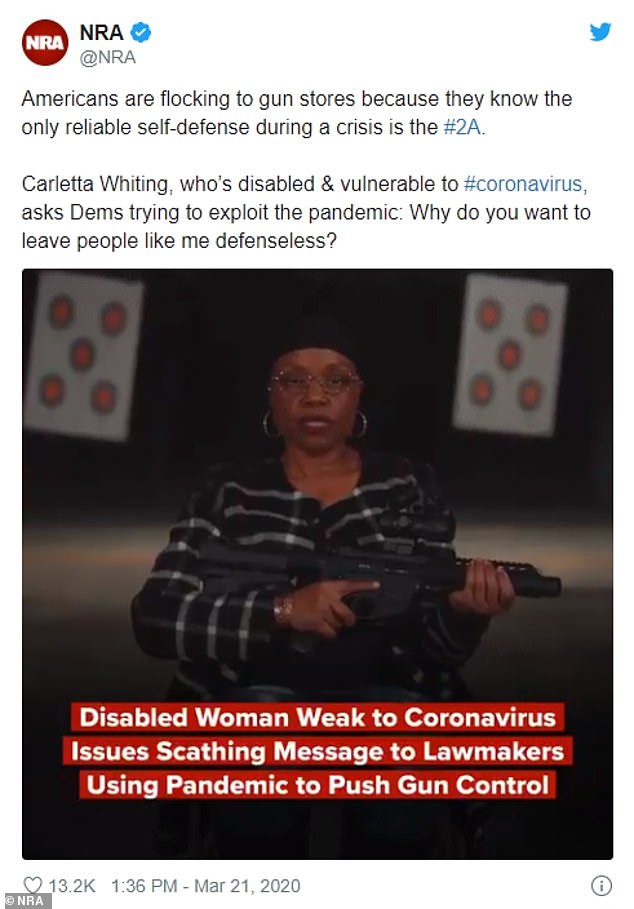 Senator Chris Murphy, a Democrat from Connecticut declared the video to be ‘sickening’ that the NRA was urging gun-owners to not only stockpile food but weapons as well.

In Whiting’s video, she argues that just stocking up with food will not be enough.

‘Mainstream gun owners have left the NRA, so now they’re reduced to telling people to stockpile assault weapons, instead of food, to get ready for the coming Coronavirus civil war,’ Murphy tweeted. ‘So sickening.’

The NRA was quick to respond and declared Murphy’s attack to be part of Democrats efforts to strip Americans of their gun rights. 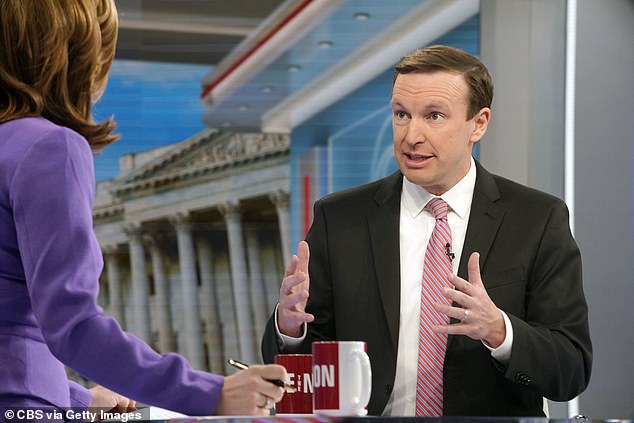 ‘Sen. Murphy is either being intentionally disingenuous or is obtuse,’ the NRA’s director of media relations, Amy Hunter, told Fox News. ‘Carletta Whiting is one of millions of Americans who feel vulnerable and who know that when crime happens, the police are minutes away — despite their best intentions.

The NRA video showcases other instances when during times of crisis state governments have sought to restrict gun rights such as in New Orleans during hurricane Katrina and its aftermath.

It’s a thought echoed by Whiting in the clip. 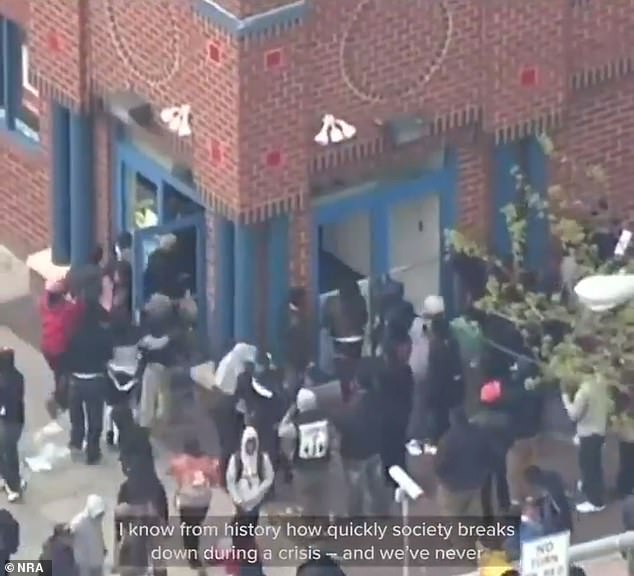 The NRA’s video showcased a number of incidents in recent history where society was on a crisis footing and people relied on their weapons for protection, such as hurricane Katrina 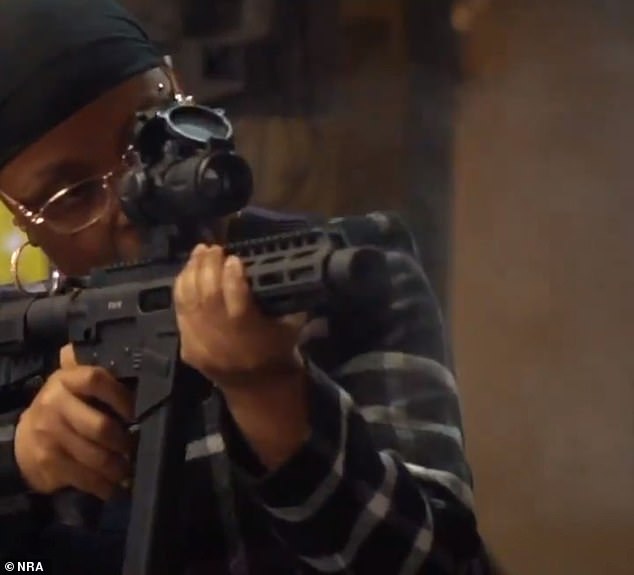 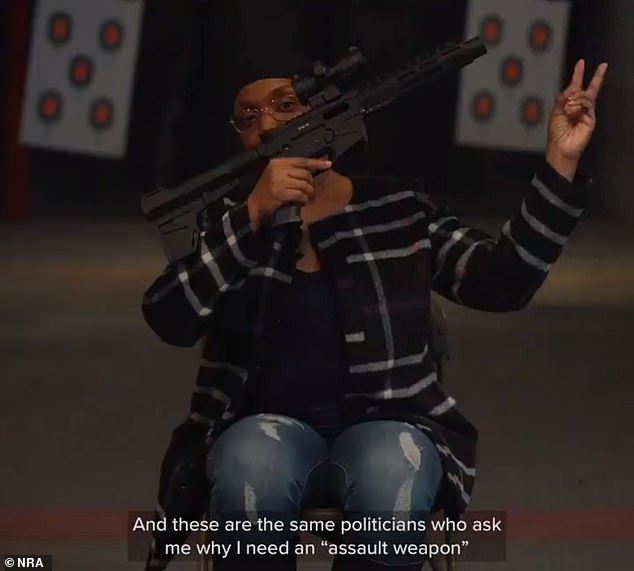 ‘I know from history how quickly society breaks down during a crisis, and we’ve never faced anything like this before, and never is the Second Amendment more important than during public unrest.

‘What’s in my control is how I defend myself if things go from bad to worse,’ Whiting states in the alarming video.

Whiting is then pictured firing a round from her AR-9 rifle. 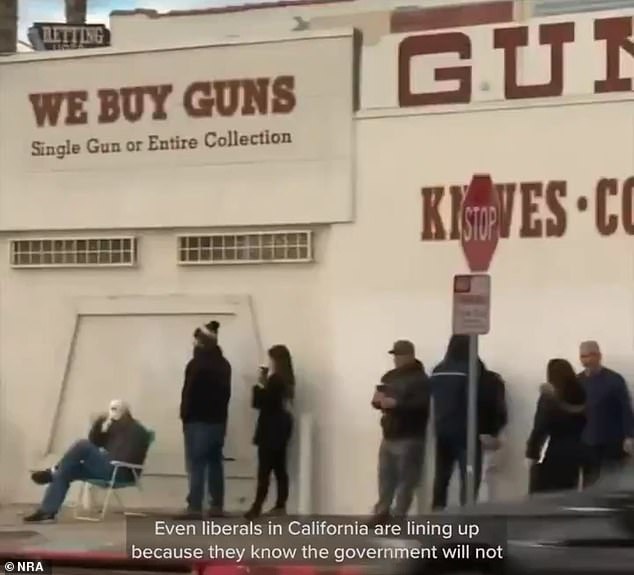 In an attempt by the NRA to appeal to Democrats, Whiting tells how ‘even liberals in California are lining up because they know the government will not be able to protect them.’

The numbers of American’s buying guns ammunition and body armor appears to have had a sharp increase since the coronavirus became a concern.

In March, the FBI’s National Instant Criminal Background Check (NICS) which is checked every time someone attempts to purchase a firearm was said to have seen three times more checks compared to the same time last year.

Agencies in Colorado and Virginia say they have had almost double the number of background checks being carried out due to gun purchases compared to 2019, according to Fox News.