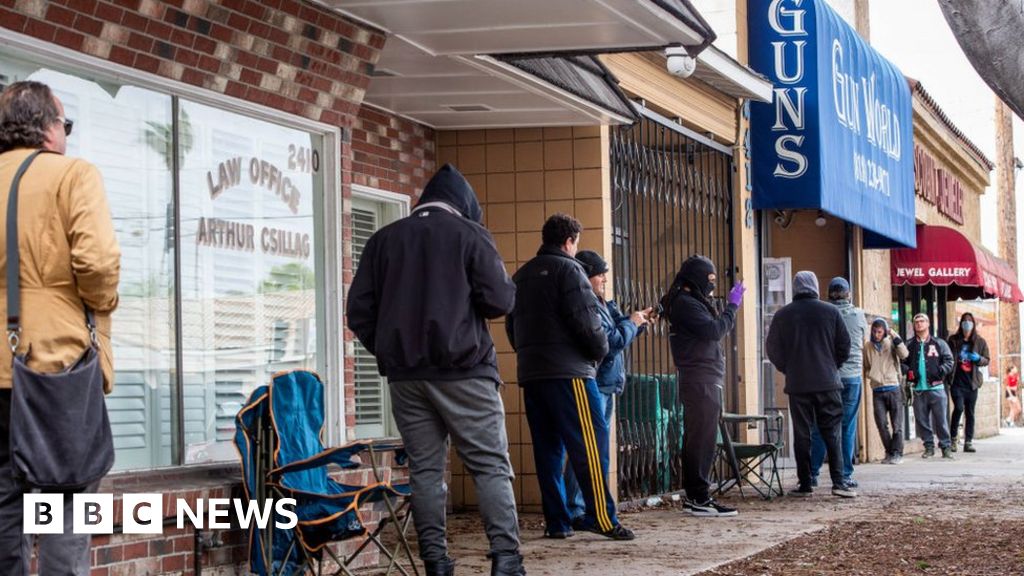 Los Angeles County is reopening gun shops to the public after a federal memo listed them as “essential” businesses.

The LA county closures had prompted a lawsuit from gun rights groups.

The change comes amid a national dispute over whether gun access is critical amid the Covid-19 pandemic.

Mr Villanueva said that though the memo was non-binding, it has national scope and he would therefore open shops closed last week.

Previously, Mr Villanueva had told gun shops to close in the nation’s most populous county, as long queues due to panic-buying posed health risks.

California’s Governor Gavin Newsom, who issued a state-wide stay at home order to combat the spread of Covid-19 earlier this month, has said each of the state’s counties may determine whether firearm stores, like groceries and pharmacies, were essential businesses permitted to remain open.

The state has seen over 130 deaths due to the novel coronavirus. The US currently has over 164,000 confirmed cases.

An order was issued closing gun stop to the public, but dealers could continue to do business with police, security companies and some residents who had not yet collected their previously purchased firearms.

The National Rifle Association – one of the most powerful gun lobby groups in the US – and other pro-gun groups filed a federal lawsuit against California officials on Friday over store closures. The mandatory closures violated the US Constitution’s Second Amendment right to bear arms, the suit said.

Gun control groups have argued keeping these shops open is not safe in a pandemic.

Across the nation, Covid-19 has caused a rise in firearm sales, including from many first-time buyers, local media report. States have taken different approaches to gun access amid the Covid-19 crisis.

Pennsylvania residents may also continue to buy firearms as long as they abide by social distancing guidelines.