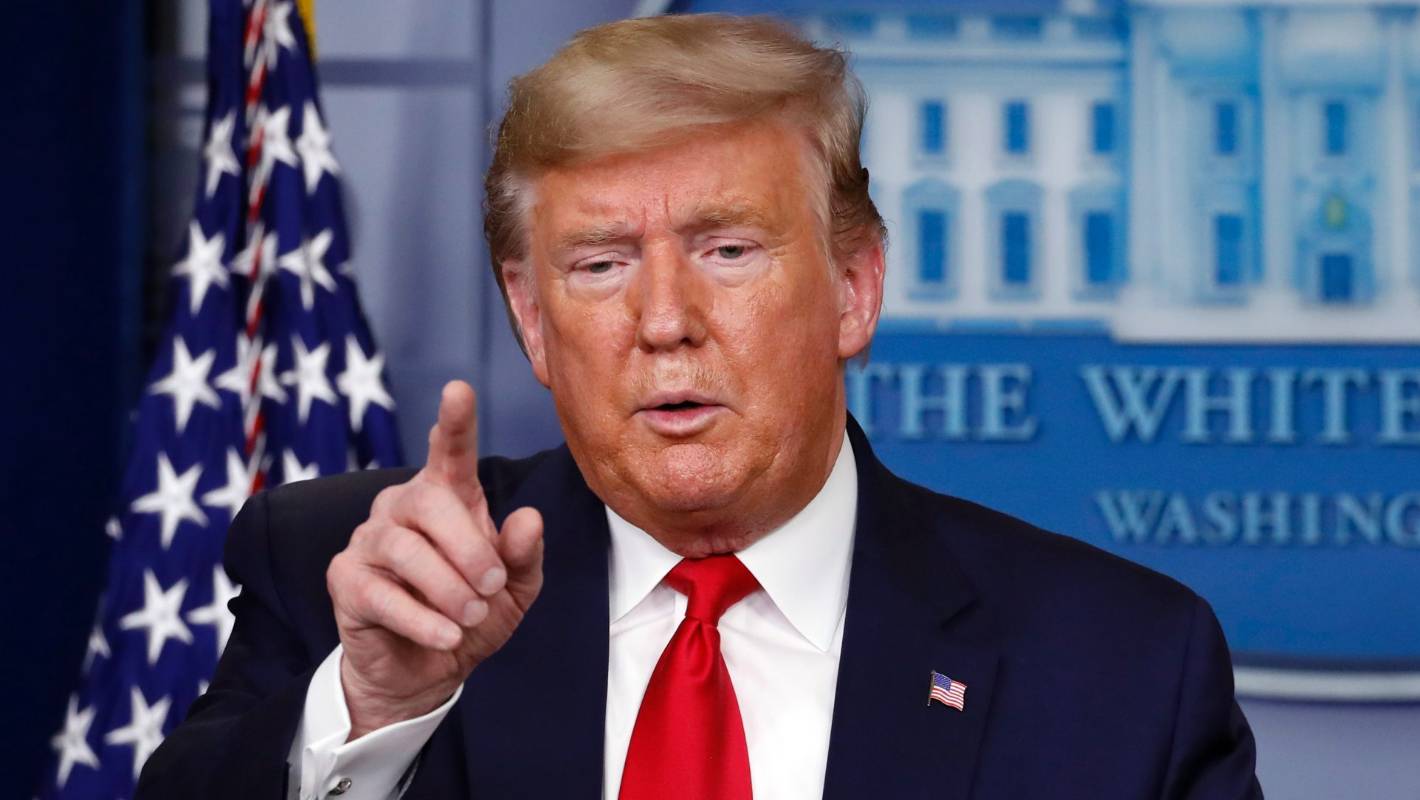 The Trump administration has ruled that gun shops in the United States are considered “essential” businesses that should remain open as other businesses are closed to try to stop the spread of coronavirus. Gun control groups are balking, calling it a policy that puts profits over public health after intense lobbying by the firearms industry.

In the past several weeks, various states and municipalities have offered different interpretations of whether gun stores should be allowed to remain open as Americans stay at home to avoid spreading the virus. In Los Angeles, for example, County Sheriff Alex Villanueva has twice ordered gun shops in his territory to close, leading to legal challenges from gun rights advocates.

After days of lobbying by the National Rifle Association (NRA), the National Shooting Sports Foundation (NSSF) and other gun groups, the Department of Homeland Security (DHS) this past weekend issued an advisory declaring that firearms dealers should be considered essential services – just like grocery stores, pharmacies and hospitals – and allowed to remain open. The agency said its ruling was not a mandate but merely guidance for cities, towns and states as they weigh how to prevent the spread of the coronavirus.

Still, gun control groups called it a move to put profits over public health. The Brady group on Monday filed a Freedom of Information request with DHS seeking emails and documents that explain how the agency reached its decision to issue the advisory and to determine if it consulted with any public health experts.

Key information: Sign up to get Stuff’s daily coronavirus situation report email newsletter. It’s a quick summary of the essential updates from New Zealand and around the world on Covid-19.

For most people, the new coronavirus causes mild or moderate symptoms, such as fever and cough, that clear up in two to three weeks. For some, especially older adults and people with existing health problems, it can cause more severe illness, including pneumonia, and death.

“The gun lobby is not willing to stand for a few days or a few weeks of less profit in order to protect public health, and it’s outrageous and definitely not required by the Second Amendment,” said Jonathan Lowy, chief counsel for Brady. He added later: “It’s a public health issue, not a Second Amendment issue. The fact is that guns, the nature of guns, require that they be sold with a lot of close interaction. They can’t be sold from vending machines, can’t be sold with curbside pickup.”

The gun lobby has been pushing back vigorously against places where some authorities have deemed federally licensed gun dealers are not essential and should close as part of stay-at-home directives. The gun lobby has said it’s critical these shops remain open so Americans, who are buying firearms in record numbers, have the ability to exercise their constitutional rights.

In recent weeks, firearm sales have skyrocketed. Background checks – the key barometer of gun sales – already were at record numbers in January and February, likely fueled by a presidential election year. Since the coronavirus outbreak, gun shops have reported long lines and runs on firearms and ammunition.

Background checks were up 300 per cent on March 16, compared with the same date a year ago, according to federal data shared with the NSSF, which represents gunmakers. Since February 23, each day has seen roughly double the volume over 2019, according to Mark Oliva, spokesman for the group.

In Texas, the attorney general there issued a legal opinion saying that emergency orders shuttering gun shops are unconstitutional. That stands in contrast to some municipalities, such as New Orleans, where the mayor has issued an emergency proclamation that declares the authority to restrict sales of firearms and ammunition.

​NSSF and other gun lobbying groups hailed the ruling as a victory for gun owners, especially first-time buyers of a firearm who are concerned that upheaval and turmoil over the virus could affect personal safety.

“We have seen over the past week hundreds of thousands, even millions, of Americans choosing to exercise their right to keep and bear arms to ensure their safety and the safety of loved ones during these uncertain times,” said Lawrence Keane, senior vice president and general counsel for NSSF. “Americans must not be denied the ability to exercise that right to lawfully purchase and acquire firearms during times of emergency.”

Brady’s Lowy said it shouldn’t be considered a violation of Second Amendment rights since it’s temporary and in the midst of a pandemic. He likened it to constitutional rights to peaceably assemble, a right that is being curtailed at the moment as Americans practice social distancing.

The vast majority of states are allowing gun shops to remain open. However, some states that have been the hardest hit by the coronavirus have ruled that gun shops are not essential and should close. In the absence of a mandate from federal authorities, gun groups have been filing lawsuits challenging state and local authorities who are ordering gun shops and ranges to close.

The NRA thanked US President Donald Trump for the DHS ruling. The NRA has been an unflinching backer of Trump, pumping about US$30 million (NZ$50m) toward his 2016 campaign.