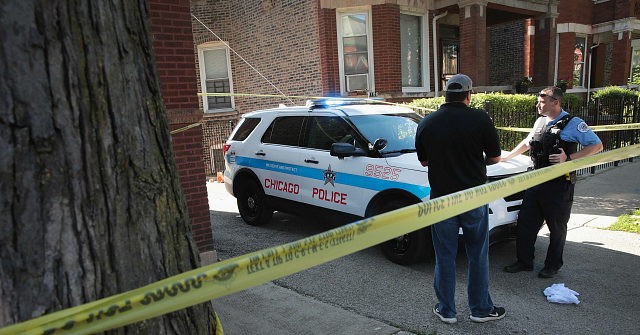 Video released from an April 4, 2020, Arlington Heights, Illinois, home invasion shows two masked suspects walking up to the front door of house, one of whom gets pummeled by the homeowner.

Breitbart News reported that incident last week, but the full doorbell video had yet to be released. Now it has and you can see for yourself below:

WGN 9 reported the incident occurred in broad daylight, after Brodacz and 38-year-old Bradley Finnian allegedly rang the doorbell, then pulled a gun and forced their way inside once the homeowner answered the door. The homeowner responded by chasing Finnian out of the home while punching him repeatedly.

The Chicago Sun-Times reported police indicated the homeowner shot and killed the second suspect to protect his family. Police said, “Fearing for his life and the lives of his wife and children, the homeowner discharged a round from the family handgun, striking Mr. Brodacz in the abdomen.”

AWR Hawkins is an award-winning Second Amendment columnist for Breitbart News and the writer/curator of Down Range with AWR Hawkins, a weekly newsletter focused on all things Second Amendment, also for Breitbart News. He is the political analyst for Armed American Radio. Follow him on Twitter: @AWRHawkins. Reach him directly at awrhawkins@breitbart.com. Sign up to get Down Range at breitbart.com/downrange.