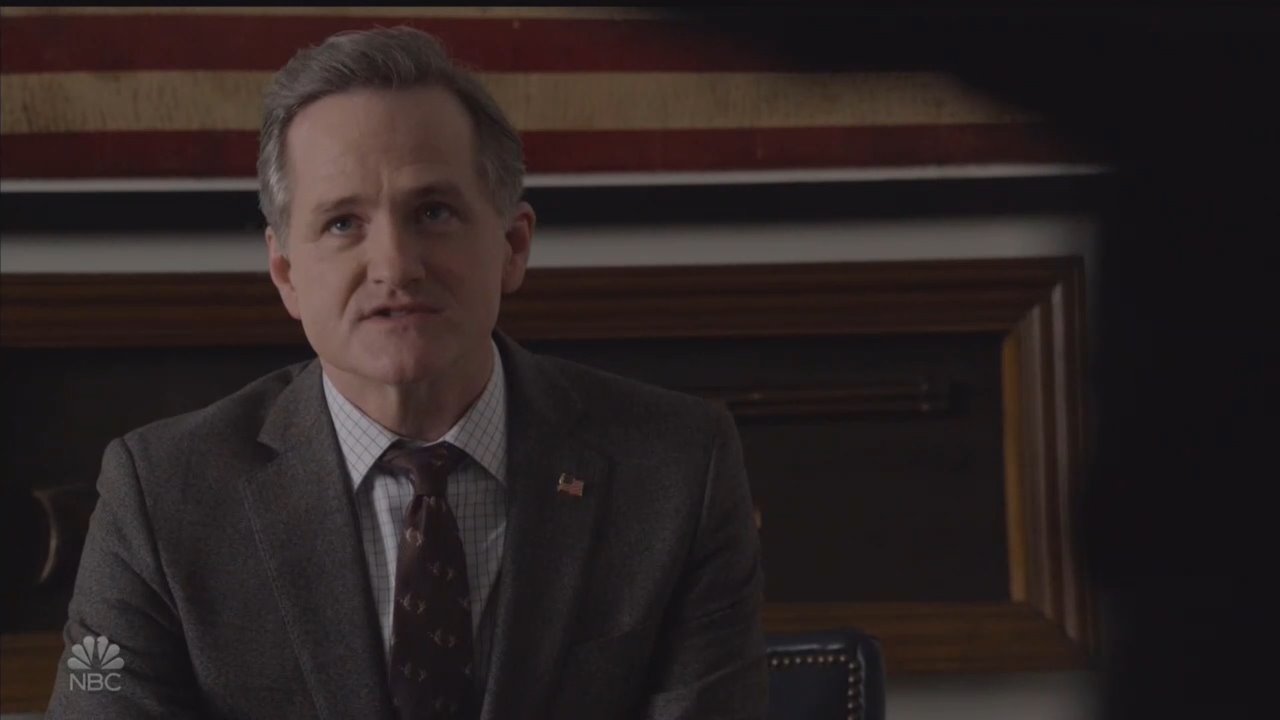 The April 17 episode “Gordon Kemp” sees FBI informant Raymond Reddington (James Spader) witness a shooting at a mini market and become unusually concerned about the death of the counter girl there. It turns out that the weapon in this case was made by Gordon Kemp (Jim True-Frost), whom Reddington classifies as a “blacklister” for creating a cheap new gun for the market: the FineCal 9. Yes, a gun manufacturer is on a list that includes kidnappers, murderers, and traitors for the crime of making guns, but the situation grows worse.

Considering this is a liberal show, Kemp comes off as negligent, money-focused, and borderline sociopathic when it comes to gun issues. After the above shooting, he’s also way more focused on spinning the narrative than on the innocent lives lost which helps justify Reddington’s insistence that they arrest him for something. As Reddington puts it, “So many for so long have been innocent. I’m sick of it.”

Lucky for the FBI, they find proof of him looking the other way during a straw purchase of his weapons at a gun show (natch). This leads to an arrest and interrogation where he shows just how much of an obnoxious strawman he truly is.

Ressler: We have you on video advocating a sale of 30 semiautomatics to a 24-year-old woman you had to know was a straw purchaser.

Kemp: I had to know? You guys are agents, right? Not lawyers.

Elizabeth: It has to bother you that a young woman like Sofia Salgado was murdered using one of your guns.

Kemp: I feel terrible about Ms. Salgado and every victim of gun violence killed by my weapons or any weapons. I make guns. I don’t get to choose how people use them. Nobody goes after the carmakers when a driver intentionally runs someone down.

Elizabeth: Is that your vision for the world, Mr. Kemp? That we only care about people, about human life, when the law explicitly tells us we have to?

Kemp: Oh, sorry, I thought I was with the FBI, not The Brady Campaign.

Ressler: Look, I’m a member of the NRA, and I believe in the Second Amendment, but what you do, pouring more and more weapons into high-crime areas — that has nothing to do with keeping a well-regulated militia and everything to do with making a buck.

Kemp: And I make more of it every time a shooting goes viral. Not only am I not stopping, I’m ramping up production. In fact, I just ordered shipment of 6,000 FineCals from my factory in Atlanta to my distribution center in Chicago.

Kemp: Is this a great country, or what?

Leave it to The Blacklist to try and make a high-profile criminal like Reddington seem moral compared to a gunmaker. Once a lawsuit against Kemp falls through, Reddington attempts to find justice in other ways. First, he attempts to hijack the shipment of guns. However, when that fails, he takes a more desperate route and outright shoots Kemp in his own home. And, somehow, Reddington is still given the moral high ground.

Reddington: Yes, yes, of course. You dot the I’s, cross the T’s, and, in your world, those rules protect you. But in my world, there are no laws to hide behind. You can act in bad faith as long as you’re willing to face the consequences.

Reddington: The wrath of men like me. I object to what you’re doing, and I don’t need to convince any court to agree with me. In my world, if I think you’re guilty… I just execute sentence.

Kemp: Please. Please, don’t do this.

Reddington: I heard — heard someone else beg at the point of one of your guns. She said please, too. And then she was murdered. Now, I understand it can be hard to see tragedy for what it is until that tragedy befalls you or a loved one. Well, I’m here to tell you that’s happening to you. About an hour ago, a violent criminal bought one of your FineCal 9s on the street for $100, and now that criminal is going to shoot you with it. Tragic.

Liberals on television clearly do not like guns, but The Blacklist may be one of the few shows that actively hates the gun-makers. Despite how things are portrayed, Kemp is correct in reminding people that gun manufacturers are not responsible for how criminals illegally use their weapons. And Kemp is also right in reminding people that fear-mongering the public only increases gun sales. Beyond looking the other way in a straw purchase, everything Kemp does in this episode is protected under law. However, Reddington responds, “How did Dickens put it? If the law says that, then the law is an ass.”

In response, I’ll answer with how Maya Angelou put it: when people show you who they are, believe them. This is what liberals think of gun-makers, believe that.