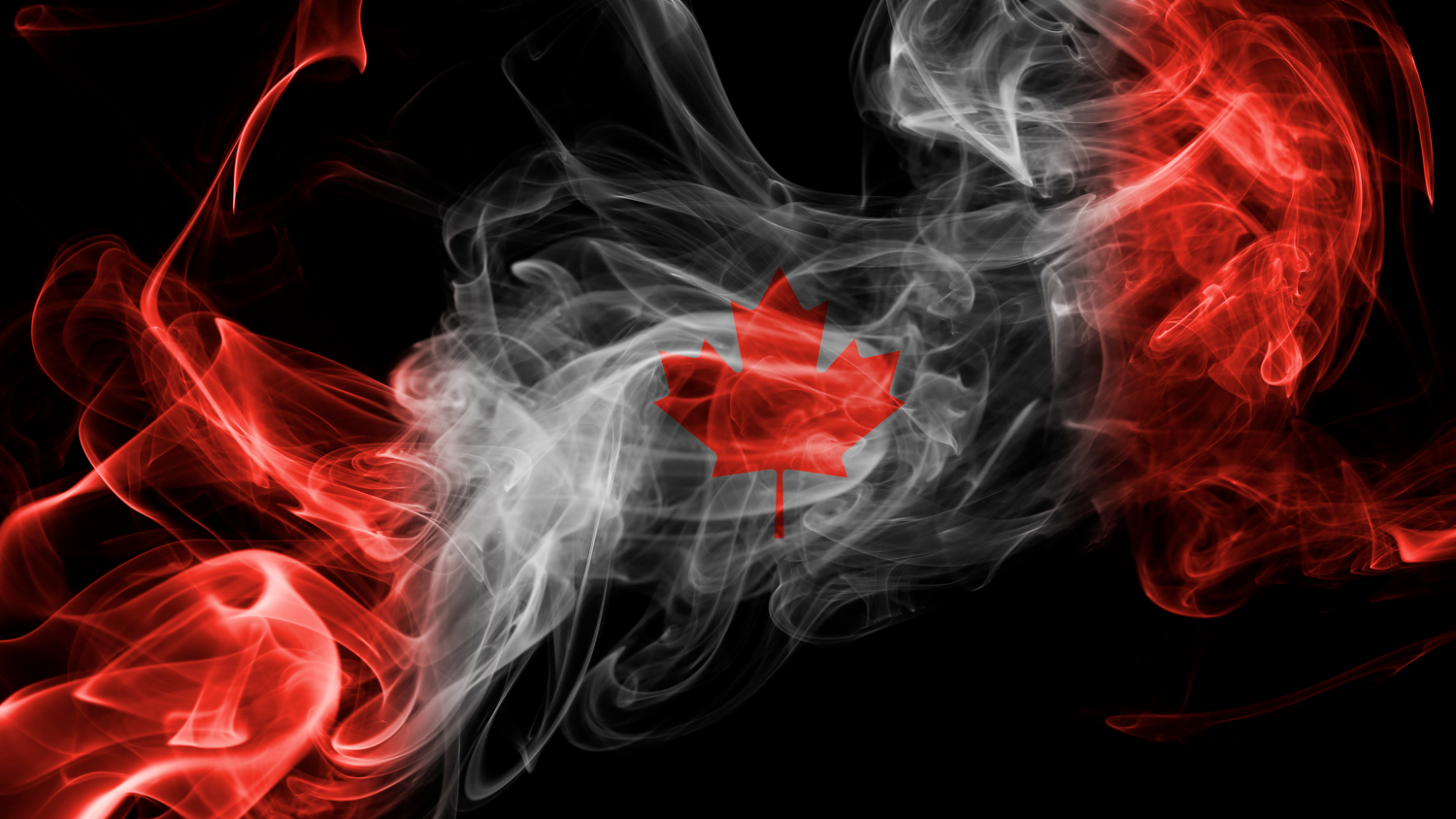 On May 1, Prime Minister Justin Trudeau announced his government’s latest gun control measure, a wide-ranging ban on thousands of semiautomatic guns. Speaking at a press conference, he advised:

Today we are closing the market for military grade assault weapons in Canada. We are banning 1,500 models and variants of these firearms by way of regulations. These weapons were designed for one purpose and one purpose only, to kill the largest number of people in the shortest amount of time. There is no use and no place for such weapons in Canada… So, effective immediately, it is no longer permitted to buy, sell, transport, import, or use military grade assault weapons in this country.

To “protect law abiding gun owners from criminal liability until they can take steps to comply with this new law,” the new ban includes an “amnesty period” that expires on April 30, 2022. Given that sales and similar transfers are now illegal, the Prime Minister added that his government will “legislate fair compensation.”

Bill Blair, the Minister of Public Safety and Emergency Preparedness, followed Mr. Trudeau’s announcement with his own remarks. According to him, the banned guns are not designed for hunting or sport shooting, but are “guns that were designed for soldiers to kill other soldiers…guns that belong on a battlefield and not on our streets.”Speaking of Canada’s law abiding gun owners, he proclaimed:

They respect our laws and we respect them. I want to assure hunters and farmers and target shooters in this country that nothing that we are doing today or will do in the future is intended to interfere with this lawful, responsible and legal activity. However, we are today ending the availability of weapons that were not designed for hunting or for target shooting…

As is the case in America, the term “assault weapon”(and Trudeau’s even more obscure “military grade assault weapon”) have no definite meaning. An “engagement paper”issued by Canada’s Department of Public Safety and Emergency Preparedness in late 2018 acknowledges as much. “‘Assault weapon’is not a legally defined term in Canada’s firearms legislation.”Instead, firearms are classified as non-restricted (prior to May 1, most hunting rifles and shotguns), restricted (most handguns and certain semi-automatic firearms), and prohibited (prior to May 1, other handguns and fully automatic firearms). Indeed, if “assault weapon”was used to describe any semiautomatic firearm “with a large magazine”and “designed and configured for rapid fire,”the paper concluded that the term would include many non-restricted guns owned and used by Canadians for lawful activities like target shooting and hunting.

Instead, regulation SOR/2020-96 amends the existing list of “prohibited”firearms to add approximately 1,500 firearms “of the designs commonly known”by the listed make and model. The amendment also includes any present or future “variants or modified versions”of these guns, and the upper receiver of any firearm referred to in item 87 of the amendment (which become “prohibited devices”). All of these, regardless of actual intended design or function or provenance, are now “prohibited”firearms.

The second regulation, SOR/2020-97, establishes an amnesty period for any person who lawfully owns or possesses a prohibited firearm or prohibited device. The amnesty allows the person to deactivate or destroy the firearm or device, or deliver it to “a police officer for destruction or other disposal,”or legally export it. A business entity is permitted to try and return prohibited items to the manufacturer. Possession of the gun or device is allowed during the amnesty, but all transport of the gun or device is prohibited unless the transport is related to its deactivation, destruction, surrender, or export (and even so, the route travelled must be one that is “reasonably direct,”where the transporting vehicle is never left unattended).

Use of the firearm or device is also completely prohibited, with one exception. If a firearm was a non-restricted firearm as of April 30, 2020, the owner may continue to use (and transport) it to hunt in the exercise of an aboriginal or treaty right, or to hunt or trap to “sustain the person or their family”until another firearm for that use is obtained.

Despite the unequivocal assertions of the Trudeau government, even a quick scroll through SOR/2020-96 reveals a number of competition-target shooting rifles and collectables (e.g., B.C.’s Dlask Arms DAR-701 Canada 150th Anniversary limited edition receiver), none of which are likely to have appeared on a military battlefield in any capacity. The regulation also bars every target shooting, varmint hunting, and heavy-barreled model of AR-15.At the very least, the claim that there is “no use and no place”for any of these prohibited guns in Canada is completely contradicted by the exception allowing continued use of these firearms for hunting by Indigenous persons exercising aboriginal or treaty rights, or for subsistence hunting and trapping.

Also contradicting the claim that the new regulations don’t affect sporting arms is the regulation of firearms with bore diameters of 20 millimeters or greater. According to a legal analysis that Canadian attorney Ed Burlew produced for the Canadian Shooting Sports Association, many 12 and 10 gauge shotguns will be affected by the new regulation.

The day before Trudeau’s May 1st announcement, Parliamentary budget officer Yves Giroux released an analysis of the economic impact of the COVID-19 pandemic in Canada, estimating the 2020-21 federal budget deficit to be $252.1 billion. “As a share of the economy, the budget deficit in 2020-21 would be the largest budgetary deficit on record…”

It is against this backdrop that the “fair compensation”program for the mandatory surrender of prohibited weapons will occur. The “regulatory impact analysis statement”appended to SOR/2020-96 notes there are 2.2 million individual firearms license holders in Canada. The cost of implementing the program has not been finalized, although previous government estimates (made before the scope and breadth of the actual ban was known) were in the neighborhood of half a billion dollars. As one academic points out, there is good reason to believe that the actual cost will surpass this figure many times over. Assuming that New Zealand-style “collection events”will be used to take away prohibited guns, the estimated minimum personnel cost for these collection points alone exceeds $1.64 billion for the first year. Other administrative costs –infrastructure, storage, records and data processing, and the additional staff needed –will drive up the cost even more. This, of course, doesn’t begin to cover the amounts owing to Canada’s law abiding gun owners for the loss of their property.

All this –lost taxpayer dollars, property loss, and loss of liberty –from a government that promises that it respects these self-same gun owners and that “nothing that we are doing today or will do in the future is intended to interfere with [the] lawful, responsible and legal activity”of Canada’s gun community.

Speaking against the Liberal government’s previous gun control law, Bill C-71, Senator David Richards (New Brunswick) described the bill as “one more way to target those who don’t need to be targeted, [because] some have come to believe that guns are bad even in the hands of good and decent people.”In comments that are just as apt today, he added,

It is, of course, stated that this is a law for everyone and no one should mind it, that it does not hurt, but in a way, none of this is true. It is only the law-abiding who abide by it, who have given so much information to authorities they do not know because they are loyal. They believe in and love a country that time and again has betrayed them, has set them up for a fall and has ignored them with a dismissive sniff.

To borrow the language of the Prime Minister’s announcement, years from now, an entire generation of Canadians will remember exactly where they were on May 1, 2020. “They will remember how their sense of safety was shaken, how their outlook on the world was forever changed.”