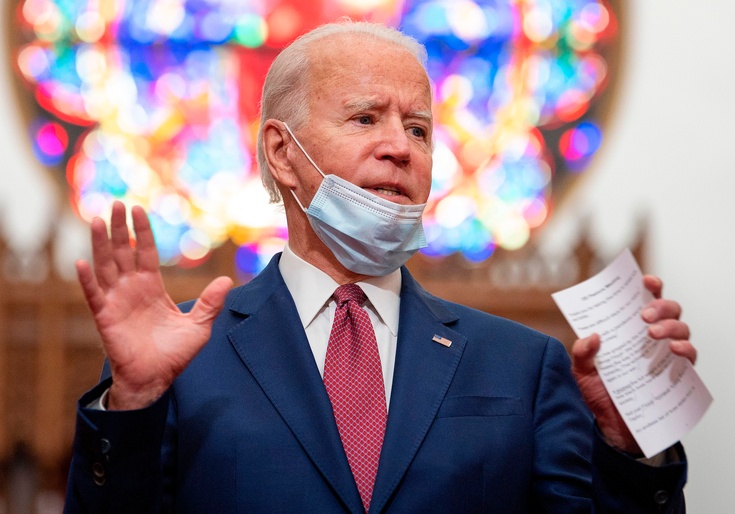 Biden addressed parishioners and local leaders at a black church in Wilmington, Delaware, as riots tore across the country following the nonshooting death of George Floyd at the hands of a Minneapolis police officer. He also said, if elected, he would try to form a police oversight committee in the first 100 days of his presidency. The comments come as Biden attempts to separate himself from President Trump on how he would respond to the rioting and deal with tensions between police and the communities they serve.

Jason Johnson, president of the Law Enforcement Legal Defense Fund, said he agreed with Biden that police should continually update their training but said the specific idea of training officers to shoot at people’s legs is a bad one. He said shooting a gun at somebody is and should always be considered use of deadly force in the law enforcement community, and the decision to use deadly force must be justified.

“Shooting at a person is deadly force regardless of what part of their body you aim at. They’re trained to shoot center mass but there is no option to shoot somewhere else and have it not be considered deadly force,” he said.

He said the scenario Biden articulated, where a suspect runs at a police officer with a knife, should certainly be considered an example of a deadly threat and police are trained to use the most effective means to stop an assailant before they can do harm.

Rob Pincus, who has trained police in the use of firearms across the country, said Biden’s advice is impractical because it is more difficult to hit an assailant in the leg and could still be potentially lethal. He said it has led to issues in the handful of overseas jurisdictions that have tried it.

“Legs move. It’s much harder to hit a smaller moving target than it is to hit the chest,” Pincus said. “From a technical shooting skill standpoint, from a technical legal standpoint, it’s not where we want to go at all. That’s the problem they face in some parts of Europe, that you can shoot at somebody and not be using lethal force.”

Law enforcement officers are trained to only use their guns in lethal ways, so as not to reduce the gravity of choosing to use deadly force. It sends the wrong message to prospective officers if they are taught that firearms can be used in nonlethal ways.

“To consider it a viable option to try to shoot to wound leaves a lot of gray area for what was someone’s intention when they used the gun,” Pincus told the Washington Free Beacon. “We have simplified this issue, to a great degree, in the United States for law enforcement and personal defense by simply saying, ‘You use a gun, it’s lethal force. Period. Consider that carefully.'”

Biden has made similarly controversial statements about the use of guns in the past. In 2013, the former vice president defended the Obama administration’s gun-control positions by saying that anyone concerned about self-defense should buy a double-barreled shotgun and fire it twice outside their homes if they felt threatened, even though such “warning shots” are illegal in many jurisdictions.

“If you want to protect yourself, get a double-barreled shotgun,” Biden said. “I promise you, as I told my wife, we live in an area that’s wooded and somewhat secluded. I said, Jill, if there’s ever a problem, just walk out on the balcony here, walk out, put [up] that double-barreled shotgun and fire two blasts outside the house.”

A Washington state man arrested for illegally firing a shotgun later that year cited Biden’s advice in his defense.