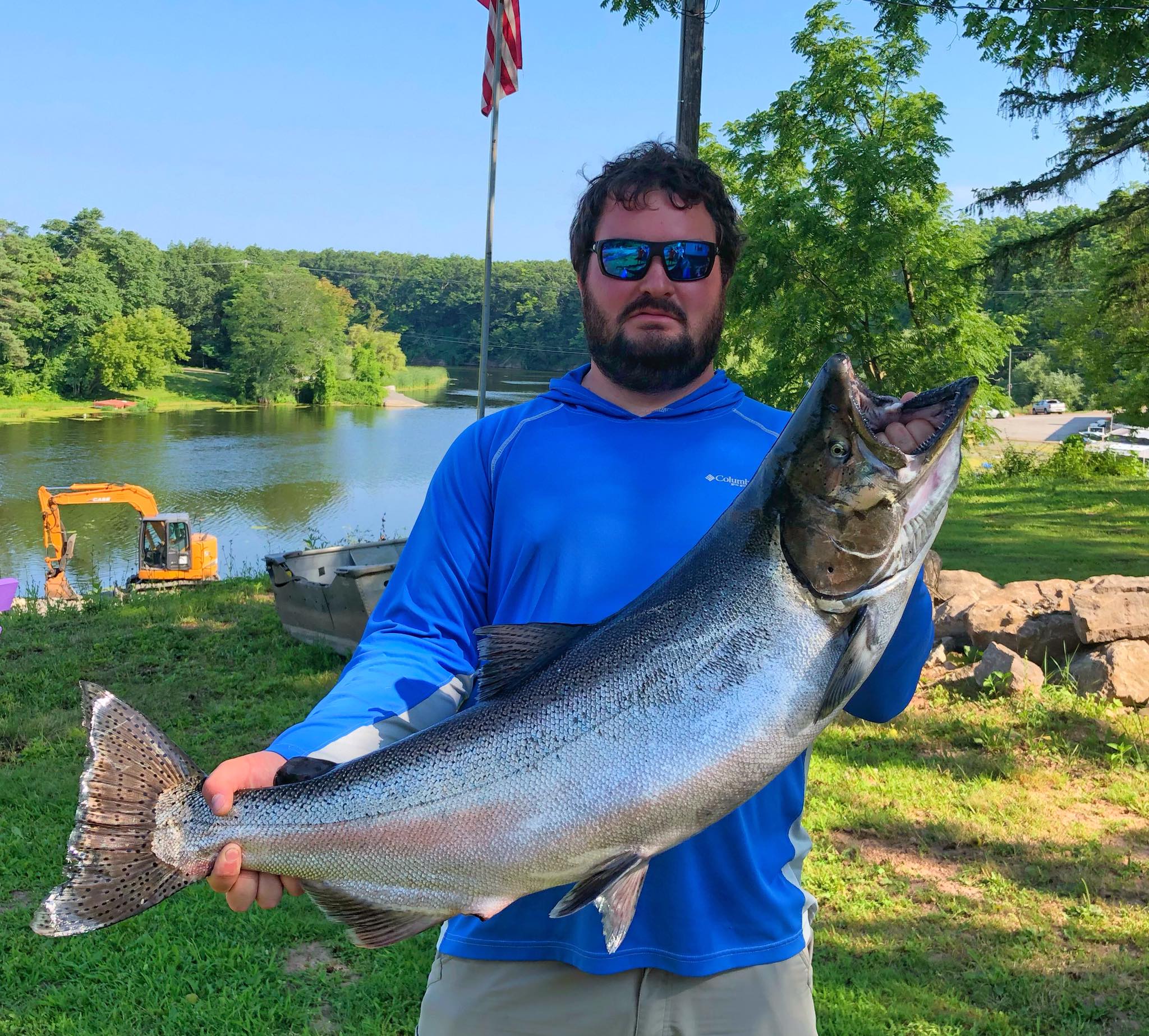 LOC Derby a go for summer

The Lake Ontario Counties (LOC) Trout and Salmon Derbies scheduled for May were canceled because of the coronavirus pandemic. The Summer LOC Derby, set for June 27 through July 26, is full steam ahead as organizers have weigh stations in place and the scales certified. A total of $32,250 in prize money is up for grabs in four categories, including a $10,000 grand prize for the largest salmon overall. The other fish species divisions are brown trout, lake trout and walleye.

The top 20 places will receive cash prizes, starting with $1,000 for first place in each category. In addition to the overall prizes, weekly prizes that total $2,500 are available. For the largest salmon caught each week, the winner will receive $1,000. For the largest brown trout, lake trout and walleye each week, the winner will earn a check for $500. You must make the minimum weight that has been pre-established by the LOC Derby for the summer – 20 pounds for salmon, 10 pounds for trout and 8 pounds for walleye. If no fish meets the minimum threshold for the week, the prize money will roll over to the next week.

In addition to these prizes, $750 is at stake for the largest salmon caught by a Lake Ontario Trout and Salmon Association member for the month. The witness must also be a member. For more information on LOTSA, check out www.lotsa1.org.

To find out weigh station locations and registration outlets for the LOC derbies, visit www.loc.org. Everyone on the boat must be registered in the derby.

The New York Power Authority has announced that the fishing pier at the base of the Robert Moses Niagara Hydroelectric Power Plant will open for the season June 22, if all goes will with weather and water levels in the lower river. In addition, the handicap access elevator and fish cleaning station also will open. The fishing piers located near the Upper Mountain Fire Company at the Lewiston Reservoir for NYPA also will be opening.

Mandatory safety guidelines, including social distancing and mask usage, have been put in place. The facilities are free and open to the public from to dawn to dusk each day unless water levels pose safety risks. To find out if the platform is open, call 716-286-6662.

Machnica, who was born in Buffalo and lived in Alden, graduated from DEC’s law enforcement academy in 2008. He served in Region 2 for five years before transferring back to Western New York. After working in Regions 6, 7 and 8, he is now assigned to Erie County in Region 9. He has worked here since 2017.

His responsibilities include investigating hunting, poaching and environmental quality violations and providing support for various emergency response initiatives. He is also involved with educating the next generation of sportsmen and women about safe hunting traditions, conservation ethics and environmental stewardship.

In 1977, he was one of the architects of the “Revolt at Cincinnati,” a movement that resulted in the  change of the National Rifle Association from a hunting and shooting group into a group to support Second Amendment rights.

In 1979, along with his brother Vince, they formed Hawkeye Publishing and purchased “Gun Week” newspaper. While it had a relatively small national circulation, it had a tremendous influence on the gun rights community. It was sold to the Second Amendment Foundation (SAF) in 1985 and Tartaro continued to be involved until the publication changed into TheGunMag.com in 2016. When he died, he was still president of SAF and continued to be involved with gun rights issues.

Tartaro was an icon in the gun rights world, providing valuable guidance for gun rights activism, as well as providing important insight into court decisions involving an individual’s right to keep and bear arms. That barely scratches the surface for all the things he accomplished and fought for on behalf of gun owners throughout his life.