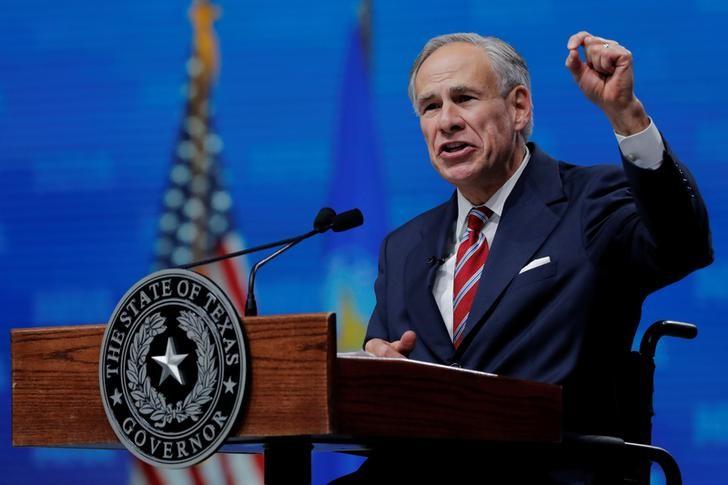 (Reuters) – The Executive Committee of the Texas Republican Party voted on Thursday to push ahead and have their state convention in person this month despite a surge in coronavirus cases in Houston, where it will take place.

The committee voted 40 to 20 to host the meeting that about 6,000 people are expected to attend in Houston’s George R. Brown convention center in just over two weeks.

During a lengthy virtual meeting, those opposed to hosting the convention in person said it would endanger older delegates and would disenfranchise many people who would not go out of fear of the virus. About 50% of state delegates who would normally attend have already said they would not go.

But committee members backing the in-person convention said it was a question of personal liberty and canceling it or moving it online would set a terrible precedent for the Republican National Convention, which President Donald Trump has said will take place in person in Florida next month.

“Texas maintained our in-person convention process through World War Two, we met together after our 9/11 terrorist attacks despite the danger in the air,” said executive committee member David Covey.

Another committee member, Dr Robin Armstrong, who spoke from a Houston hospital where he was treating COVID-19 patients, said he supported an in-person convention because of the opportunity to pull it off safely.

“We can be a great example of how we can successfully get this done,” Armstrong said.

The Texas Republican Party has been under pressure to cancel their convention or host it virtually.

The Texas Medical Association, a sponsor of the convention, had urged Republicans not to hold it, and after the committee’s vote, it said it was withdrawing its sponsorship.

“An indoor gathering of thousands of people from all around the state in a city with tens of thousands of active COVID-19 cases poses a significant health risk to conventiongoers, convention workers, health care workers, and the residents of Houston,” said the association’s president, Dr Diana Fite.

Delegates will return to communities across the state, potentially spreading it in areas where there have been few cases, she said.

But several executive committee members said the party should not bow to the pressure.

“In the name of liberty, which right now seems to be in short supply in our state, I say we have our convention in Houston,” said committee member Jill Glover.

Others said the people criticizing them for wanting to host the convention were the same people who supported protests for racial equality that saw thousands gather in cities across the country.

James Dickey, the chairman of the Republican Party in Texas, said before the meeting that measures were being taken to try to host a safe convention, including free masks, hand sanitizer and encouraging people to distance as much as possible.

Texas Governor Greg Abbott, a Republican, on Thursday issued an executive order that masks must be used inside commercial buildings or outside when social distancing is not possible.

Texas has long been a Republican stronghold with Trump winning it by 9 percentage points in 2016, but Democrats have made gains in recent years. The state convention this year will decide the party’s platform and leadership in the state.