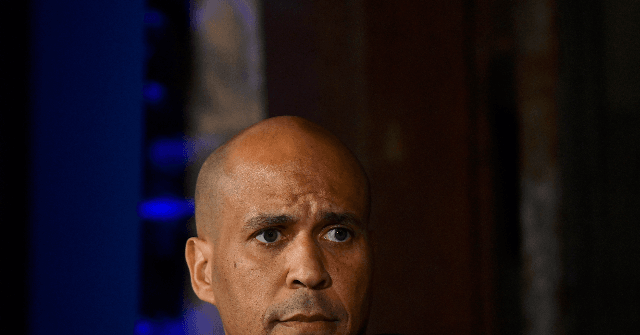 Host Ayman Mohyeldin asked, “Another thing I understand you’re trying to get done in the next month or so is obviously police reform that’s become front and center in our national discourse. There was, unfortunately, a horrible wave of violence across the country over the weekend as you probably heard; five children shot to death, back-to-back shootings even in your hometown of Newark. How do you counter the messaging that is coming from the president and others who say that Democrats want to defund and abolish this police amid this kind of violence and being presented in this binary way that if you somehow push for police reform or defund the police, you’re going to get the kind of violence that we saw over the weekend? How do you counter that messaging?”

Booker said, “We’ve got to get beyond just one political attack on one side and defense on the other and really start looking at how do we heal our nation. We have way too much gun violence. We are outliers on the planet in the number of people dying due to gun violence. Most Americans agree on solutions to that. Republicans and Democrats want bipartisan universal background checks. 84% of NRA members want that. So this idea that we’re going to descend into political attacks as opposed to finding the higher ground, the common ground that can actually keep people safe because we all agree that we have a nation that relies too much on police and prisons to try to deal with issues that we should be dealing with by investing in things like mental health care, addiction counseling and more. These things are not mutually exclusive. They’re common sense that most Americans agree on. That’s what’s so tiresome right now to have a president that wants to exploit pain. That wants to appeal to fear and demagoguery as opposed to come to this common-sense solution.”

He added, “This is a time in America that we should be calling ourselves together to deal with challenges that we all know we can solve as opposed to dividing us, demeaning and degrading one side against the other. The president’s rhetoric over this weekend really make us weaker as a nation as opposed to finding the common cause and common strength to end this kind of violence and to make us all safer.”

Gun control debate renewed after two mass shootings in Virginia
Full transcript of “Face the Nation” on Nov. 27, 2022
Biden and Democrats use ‘assault weapons ban’ to position for 2024
Chuck Haga: We care, fret and worry. But what are we supposed to do? – Grand Forks Herald
Biden Says He’ll ‘Count Votes’ For Assault Weapons Ban