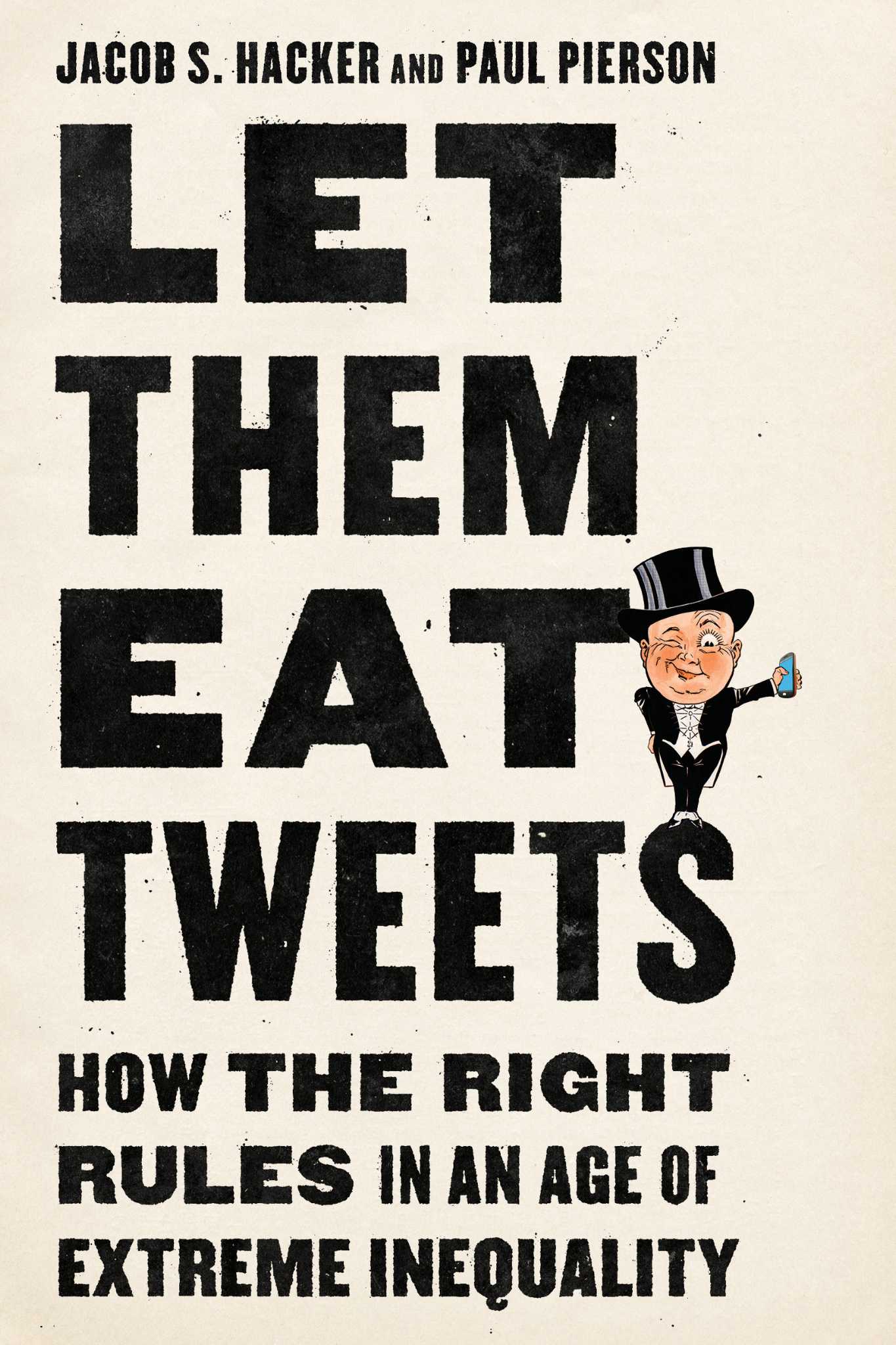 Book World: Explaining the GOP’s mix of plutocrats and populists

‘Let Them Eat Tweets” is not, according to authors Jacob S. Hacker and Paul Pierson, about President Trump. As the titular play on Marie Antoinette’s famous quote suggests, the authors believe that American society is moving toward control by a selfish oligarchy, but they consider the tweeter in chief more consequence than cause.

Hacker and Pierson – professors of political science at Yale and the University of California at Berkeley, respectively – make clear that they’re not claiming our politics are orchestrated by all-powerful plutocrats, like “Bond villains in a hidden lair inside a volcano.” But they offer a strong case that the Republican Party’s dependence on its top donors explains much of its trajectory in recent decades, culminating in the rise of Trump.

In Hacker and Pierson’s telling, the plutocratic program – tax cuts for the richest, benefit cuts for the most vulnerable, and a free hand for corporate and financial interests – has never been popular. As the Republican Party, starting in the 1970s, embraced this unpopular agenda, it reduced the range of issues on which it could compete and thus the voters it could attract. Party elites soon realized that the only way to win majorities was by attracting white, working-class voters who resented rising minorities. The GOP thus was forced to outsource voter mobilization to populist entities skilled at ginning up racially based outrage among this target audience. These principally included the National Rifle Association, Christian right organizations such as Moral Majority, and conservative media firebrands such as Rush Limbaugh and Fox News.

Republican devotion to the cause of plutocracy seems a persuasive explanation for the party’s otherwise baffling behavior, but it isn’t the only conceivable one. Hacker and Pierson rarely consider the possibility that conservatives genuinely believe in the ideas they advance, rather than merely repeating the lines their plutocratic paymasters feed them, or that their ideas might have some basis in reality. Undoubtedly the Republicans’ top donors prospered mightily under Trump, but so too did regular Americans who benefited from record-low unemployment rates – at least until those gains were wiped out by the incompetent government response to the novel coronavirus.

Kabaservice is the director of political studies at the Niskanen Center and the author of “Rule and Ruin: The Downfall of Moderation and the Destruction of the Republican Party, From Eisenhower to the Tea Party.”