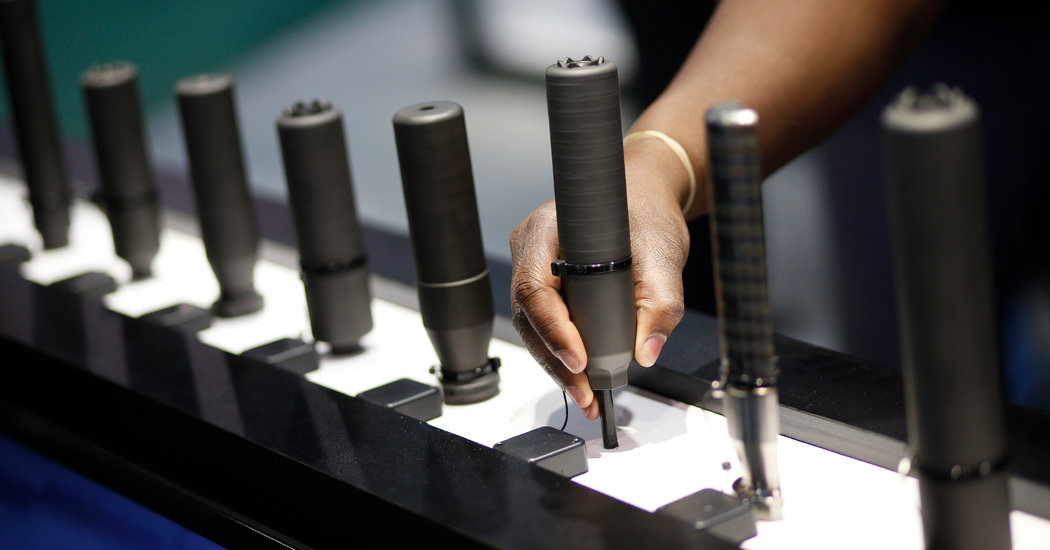 “When Michael Williams exits through the revolving door to return to the gun industry, I’m sure he will be greeted with open arms,” said Austin Evers, executive director of American Oversight, a government ethics advocacy group that has filed records requests for Mr. Williams’s communications with the gun lobby from the White House budget office.

Records obtained by Mr. Evers’s group show that in early 2018, about a year after his arrival at the White House, Mr. Williams was invited by the National Shooting Sports Foundation to three meetings that another invitee described as being about countering gun control measures after the mass shooting at a high school in Parkland, Fla.

Mr. Keane, the shooting sports foundation’s general counsel, said Mr. Williams did not attend the meetings and had been invited in error. Nevertheless, he said his group communicated with Mr. Williams about the State Department’s silencer policy, and other Second Amendment-related issues. He said Mr. Williams took on what Mr. Keane called the “hook and bullet” portfolio — fishing and hunting issues — at the White House.

A Georgia native and Eagle Scout, Mr. Williams worked as a law clerk for the National Rifle Association before graduating from George Washington University Law School in 2014. Soon after, he went to work at the American Suppressor Association, which his brother had co-founded three years earlier. Mr. Williams managed the group’s budget, but he also helped draft legislation and lobby lawmakers, his brother said. One of his main issues was the fight to open up sales of silencers to private foreign buyers.

Intent on understanding the reasons for the sales ban, Mr. Williams filed a Freedom of Information Act request for documents from the State Department and then battled the agency over them for more than a year. His association also sought to attack the ban from Capitol Hill, helping to draft and push a bill introduced by Representative Chris Stewart, Republican of Utah, in 2016 that would have overturned the sales prohibition, according to Knox Williams. The bill never got out of committee.

Guns Don’t Kill People | Opinion
Why Biden’s repeated call for an assault weapons ban could be a political winner
ILA | CA DOJ Gun Owner Data Leak Due to “Deficiencies in Policies, Procedures, and Inadequate Oversight” Study Finds
Time to reinstate assault weapons ban
Chuck Haga: We care, fret and worry. But what are we supposed to do? – Grand Forks Herald