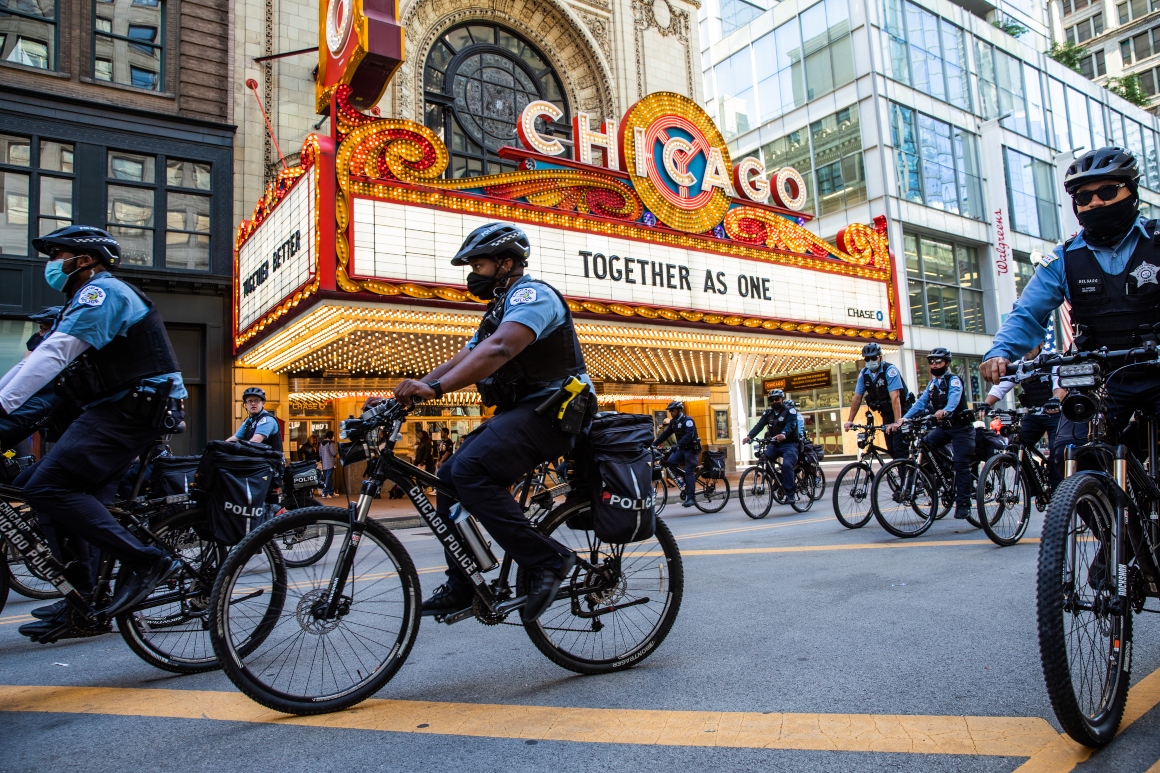 “What Trump is doing now — and I think this is part of his motivation — is to portray cities as dystopic hubs of illegality and crime. And there’s a heavy racial component to that,” said David Axelrod, a longtime Chicago resident and senior adviser to President Barack Obama. “I think it’s a strategy to try to scare particularly suburban voters back into his column.”

Trump’s views on Chicago were fueled in part by the right’s focus on Obama, who during his administration sought to reduce gun violence by banning assault weapons and high-capacity magazines.

“There’s no doubt that when Obama became president that the right wanted to use Chicago against him. It was his hometown,” Axelrod said. “The fact that Chicago was his hometown was something that intrigued Trump — notwithstanding that he built Trump Tower here and had some regard for the city, or he wouldn’t have built here.”

Trump also poked at Chicago during Mayor Rahm Emanuel’s administration, likely, said Axelrod, because Emanuel worked as Obama’s chief of staff. “Rahm was associated with Obama. They were impetuses for him.”

The fact that three Chicago mayors — Richard M. Daley, Emanuel and now Lori Lightfoot — sometimes criticized Trump regarding his lack of action on guns also may have irked Trump, who grates at any criticism.

Rev. Michael Pfleger, a gun control advocate whose Catholic parish is in the heart of the city’s South Side, where gun violence has been pervasive, said the NRA has fueled the rhetoric about violence in Chicago.

“They don’t deal with statistics or data,” he said. “Chicago isn’t even the most violent city in the country. The NRA deals in fear. It loves to glorify crime and violence in the Black community. More recently, it’s gotten help from the president who has created a racial divide greater than I’ve seen in a long time.”

Though Chicago’s crime stats are lower than those of other major cities, no one doubts the city has a gang violence problem. One reason is that guns are so readily available — which a City of Chicago study found are mostly coming from Indiana. And in recent weeks, Chicago has seen a spike in shootings and murders of children — a development that has drawn repeated attention from Trump and his aides.

Lightfoot, the current mayor, said she welcomes federal support to assist agencies such as the ATF, DEA and FBI, all of which have offices in Chicago. “We do not need or want troops,” she said in a recent statement, referring to the type of federal involvement occurring in Portland.

Conservatives have wanted the federal government to take control of crime in Chicago for decades — long before Trump got into politics.

In the 1960s, the city was a hub for riots, and that reputation stuck after violence erupted during the 1968 Democratic Convention.

But it wasn’t until the 1980s that the right, especially the NRA, started zeroing in on Chicago, which had instituted a ban on handguns. In the 1990s, under the direction of then-mayor Daley, the city filed suit with families of murder victims, claiming the gun industry was to blame for Chicago’s violence. The suit accused gun manufacturers of blanketing the city and its suburbs with guns.

It took six years to get the case to the state Supreme Court, which in 2004 ruled against Daley. In 2010, the U.S. Supreme Court then ruled in a landmark case against Chicago’s ban on handguns. During the many years of court battles, the NRA and the right perpetuated the idea of “Black-on-Black crime,” a racist trope that has been used to instill fear — especially in suburban white communities.

“It became a political fight, a distraction,” said Gary Slutkin, CEO and founder of Cure Violence Global, a Chicago-based group that trains residents to stop violence in their own communities. “Each side blamed the other and neither properly stepped forward to find a solution.”

Slutkin sees a similar political battle being waged in the middle of trying to control the Covid-19 pandemic. “The political fight is a distraction from solving the problem,” he said.

Fast. Short. Daily. We take you behind the headlines and help you
understand the biggest stories driving politics and policy.

Three months from a general election, Trump is trying to energize the same suburban white communities that the NRA focused on years ago. One of the gun lobby’s targets has long been the city’s gun possession laws and how they differ from other cities.

“It’s really in Chicago that they’re saying, ‘Look, you do have all these strict gun control laws, and it’s not actually doing anything about crime. So you shouldn’t put restrictions on guns,’” said Nicole Hemmer, author of “Messengers of the Right: Conservative Media and the Transformation of American Politics.”

Trump himself has falsely claimed that the city has a handgun ban, citing it as a reason the city is soft on guns, when in fact Illinois allows concealed carry.

Chicago also became a useful “tool of deflection” from other mass shootings over the past decades, such as Sandy Hook, the Las Vegas Strip and Pulse Nightclub, Hemmer said.

“Whenever one of these mass shootings happens, it moves public sentiment towards gun control,” she said. “And so talking about Chicago is a way of deflecting the conversation.”