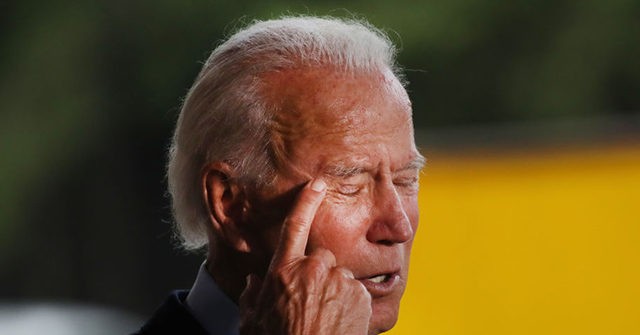 Biden made this push in a Tuesday tweet, where he wrote, “One year ago, just hours after the massacre in El Paso, nine precious lives were cut short in Dayton. In the wake of the tragedies, Donald Trump promised the most modest of gun safety policies, then caved to the NRA and failed to deliver.”

He added, “As president, I’ll take on the powerful gun lobby to pass universal background checks, ban assault weapons and high-capacity magazines, and close loopholes to keep guns out of dangerous hands. We can and will end our gun violence epidemic.”

The El Paso Walmart attacker used an AK-47 variant in his attack. The Texas Tribune reported that the Romanian-made gun was sent to a gun retailer in Allen, Texas, where the attacker faced requirements of passing a background check before taking possession of the gun.

Yet Biden is pushing background checks.

Chicago also has de facto universal background checks, via the state of Illinois’ Firearm Owners Identification (FOID) card requirement, which mandates that would-be gun owners acquire a FOID card before being allowed to buy a gun. The process for getting a FOID card includes a background check.

Yet Biden is pushing an “assault weapons” ban, a ban on “high-capacity” magazines, and more background checks.