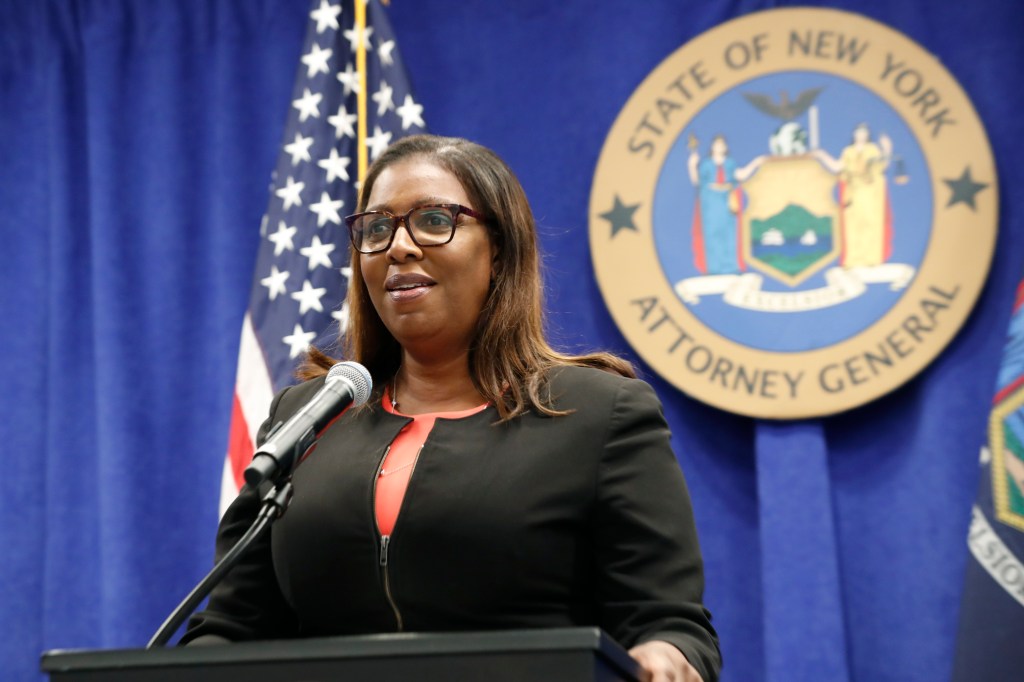 The attorney general of New York has sued to seek the dissolution of the National Rifle Association, alleging fraud and abuse in the way the NRA’s chief executive and other officials ran the operation.

Yet even liberals who oppose the NRA’s mission should take a deep breath and ask: Do we really want an elected attorney general to try to destroy a prominent nongovernmental organization that is arrayed on the other side of the political spectrum from her? What if this were Alabama and the organization were the NAACP? Or Tennessee and the ACLU?

If an organization has really fallen into a condition of fundamental corruption, a state attorney general can demand that it get new leaders, or replace its board of directors and its management in their entirety. Maybe New York Attorney General Letitia James is prepared to settle the case against the NRA with that sort of an organizational overhaul.

But asking the court not to order the reform of the organization, but to dismantle and dissolve it altogether, creates the impression that the attorney general is trying to use the legal system to intervene in the very political dispute in which the NRA is such an important player: the fight over Second Amendment rights and gun control.

It should go without saying that it would be entirely improper for a state official — or a federal official, for that matter — to use the awesome enforcement power of the government to target advocacy organizations with whose policies the official strongly disagrees.

It is no answer to this set of concerns to say that the NRA can just leave New York and incorporate itself somewhere else (like Texas, as Trump suggests). And it’s not primarily that there would be real-world costs in shifting the organization’s location.

The very fact of the lawsuit sends — and is presumably at least in part intended to send — a message that conservative political organizations are not welcome in progressive New York. You can see where that leads. Progressive organizations then will not be welcome in conservative states. In both environments, partisan, elected attorneys general, who often aspire to become governors, will develop the practice of targeting nonprofit groups that are politically unpopular in their states.

The consequences go beyond the use of the legal system for political aims. They reach all the way to the fundamental right to free association. Indeed, the U.S. Supreme Court case that established the modern free association right involved similar issues. NAACP v. Alabama was a 1958 case that arose when Alabama Attorney General John Patterson tried to force the NAACP to reveal the names of all its members in the state. Although the NAACP was chartered in New York, it still needed state approval to operate in Alabama, and the attorney general claimed the NAACP hadn’t qualified for that approval and couldn’t without providing the names.

The Supreme Court held in a landmark decision that the NAACP and its members had a right to freely associate in order to engage in expressive activities. That right to associate included a right not to disclose the names, the court concluded.

The point of the comparison is only to observe that an attorney general has tremendous power to harass a disfavored organization using purportedly neutral state laws and legal processes to get there.

To be clear, I am not taking a view on whether the NRA leadership has in fact engaged in conduct so egregious that the ordinarily appropriate remedy would be dissolution. A court would have to engage in extensive fact-finding to determine the right answer.

But by seeking to dissolve the NRA, the New York attorney general is knowingly creating a narrative that is potentially costly to the rule of law, that may create terrible precedents for other states and that potentially implicates the First Amendment.

Noah Feldman is a syndicated columnist.