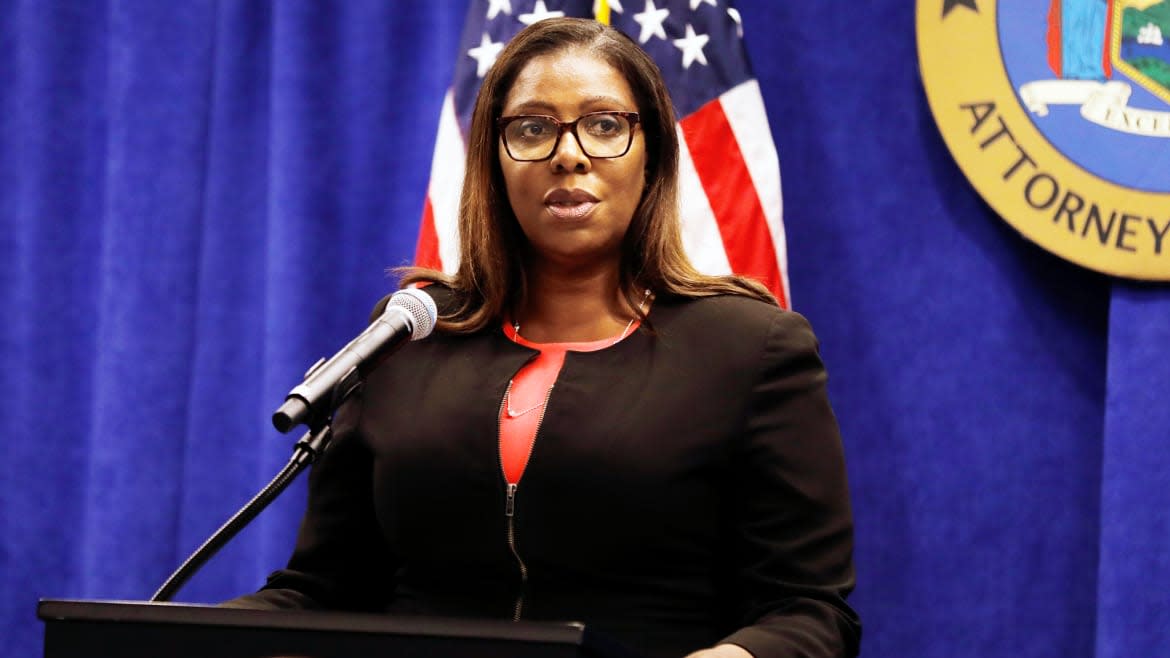 New York Attorney General Letitia James may be able to do what no politician before her has been able to accomplish – take down the National Rifle Association.

Her lawsuit alleging self-dealing and misconduct could, if successful, dissolve the entire organization. While the suit is civil in nature, it reads like an old-fashioned corruption indictment.

It alleges that the not-for profit organization violated New York state laws governing charities by diverting tens of millions of dollars away from the organization’s mission for the personal benefit of its leaders, with Wayne LaPierre, the NRA’s Executive Vice President for the past 29 years, and three other officers named as defendants along with the organization itself. According to the complaint, LaPierre used NRA funds for eight private plane flights to the Bahamas, where they enjoyed life on the 107-foot yacht of an NRA vendor, as well as for safaris in Africa and elsewhere. The complaint also claims that LaPierre allotted millions of dollars for private security for himself without sufficient oversight (and cited “security” concerns to explain why he didn’t disclose those trips to the NRA’s board), that he  spent $1.2 million of the group’s funds on gifts from Neiman Marcus and Bergdorf Goodman for favored friends and vendors, and that he negotiated a post-employment contract for himself valued at $17 million without board approval.

New York, like most states, requires non-profit organizations to file annual financial reports as a condition of its non-profit status, which confers tax benefits for the organization and its donors. The law requires funds to be used to serve the organization’s members and advance its charitable mission. The complaint alleges that the NRA’s leaders “blatantly ignored” those rules by failing to ensure proper internal controls, ignoring whistleblowers and concealing problems from auditors.

Like other cases of corruption, this easily could have been framed as a criminal case. Filing false registration and disclosure documents as part of a scheme to defraud can serve as the basis for federal mail or wire fraud, and often does in public corruption cases. When I served as a federal prosecutor, my former office brought public corruption cases on such theories in similar cases in which officials misused funds for personal benefit. Why then, is it left to James, whose office’s oversight over charities is civil in nature, to bring this action? The silence of the U.S. Department of Justice here is deafening.

But the effect of the state attorney general’s civil case might be even more devastating than a criminal case because one of the remedies of her action is dissolution of the NRA itself.  She used the same tactics to dissolve the Trump Foundation in November. There, she reached a settlement with President Donald Trump and family members to pay $2 million to resolve allegations of misuse of charitable funds to influence the 2016 presidential primary election and to further his own personal interests. Among the improper use of funds was doling out $500,000 to potential voters at a 2016 campaign rally in Iowa. As part of that settlement, James required Trump to personally admit to misusing the Foundation’s funds. Sometimes, parties to settlements are permitted to publicly state that a resolution is not an admission of wrongdoing. James would not let them off so easily. Her success in the Trump Foundation case puts teeth into her legal quest to dissolve the NRA as well.

Since 1871, the NRA has been the nation’s largest gun advocacy group. Founded to improve marksmanship following the Civil War, the organization has lately become a powerful lobbying organization and campaign funder that can make or break candidates for political office depending on their stance on firearms regulations. As its website boasts, the NRA is “widely recognized today as a major political force.” Following mass shootings in America, Democratic candidates for office have blamed the NRA for the inability to pass gun reform legislation, and have demanded campaign finance reform to expose and limit the organization’s influence on elections.

No doubt, there will be Second Amendment advocates who claim that the New York lawsuit is politically motivated effort to strike a blow against gun ownership. Indeed, if the allegations are true that the NRA engaged in cartoonishly corrupt self-dealing and misconduct, then the dissolution of the NRA would end its 139-year run as the nation’s strongest advocate for gun rights.

The law may be the only weapon that can take down the NRA. And if James can prove her case, then the demise of the NRA will be a self-inflicted wound.

Lawsuit: The NRA’s ‘School Safety Initiative’ Was a Front to Increase Fundraising

Biden Targets Anyone Who Has Ever Bought a Semiautomatic Weapon: ‘No Social Redeeming Value’
10-Round Magazine Is More Than Enough
Americans Are Disgusted by Republican Inaction on Mass Shootings
Matt Gaetz Slammed for Constitutional Carry Tweet: ‘People Will Die’
Trump conspiracies – Arkansas Times