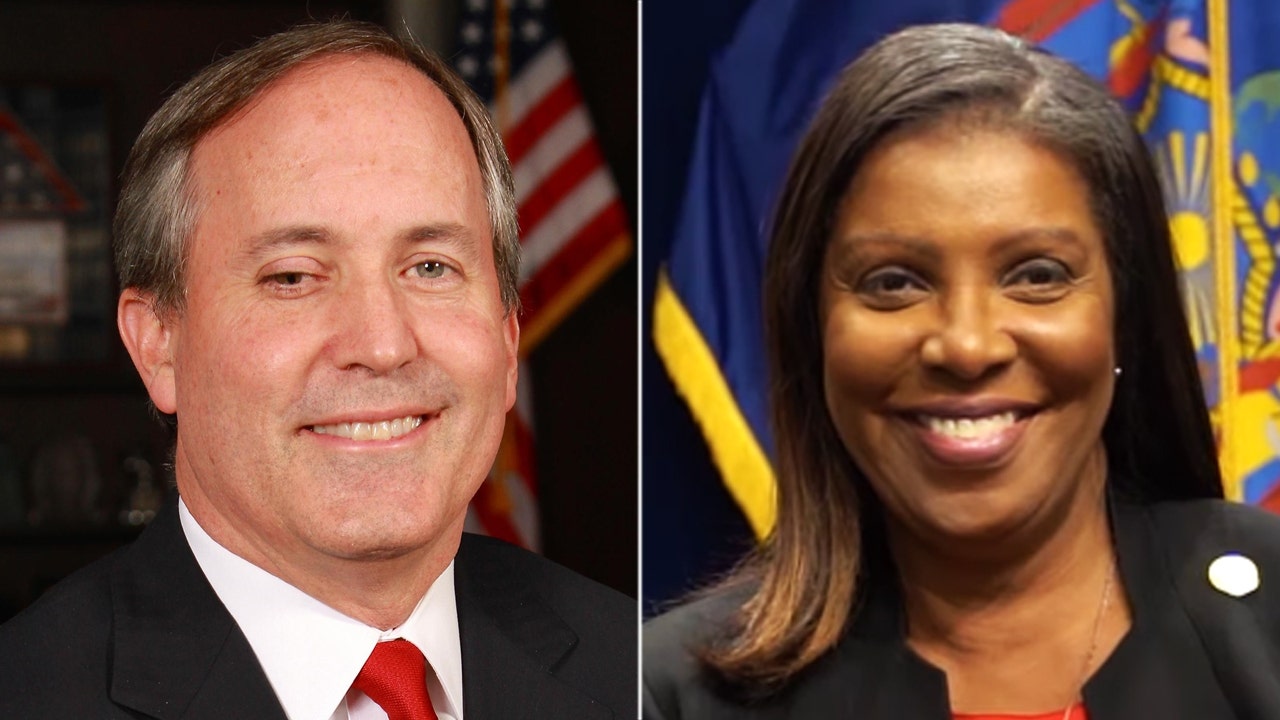 Texas Attorney General Ken Paxton slammed New York Attorney General Letitia James for trying to dissolve the National Rifle Association and welcomed the organization to his state saying that “in Texas we care about what the founders put in the Constitution.”

Paxton made the comment Sunday on “Fox & Friends Weekend,” three days after James announced that her office has filed a lawsuit against the National Rifle Association and its leadership, including Executive Vice President Wayne LaPierre.

On Sunday Paxton said he is “absolutely” welcoming the NRA to come to Texas because “they have done amazing work over the years defending the Second Amendment.”

James accused the NRA of having “a culture of self-dealing,” taking millions of dollars for personal use and granting contracts that benefited leaders’ family and associates.

In addition to asking for the organization to be dissolved, James’ office seeks to have LaPierre and general counsel John Frazer removed from their positions, and a declaration from the court saying “that directors or members in control of the NRA have looted or wasted the NRA’s charitable assets, have perpetuated the corporation solely for their personal benefit, or have otherwise acted in an illegal, oppressive or fraudulent manner[.]”

Host Griff Jenkins said “many NRA members have wondered for years why the NRA seated its charter in New York to begin with to expose it.”

He then asked Paxton, “Would they have a better protection? Would there be something to benefit them legally in Texas?”

“I think it’s a little late now, but we certainly would invite them to come to Texas to avoid this in the future because if they’re in New York, it opens them up to investigation by the attorney general’s office in a way that I don’t think would happen in Texas, so I would encourage them to move as soon as they can,” Paxton said.

Jenkins then asked Paxton if he thinks “there is a chance” that James “actually wins this?”

“We don’t know all the facts yet,” Paxton said, adding that his “problem” is with how the situation is being handled, noting that the lawsuit was filed “right before an election” with a “big press conference.”

“If you want to do this investigation, do it quietly,” he said. “If you’re going to announce something, announce it after the election, but what it looks like — and she [James] claims they’re a terrorist organization — this looks like a terrorist operation going against the NRA in trying to make it political as opposed to a legitimate investigation.”

“I think it really hurts the credibility of the New York office when they’ve done it in this manner,” Paxton said.

NRA President Carolyn Meadows called the lawsuit “a baseless, premeditated attack,” claiming it targeted not just the NRA, but the constitutional rights it defends. She also noted the timing of the lawsuit and said it was “a transparent attempt to score political points.”

“You could have set your watch by it: the investigation was going to reach its crescendo as we move into the 2020 election cycle,” Meadows said in a statement. “It’s a transparent attempt to score political points and attack the leading voice in opposition to the leftist agenda. This has been a power grab by a political opportunist – a desperate move that is part of a rank political vendetta. Our members won’t be intimidated or bullied in their defense of political and constitutional freedom.”

Meadows added that the NRA “will not shrink from this fight – we will confront it and prevail.”

To that end, the NRA countersued James, seeking a court declaration that they are following state not-for-profit law and alleging that The New York Attorney General is targeting the organization for its political positions, violating its free speech rights.