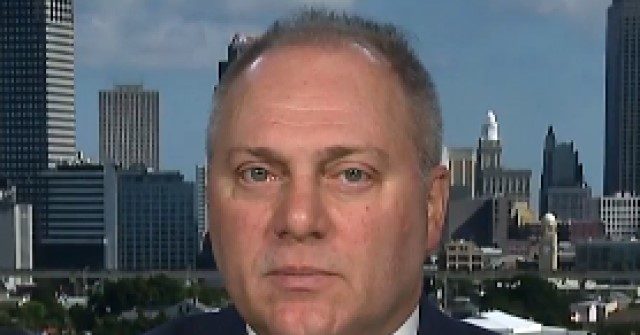 “[I] mean, this lady – – the Attorney General in New York has been trying to shut the NRA down since she came into office. She is literally trying to weaponize her office to waste taxpayer money to go after a political vendetta that she has had against the NRA. And she’s made statements to that point long before there were any kind of allegations of wrongdoing. So here’s an example of a prosecutor looking to put somebody away before they even see a crime, and she just wants to shut down the NRA. That’s not what taxpayer dollars are supposed to be used for. It’s an abuse of her office.”

Scalise described the suit as going beyond an attack on the Second Amendment but targeting conservatives.

“I’m passionate about people’s Second Amendment rights. And in fact, it was people with guns who saved my life, and everybody else who was on that ball field because if it was just the gunman with a gun, and look, as Jim Jordan pointed out, the left has been wanting to take away our guns for a long time. This isn’t just about taking away our Second Amendment rights. It is about targeting conservatives. But if there weren’t people with guns, I wouldn’t be here, and neither would a lot of other people. And every day in America, people use guns to save their lives.

Look, they want to defund the police, and think about what that means. If you’re at your house, just you and your family, and there’s no police around or they’ve defunded the police like cities like New York and Minneapolis are doing. If somebody comes to your house, who’s there to protect you with you? It is you with your family with the gun. We better fight to protect our Second Amendment rights and don’t let the left take it away. Joe Biden wants to take our guns away, and he is letting these people run his agenda.