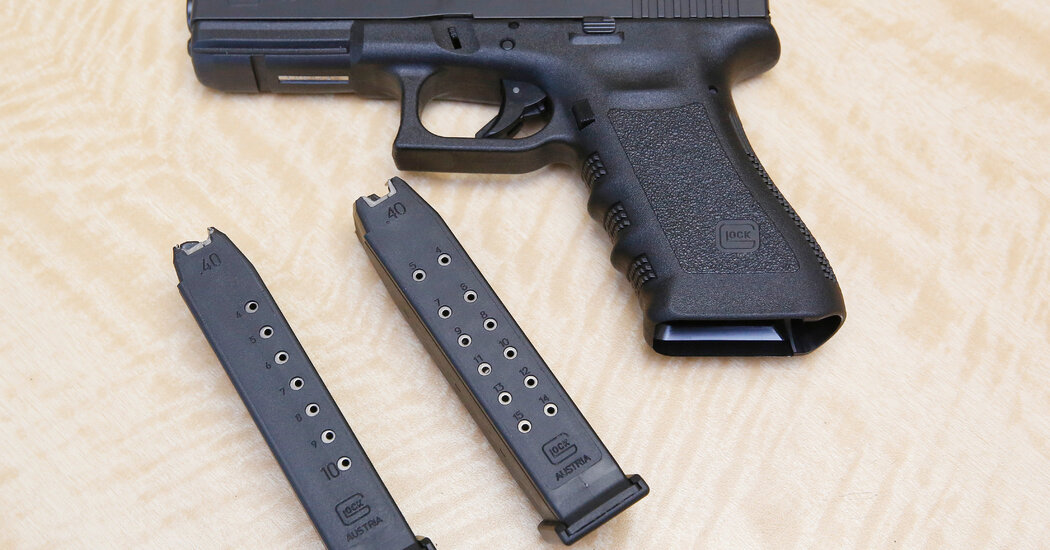 California’s ban on high-capacity magazines violates the right to bear arms under the Second Amendment, a federal appeals court ruled on Friday.

In a split decision, a three-judge panel of the United States Court of Appeals for the Ninth Circuit gave several reasons for rejecting the state’s ban. Among them, the court said that high-capacity magazines are “protected arms” under the Second Amendment and that they are often used for legal purposes and are not considered “unusual arms” that would fall outside the scope of constitutional protection.

Judge Kenneth K. Lee, who wrote the majority opinion, noted that California enacted the ban on large-capacity magazines, or LCMs, that hold more than 10 rounds of ammunition after “heart-wrenching and highly publicized mass shootings.”

“But even well-intentioned laws must pass constitutional muster,” he wrote. “California’s near-categorical ban of LCMs strikes at the core of the Second Amendment — the right to armed self defense.”

The law, he wrote, made it a crime for residents to own magazines that come standard in Glocks, Berettas and other handguns.

“Its scope is so sweeping that half of all magazines in America are now unlawful to own in California,” he wrote. “Even law-abiding citizens, regardless of their training and track record, must alter or turn over to the state any LCMs that they may have legally owned for years — or face up to a year in jail.”

California’s attorney general, Xavier Becerra, said the state had not decided whether to appeal the decision. His office argued that the ruling would not immediately overturn the ban because a stay issued in 2017 by a lower court judge remains in effect.

“We are carefully reviewing the decision, with the goal of protecting public safety,” Mr. Becerra’s office said in a statement. “The attorney general remains committed to using every tool possible to defend California’s gun safety laws and keep our communities safe.”

Supporters of tougher gun laws called the ruling a dangerous infringement on the ability of states to protect their residents from mass shootings. Nine states plus the District of Columbia have banned high-capacity magazines, which allow shooters to fire repeatedly without pausing to reload, according to the Giffords Law Center to Prevent Gun Violence.

“This is the first appellate court in the country to strike down a ban on large-capacity magazines,” said Hannah Shearer, the center’s litigation director. “While the ruling only applies to California’s law and states within the 9th Circuit’s jurisdiction, this decision by a Trump-appointed judge should put gun safety advocates across the country on high alert.”

John J. Donohue III, a professor of law at Stanford, who defended the ban as an expert witness for the state of California, called the decision “monumentally ill-advised.”

“If you’re serious about addressing the threat of mass shootings in America,” he said, states must be allowed to ban large-capacity magazines, which he called “one of the important explanatory factors for why the mass shooting problem in the United States has gotten so egregious.”

Professor Donohue said the decision could set the stage for “a very volatile moment, with the Supreme Court holding the ultimate cards.”

Chuck Michel, president and general counsel of the California Rifle & Pistol Association, called the decision “a major victory for the Second Amendment, both in California and across the country.”

“This is a huge win specifically for the right to possess these valuable self-defense tools,” he said on Friday. “But more generally, this case may present the Supreme Court with an opportunity to set things straight on the underlying issue of what the standard of review test should be when considering any Second Amendment challenge.”

California’s Legislature passed the ban in 2016, and voters strengthened it that same year in a statewide referendum backed by Gavin Newsom, California’s governor, who was then the lieutenant governor. It was enacted after a married couple shot and killed 14 people at the Inland Regional Center in San Bernardino, Calif., in 2015.

In 2017, the California Rifle & Pistol Association challenged the case in court, with the support of the National Rifle Association.

Friday’s decision was not unanimous. One of the three judges on the panel, Barbara M. G. Lynn, wrote a dissenting opinion, arguing that the ruling conflicted with a previous ruling by the Ninth Circuit court and with similar decisions in six other circuit courts.

Joseph Blocher, a law professor at Duke University and a co-director of the Duke Center for Firearms Law, said the decision “goes too far in treating the right to keep and bear arms and the right to self-defense as if they’re the same, when they’re really not.”