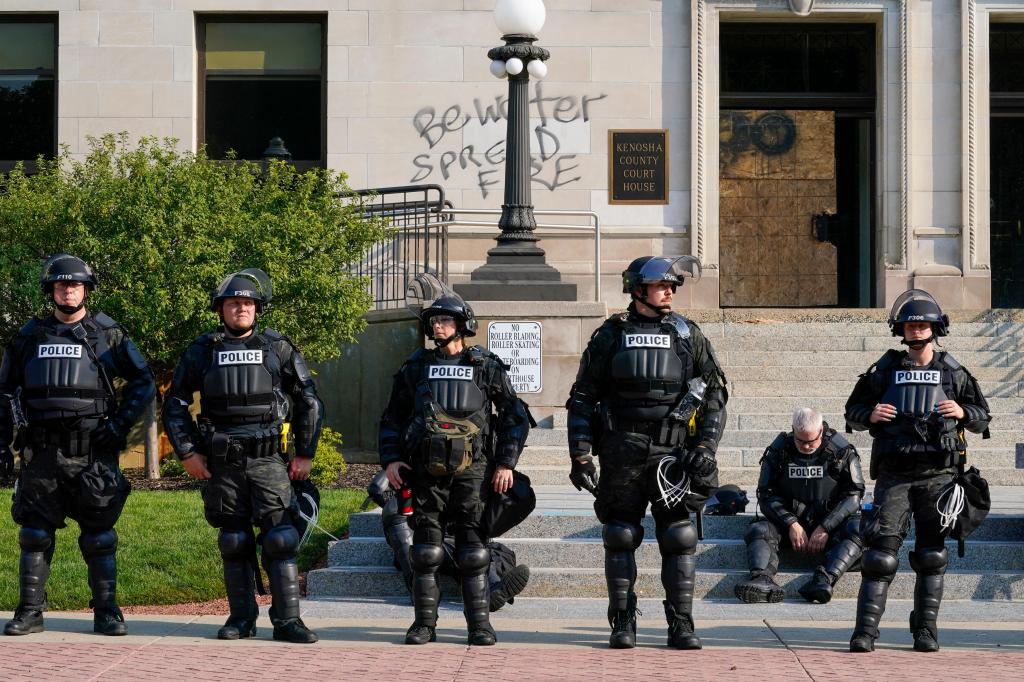 A gun rights group based in Colorado is raising money for the legal defense of a teenager accused of killing two people during racial unrest in Wisconsin this week.

He is accused of shooting multiple protesters Tuesday night, killing two of them, after traveling to Kenosha to protect businesses from looting. The Wisconsin city has been the scene of racial turmoil since police there shot and paralyzed an unarmed Black man, Jacob Blake, last weekend.

Rittenhouse, an admirer of law enforcement and President Donald Trump, is seen as a dangerous vigilante by many but has the support of some prominent figures on the political right who believe he was acting in self-defense.

Dudley Brown, executive director of the National Foundation for Gun Rights, says Rittenhouse was peacefully defending himself and businesses when he was attacked by “Antifa thugs.”

“Kyle was doing his best to protect business owners from losing their entire livelihoods when criminal actors instigated violence against him. Unfortunately for them, Kyle was armed with an AR-15 and their rocks, skateboards and handguns stood no chance against his well-placed shots,” Brown said Friday.

Brown was formerly the executive director of Rocky Mountain Gun Owners. RMGO and the National Association for Gun Rights were founded on the premise that the National Rifle Association is too liberal and compromising.

“It’s a sad day in America when anti-gun prosecutors want to throw a young man in jail for defending himself against violent attackers,” Brown said. “When we say the Second Amendment is for lawful self-defense, we mean it. Maybe next time rioting thugs will think twice about squaring off against a patriot carrying an AR-15.”

“It is chilling to see conservative politicians and pundits, along with gun lobbyists, rally around and idolize the teenager who killed two protesters in Kenosha with an AR-15,” Watts tweeted Thursday. “And all the while they’re condoning the shooting of Jacob Blake. Their politics are a corrosive poison.”