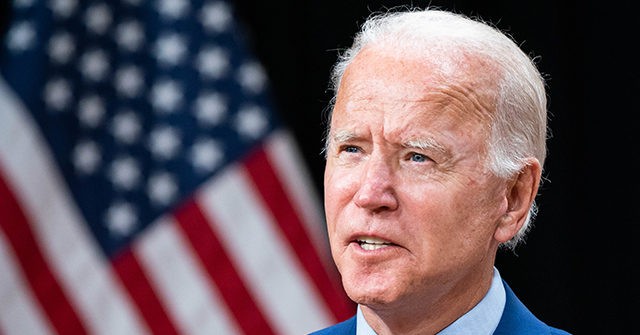 Democrat presidential hopeful Joe Biden claimed on Sunday that a ban on “assault weapons” and “high-capacity” magazines would save lives.

He did this via a tweet referencing the 1994 federal “assault weapons” ban:

26 years ago today, the Senate passed 10-year bans on assault weapons and high-capacity magazines—it was an effort I was proud to champion.

These bans saved lives, and Congress should have never let them expire.

As president, I’ll take on the @NRA and we’ll ban them once again.

Biden’s tweet ignores the Department of Justice’s National Institute of Justice (NIJ) report which showed the federal “assault weapons” ban had a negligible effect on crime at best.

The Washington Times quoted University of Pennsylvania professor Christopher Koper, author of the NIJ report, saying, “We cannot clearly credit the ban with any of the nation’s recent drop in gun violence. And, indeed, there has been no discernible reduction in the lethality and injuriousness of gun violence.”

The Times suggested the “Democrats created” the moniker, “assault weapons,” in the 1990s in order to ban “a politically defined category of guns.” This gave the Clinton Administration — and Democrats like Biden — the ability to claim they were getting tough on crime via gun bans.

AWR Hawkins is an award-winning Second Amendment columnist for Breitbart News and the writer/curator of Down Range with AWR Hawkins, a weekly newsletter focused on all things Second Amendment, also for Breitbart News. He is the political analyst for Armed American Radio. Follow him on Twitter: @AWRHawkins. Reach him directly at awrhawkins@breitbart.com. Sign up to get Down Range at breitbart.com/downrange.