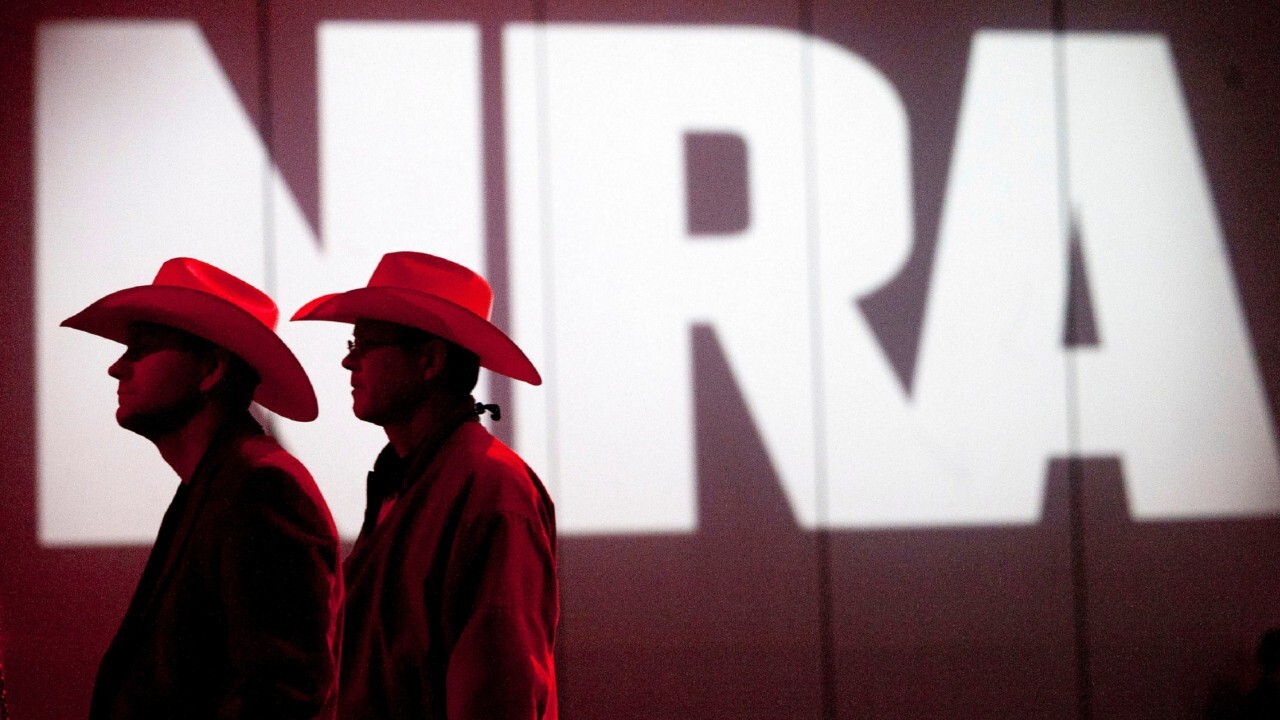 The former top National Rifle Association official who wrote a book highly critical of the NRA said Friday to Fox News that gun owners “don’t need the NRA to tell them to go out and vote” as he slammed the group for alleged corruption and scare tactics and called for a “reset” of the conversation about guns in the United States.

Joshua Powell, who was previously the chief of staff to NRA Executive Vice President Wayne LaPierre, this month released a book called “Inside the NRA: A Tell-All Account of Corruption, Greed, and Paranoia within the Most Powerful Political Group in America.”

The book details his time inside the NRA, speaking about controversies, many of which are already public, about the NRA messages to gun owners and how it’s handled its money.

One of the most prominent claims he makes is that the NRA is not the “well-oiled, data driven lobbying machine” it appears to be from the outside and that LaPierre often said their operation is “all smoke and mirrors.”

Powell expounded on that point in an interview with Fox News on Friday.

He said that the tens of millions of gun owners in the United States are going to turn out in elections and hold accountable politicians who aim to curtail gun rights no matter whether the NRA is successful and spending money or not.

NRA RAISED MORE MONEY IN AUGUST THAN ANY MONTH OF 2016, AS BIDEN-TRUMP SHOWDOWN NEARS

“Whatever the NRA ends up putting into this election, there’s going to be a high gun owners, Second-Amendment supporting turnout,” Powell said, noting it has not put as much into the 2020 election as it did in 2016. “They don’t need the NRA to tell them to go and vote… When Joe Biden talks about banning AR-15s, people take that as a pretext on larger gun bans.

“It doesn’t matter whether the NRA is in its own death spiral or not,” Powell also said of gun-owner turnout.

The NRA has forcefully denounced Powell and his book.

“This is a fictional account of the NRA, period,” Andrew Arulanandam, managing director of public affairs for the NRA, said in a comment to Fox News. “Mr. Powell was effusive in his praise of NRA leadership and the Association’s mission – right up until the day he was fired. He has now reversed course on every position he ever took during his time with the NRA.”

Arulanandam added: “Mr. Powell had zero input or influence on the NRA’s political or legislative strategy… Even now, as he mendaciously claims the NRA doesn’t represent gun owners – memberships, donations and support for the Association are skyrocketing and reaching unprecedented levels, signing up 100,000 new members in August alone.

“The simple fact is that when Americans know their right to own a gun or their right to self-defense is on the line, there’s only one organization that – for decades – has fought for and who can defend those rights: the National Rifle Association of America.”

Powell’s comments follow an effective month fundraising and recruiting members for the NRA. The group raised more than $1.7 million for the National Rifle Association Political Victory Fund, the political action committee associated with the NRA. It also said that it signed up 100,000 new members.

Those numbers come as the presidential election looms and after New York Attorney General Letitia James announced a lawsuit seeking to dissolve the NRA over much of the same alleged corruption and self-dealing that Powell talks about in his book.

James’ lawsuit purports to detail “a culture of self-dealing,” taking millions of dollars for personal use and granting contracts that benefited leaders’ family and associates.

Powell said he was not surprised by the fundraising and recruiting success.

“We’re headed into one of the most heated presidential elections of all time. Guns are at the forefront of them and for many people, they feel that the NRA is their outlet to exercise their opinions,” he said.

Money given to the PAC has to be spent on political activities. But Powell said much of new NRA members’ dues likely is not going to promote gun rights or fund things like gun education that the NRA is known for.

“The vast majority of the operation is now dedicated solely to dealing with this litigation in New York,” Powell said. “Which means you’ve got, you know, a couple percent going to education, training, the things that the association was founded on.

“There’s been 30 years of crony corruption around there that has wasted hundreds of millions of dollars,” he added. “The attorney general is at the tip of the iceberg with planes and mansions and jets and that garbage. It’s a complete fiasco.”

The NRA pushed back on Powell’s claims.

“The NYAG’s lawsuit against the NRA has been exposed as being politically-motivated,” Arulanandam said. “Legal experts and constitutional scholars, including the ACLU, have all come to the defense of the NRA. Of course the Association is defending itself against this partisan attack. We are investing in things Mr. Powell does not understand and did not care about: the future of firearm training and education, and the freedoms in which our members believe. All of that goes away if we don’t confront the fight in New York.”

Powell also noted that whatever the NRA does end up spending on the 2020 election, likely in the tens of millions of dollars, will be a very small percentage of the money spent on both sides of the aisle — presidential elections in the modern era are billion-dollar affairs.

Powel emphasized that he is still a “dyed in the wool” gun guy and a supporter of gun rights. He slammed Democrats like former Texas Congressman Beto O’Rourke, who call for bans on entire categories of guns, and the NRA itself for its answer always being “no” to any potential solution to reduce gun violence.

Powell noted that though the NRA does have 5 million members, that is a fraction of the about 100 million gun owners in the United States. He warned against “fringe” actors being able to define the gun debate and saying most gun owners don’t have true representation on a national stage.