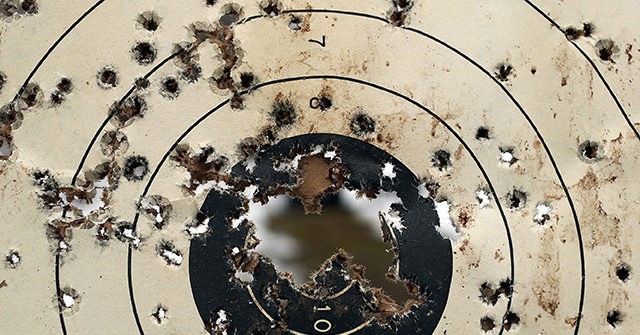 The National Rifle Association (NRA) raised more money in August 2020 than during any month of 2016.

NEWS: NRA raised more in August than any month of 2016, as @JoeBiden–@realDonaldTrump showdown nears https://t.co/dtxwvJx6QK

NRA spokeswoman Amy Hunter spoke to the August 2020 financial boon, saying, “The NRA is grateful to our members and gun owners for a record-breaking August. Americans step up when their rights are in danger, and they’re stepping up now because they know the stakes of this election couldn’t be higher.”

Americans have been turning toward the Second Amendment in droves during the tumult and violence that has marked much of 2020. On September 2, 2020, Breitbart News reported that the first eight months of 2020 witnessed record-breaking levels of background checks for gun sales.

AWR Hawkins is an award-winning Second Amendment columnist for Breitbart News and the writer/curator of Down Range with AWR Hawkins, a weekly newsletter focused on all things Second Amendment, also for Breitbart News. He is the political analyst for Armed American Radio. Follow him on Twitter: @AWRHawkins. Reach him at awrhawkins@breitbart.com. You can sign up to get Down Range at breitbart.com/downrange