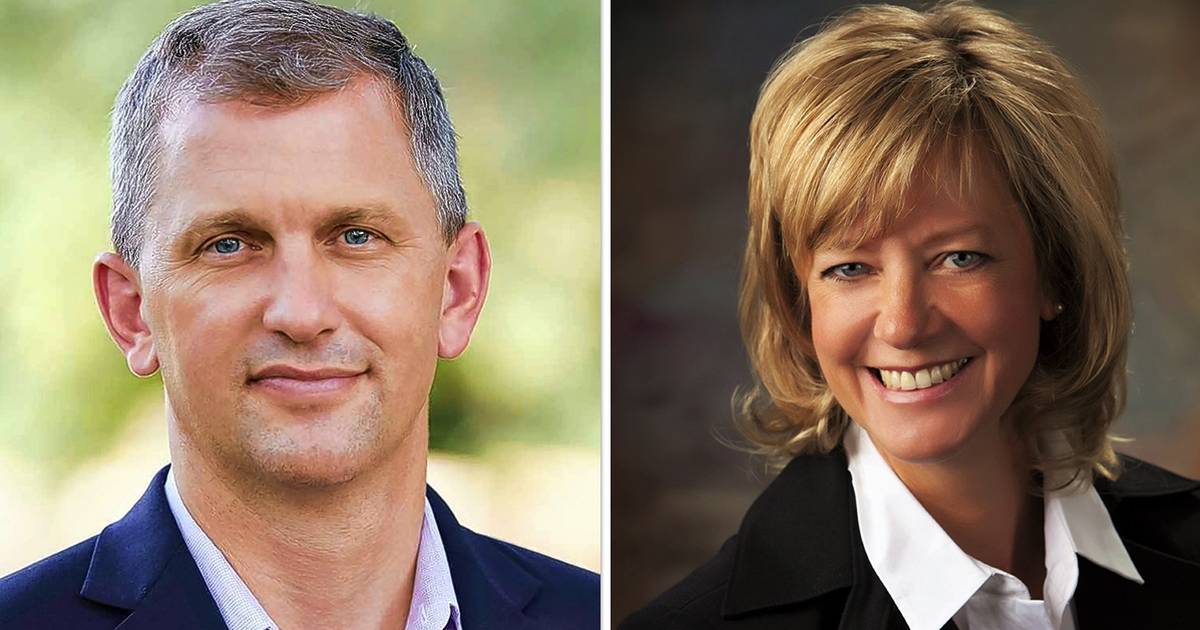 Already an advocate of stricter gun control laws, U.S. Rep. Sean Casten of Downers Grove this week voiced support for a national buyback program in the U.S. similar to the one implemented in Australia 24 years ago.

“If we passed all the greatest laws in the world, the guns are still out there,” Casten said Tuesday during an online endorsement interview with the Daily Herald and Shaw Media.

Casten is running for reelection to the 6th Congressional District seat. His Republican challenger in the Nov. 3 election, former state Rep. Jeanne Ives of Wheaton, refused an invite to attend.

The availability of guns in the U.S. is a source of frustration for Casten, who ousted six-term Republican incumbent Peter Roskam in 2018.

Casten has called for a new ban on assault weapons to replace the one that expired in 2004. He also supports expanding federal law to mandate criminal background checks for all gun purchases, not just those involving licensed dealers as is now required.

Casten has backed red flag laws that permit police or family members to seek the temporary removal of firearms from anyone who may be dangerous, and earlier this year he and other lawmakers proposed legislation that would require gun owners to report lost or stolen firearms within 48 hours to prevent illegal trafficking.

In interviews and forums, Casten has noted there are more guns in the U.S. than people and far more than any other nation — but a hard count isn’t possible because no official record-keeping system for firearm ownership in the U.S. exists, according to the fact-checking website PolitiFact.

Regardless, according to various estimates, the U.S. leads the world in total private gun ownership and per capita gun ownership.

“What we need to talk about … is that we have too many guns,” Casten said.

Following a 1996 mass shooting that left 35 people dead, the Australian government adopted strict firearm regulations, including a ban on certain semi-automatic rifles and shotguns, licensing criteria and sales restrictions. Additionally, Australia launched a national, mandatory buyback program for prohibited weapons that resulted in more than 700,000 weapons being surrendered, according to the U.S. Library of Congress.

Another Australian gun buyback program in 2003 reportedly netted more than 68,000 firearms, and a three-month national amnesty in 2017 led to more than 57,000 guns being turned in.

Casten, who has touted the success of gun buyback programs before, suggested the U.S. follow Australia’s lead.

“They took a whole bunch of guns out of circulation, and they haven’t had a mass shooting since,” Casten said. “Why don’t we do that?”

There have been shootings with multiple deaths in Australia since those laws were enacted, however, including at least one last year. But none were as deadly as the 1996 attack.

Casten said Australian leaders used money as an incentive because they recognized reducing the number of privately owned guns would be “extremely difficult.”

“Would it work exactly the same way, adapted to U.S. culture? I don’t know,” Casten said. “My interest right now is less about how to do that particular policy (and more about) let’s start having the conversation.”

Casten noted that the majority of gun deaths in the U.S. are suicides, an assertion supported by Justice Department statistics.

“We’re not going to fix that with background checks or assault weapons bans,” said Casten, who has proudly touted the F rating he received from the National Rifle Association. “Let’s find a way to have fewer guns.”

Although Ives skipped Tuesday’s interview and didn’t respond to emails Wednesday, her thoughts on gun control are public.

In one recent online forum, Ives didn’t support the concept of universal background checks for would-be gun buyers or a new ban on assault weapons, saying the government isn’t enforcing the gun laws already in place.

Last month, the Ives campaign criticized Casten for saying “having small genitals is not a sufficient reason to own a gun” during a recent online forum. Casten made the comment after questioning why people need to own guns and subsequently called his remark a joke “about the toxic-masculinity that has infected this whole debate.”

Ives has been endorsed by the NRA and received an A- grade from the group.