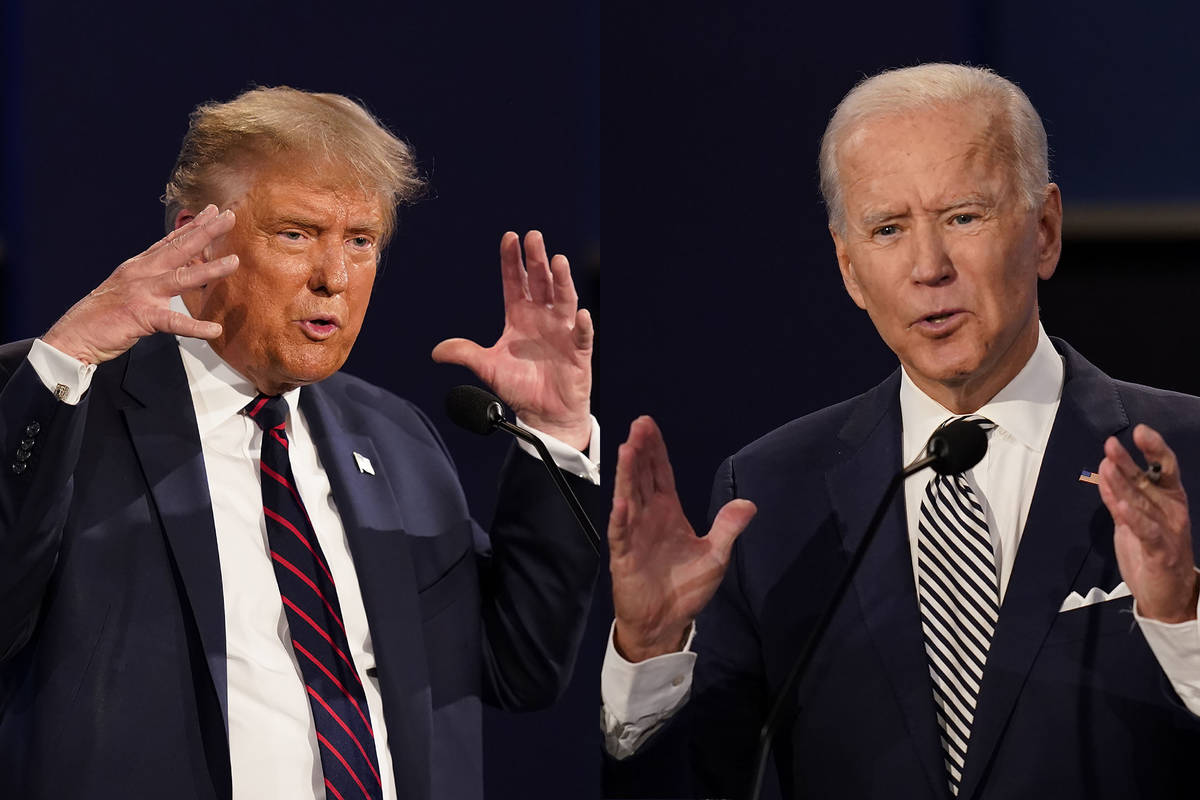 President Donald Trump and his Democratic rival, former Vice President Joe Biden, disagree on many of the issues facing the country. In this feature, the Review-Journal compared the two major-party candidates on a number of issues, from health care to gun rights to foreign policy.

— Developed Operation Warp Speed for fast approval, manufacture and distribution of a vaccine

— Promised a health care plan that still has not been released

— In January, became the first president to address the March for Life in person

— Says there is no political appetite for an assault-weapons ban

— Campaigned on pledge to build a wall at the U.S.-Mexico border; more than 300 miles built

— In September 2017, terminated DACA, but was overturned by the Supreme Court in July

— Opposes sanctuary cities, has threatened to withhold federal funding from them

— As a candidate, promised to avoid “endless wars” and withdraw U.S. troops from global hot spots

— Recognized Jerusalem as capital of Israel and moved U.S. embassy there

— Changed positions in July 2018, tweeting that “my Administration is committed to exploring innovative approaches — I’m confident we can get it done!”

— Signed order for a withholding tax holiday to boost economy during COVID; wants to make it permanent next year

— Withdrew from Paris Climate Accord

— Said he does not see reparations for slavery happening

— Governors and mayors make decisions on what opens

— Called for three-month nationwide mask mandate in August, but said in September he wasn’t sure president had that authority

— Proposes one gun per person per month purchase limit

— In March, committed to halting deportations for 100 days and said his administration would deport only undocumented immigrants convicted of felonies

— After opposing sanctuary cities as a presidential candidate in 2007, now supports local law enforcement not turning undocumented immigrants over to federal authorities

— Opposes family separation of undocumented migrants at the border

— Denounced Trump’s move of U.S. embassy to Jerusalem as “short-sighted and frivolous” but would not move it back to Tel Aviv

— Voted to authorize military force in Iraq in 2002, which he later said was a bad judgment call based on misplaced trust in then-President George W. Bush

— Would apply Social Security withholding taxes on wages up to $400,000

— Would recommit United States to Paris Climate Accord

— During first debate, said antifa “is an idea not an organization”