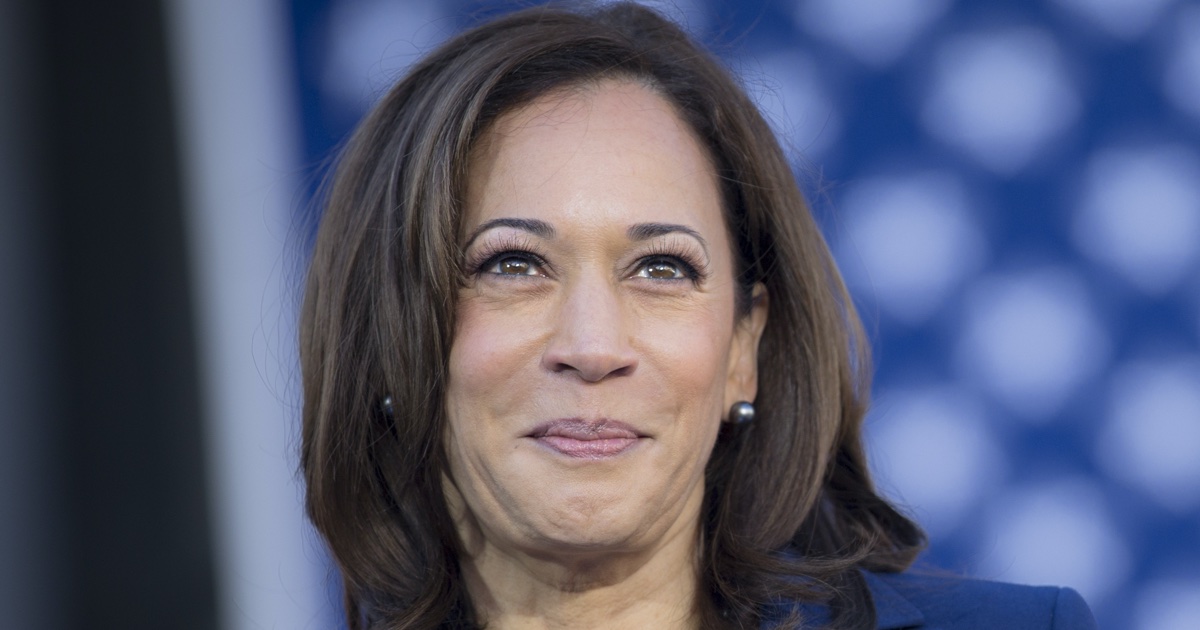 In a Philly Mag exclusive, the trailblazing Democratic VP nominee opens up about tackling gun violence and homelessness, her criminal justice record, college debt, and why a vote for Biden is more than a vote against Trump.

Get a compelling long read and must-have lifestyle tips in your inbox every Sunday morning — great with coffee!

California Senator Kamala Harris made history this year as the first Black woman ever to receive the vice presidential nomination from a major American political party. Now, with less than two weeks left before Election Day, the Democratic candidate speaks with Philly Mag in an exclusive interview addressing the challenges facing our city, her criminal justice record, voter apathy, and more.

You recently visited Philadelphia for the first time as the Democratic VP candidate. This city is currently the poorest major city in the country, with a skyrocketing gun violence rate that is second to Chicago’s; it’s dealing with an opioid crisis and a homeless encampment situation on top of that. It’s also a city that has been predominantly run by the Democratic Party for decades. What do you say to longtime voters who have voted blue but now feel skeptical of the political process?

Joe and I know how much is at stake in this election for Philadelphia and communities across the country. Our nation is in crisis — a public health crisis, an economic crisis, a changing climate, systemic racism, and a president who refuses to take responsibility for making these problems worse. It’s clear that our lives and our livelihoods are on the line in this election, which is why we cannot let skepticism or cynicism keep us from using our voices and our votes to choose a new path forward. We cannot let each other down by sitting this election out, because as Joe says, we are in a battle for the soul of our nation.

Even amid the hardships our nation faces today, Joe and I are more optimistic than ever about our country’s future.

We have a plan to address the homeless crisis in Philadelphia and across this nation. Our administration will launch a task force of mayors and other local elected officials aimed at addressing homelessness. We will support the comprehensive Ending Homelessness Act, which includes everything from case management to additional housing vouchers for homeless individuals. We’ll spur the construction of 1.5 million homes and public housing units, help protect families from eviction, limit the cost of rent and utilities for low-income individuals to 30 percent of income, help more families buy their first homes with a $15,000 tax credit, and more.

We have a plan to address gun violence — both the mass shootings and daily acts of violence that plague our communities. We’ll invest $900 million into evidence-based interventions in cities with high homicide rates. We’ll require background checks, ban assault weapons, and close loopholes to keep guns out of dangerous hands. We’ll also focus on the trauma that outlasts the shooting — especially among our young people — by doubling the number of mental health professionals in schools.

We have a plan to end the opioid addiction crisis that starts with making a $125 billion federal investment to help ensure that effective prevention, treatment, and recovery services are available to all. We’ll hold drug companies accountable for their role in this crisis, expand access to effective and less addictive pain treatments, and reform the criminal justice system so that no one is incarcerated for drug use alone.

There is so much more work to do, and it’s the people I meet every day on the campaign trail who give me hope — like the people I met on my recent visit to Philadelphia. The women that I spoke with in Mount Airy, the businesses that I visited on Ogontz Avenue, and the community leaders I met in North Philly were full of passion for their communities and their families. They want to work together to address problems head-on. It’s these leaders that Joe and I will work with to guide our country out of the pandemic and build back better than before.

“We can make progress and move our country forward. But it requires everyone organizing and voting in numbers no one has ever seen before. The late John Lewis once said, ‘Democracy is not a state. It is an act.’ And all of us need to act and vote for a better future for all Americans.”

As someone who has covered various intersectional protests, I’ve spoken with many activists who remain critical of your criminal justice background and who aren’t convinced it was as progressive as some have argued in the press. How have you personally evolved on this issue since being elected to the Senate, and what policy changes have you now considered that you didn’t when elected California’s attorney general?

I was raised by activist parents and went to civil rights protests as a little girl. I respect and admire the passion and commitment of so many activists across our country who are demanding a reckoning when it comes to racial injustice and critical reforms to our criminal justice system. I got into public service because I wanted to bring about change from within.

This is personal for me. As district attorney of San Francisco, I enacted a program to give young, low-level drug offenders a second chance by connecting them with counseling and career training programs. And under my leadership as the first Black woman to serve as the attorney general of California, the California Department of Justice became the first statewide agency to adopt a body camera program for police officers.

I took these steps because I believe we must root out racial disparities in our criminal justice system and create accountability. In the White House, Joe and I will ban chokeholds and carotid holds, create a model use-of-force standard and a national police oversight commission, address systemic misconduct in police departments and prosecutors’ offices, invest in public defenders’ offices, end incarceration for drug use alone, and eliminate the death penalty and mandatory minimums.

I’ve read recently that you’re making a lot of pledges to forgive student loan debt for HBCU graduates and even advocating for free tuition. As a Black millennial who recently graduated from a predominately white institution, I want to know what you’re planning to do for the rest of us who still need financial assistance.

This is a very difficult time. After experiencing the Great Recession roughly a decade ago, millennials are now in the midst of their second recession, facing record high unemployment rates and crippling student debt. To provide relief, Joe and I have a plan to forgive undergraduate-tuition-related federal student debt from public colleges and public and private HBCUs and MSIs for anyone earning less than $125,000 per year.

We will also cut payments on undergraduate federal student loans by more than half by simplifying and increasing the generosity of today’s income-based repayment program. And we will reform the public service loan forgiveness program, so that people who participate in public service will be eligible for $10,000 per year of forgiveness for up to five years. For people who want to earn a degree or other credential after high school, our plan provides two years of community college or other high-quality training program without debt and will make public colleges and universities tuition-free for all families with incomes below $125,000.

Black voters saw you challenge your running mate, Joe Biden, on some of his previous gaffes on race during the Democratic primary debates. What makes the two of you the best duo to tackle racism in this country, given your gender, racial and generational differences?

Our country currently has a president who won’t even acknowledge that systemic racism exists, condemn white supremacists, or say that Black lives matter.

As we’ve seen in this pandemic, Black Americans and communities of color face entrenched disparities when it comes to their health, economic security, and so many other parts of their lives, and Joe and I are united to root out systemic racism from our laws, policies and institutions as we rebuild our economy.

Joe and I share a deep and decades-long commitment to civil rights. We’ve both fought in the Senate to advance the rights of all and respond to the needs of everyday Americans on Main Street, not Wall Street. What our country needs is leadership that seeks to de-escalate tensions, open lines of communication, and unite people of all backgrounds. And that’s the kind of leader Joe is.

We may come from different backgrounds, but we share the same values. And we will each bring our lived experiences and perspectives to work toward our shared goals — to solve our public health crisis, rebuild the economy, end systemic racism, and tackle climate change head-on.

On November 3rd, 2020, many people are going to “vote for their lives” at the polls. They don’t want another four years of Trump, but they can’t see what’s next beyond that. What do you say to voters who are simply voting out of fear of your opponent and remain uncertain of what you can actually deliver if elected?

I truly believe that we are at a turning point. Our lives, our livelihoods, and the character of our country are on the line. We face multiple crises as a nation — the pandemic, economic downturn, systemic racism and a climate crisis.

Right now, we have a president who is getting more reckless the more time he spends in the White House and who has no plans for solving these challenges. President Trump isn’t fighting for working families; he’s looking out for his rich friends and Wall Street interests. He has no plan to contain COVID-19, and he’s trying to tear down the Affordable Care Act and rip away health care when Americans need it most. It’s never been more clear that we need real leadership.

Joe and I have plans to contain the coronavirus, to build our economy back better, to root out systemic racism, and to address the urgent threat of climate change. And I know we can get this done, because Joe has delivered results for working families his whole career, from the time he was a young public defender through his eight years as vice president. He helped our country out of the last recession, has led on climate change for decades, wrote the Violence Against Women Act, took on the NRA and won twice, fought to end redlining, and helped narrow racial disparities in drug sentencing. That’s the kind of experience and leadership we need right now.

We can make progress and move our country forward. But it requires everyone organizing and voting in numbers no one has ever seen before. The late John Lewis once said, “Democracy is not a state. It is an act.” And all of us need to act and vote for a better future for all Americans.