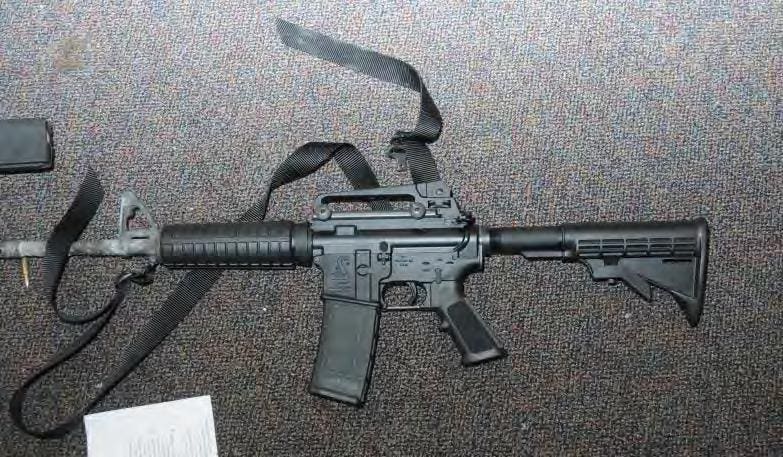 The future is uncertain for the AR-15, a tactical rifle known variously as an assault weapon, a black rifle, a modern sporting rifle or an MSR. While not everyone agrees on the name, everyone seems to agree that the stakes are high for their continued existence as a readily available firearm in America.

The Democratic contenders for the White House, former Vice President Joseph Biden and Sen. Kamala Harris (D-California,) have set their sights on assault rifles, which have been used in the deadliest mass shootings in the U.S., including the massacres at Sandy Hook Elementary in Newtown, Conn., in 2012, the Pulse nightclub in Orlando in 2016, the Harvest music festival in Las Vegas in 2017, and Stoneman Douglas High School in Parkland, Florida in 2018.

President Trump opposes gun control and has been endorsed by the National Rifle Association. But if the Democrats win the election on Nov. 3, the Biden-Harris gun control policy would have a profound effect on the assault weapons that the gun industry prefers to call modern sporting rifles.

The Biden-Harris gun control policy would ban the manufacture of assault rifles. The policy would require that all existing assault rifles be registered under the National Firearms Act, which adds a $200 tax and lengthens the background check wait time from minutes to months. The government would buy back all assault weapons that are not registered under the NFA, a tier of gun control typically reserved for machine guns and silencers.

This is anathema to gun owners, who have long argued that Democrats are trying to take their guns away. The buyback would face logistic challenges because there are so many assault weapons. America is flooded with AR-15s, a user-friendly rifle originally developed for the U.S. military which debuted during the Vietnam War and has been used in every war since.

“Expect next to zero compliance with a registration effort for legacy MSR owners,” said Brian Rafn, a recently retired gun industry analyst from Morgan Dempsey whose family owns shares in Sturm, Ruger. “I would expect class action lawsuits and injunctions against any attempts to list MSR rifles under NFA regulations.”

He estimates there are 94 million to 97 million gun owners in America, with a “civilian gun arsenal” totaling 578 million firearms. This includes some 10 million owners of 17 million to 20 million MSRs.

The Biden-Harris campaign says the buyback program would pay market value for assault rifles. But Rafn says it’s more complicated than that. He expects that aftermarket prices for assault rifles would inflate by 20% to 30% in the face of Biden-Harris gun control measures and would inflate the funds required for cash buybacks. Also, gun owners often customize their AR-15s with modular accessories including scopes, grips, lights and slings. He said this can drive up the value for the owner beyond the market value recognized by a buyback.

Gun sales have surged through the summer to record heights, driven by customers’ desire for self-protection during the pandemic and the ensuing civil unrest. Background checks conducted by the Federal Bureau of Investigation for gun purchases totaled a record 3.93 million in June. The tally for 2020 has already surpassed every prior year since the FBI started keeping track in 1998.

But what would really drive sales is a victory by Biden-Harris, said Rommel Dionisio, a gun industry analyst for Aegis Capital Corp.

“Concerns over potential restrictions on modern sporting rifles and high capacity magazines would likely result in sharply increased demand for MSRs as well as high magazine capacity pistols,” said Dionisio, referring to magazines with a capacity of more than 10 rounds. They have been used in mass shootings and their sale and manufacture would be banned by Biden-Harris.

Colt produces a short, compact version of the AR-15 for the U.S. military called the M4, used by soldiers and Marines in Iraq and Afghanistan. Many of the semiautomatic versions of the AR-15 are also produced for the civilian market by U.S. manufacturers, including Smith & Wesson, which makes the M&P 15, and Sturm, Ruger, which makes the AR-556, as well as Daniel Defense, Springfield Armory, Savage Arms, CMMG and Standard Manufacturing, to name a few. Assault rifles of non-AR designs are also produced by Kalashnikov USA and Hill & Mac Gunworks.

Remington has also been a prominent maker of AR-15s, including the Bushmaster rifle that was used in the Sandy Hook massacre of 26 first-grade students and educators. Family members of the victims have sued Remington, which announced in February that it was no longer making Bushmasters. The lawsuit was put on hold in Connecticut Superior Court because Remington filed for Chapter 11 bankruptcy protection for a second time in September.

Remington sold off some of its assets as part of the bankruptcy process, including the sale of its Bushmaster brand to the gun manufacturer Franklin Armory, a producer of AR-15s in Nevada.

It was a risky move, so close to Election Day. If Biden-Harris win the election, will Franklin Armory be able to produce Bushmasters? Dionisio said there is a “great deal at stake in the upcoming election” for Franklin Armory, which has not answered questions from Forbes about its plans for Bushmaster production.

“In the event of a Biden win, the potential passage of legislation banning MSRs and high capacity magazines would have near-catastrophic long-term implications on the US firearms industry overall,” said Dionisio.