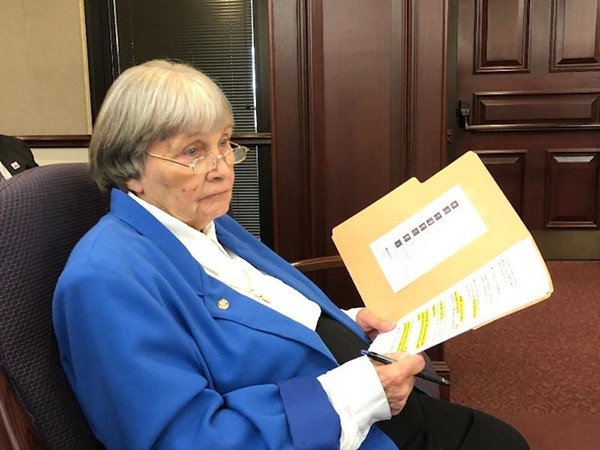 A full federal appeals court has rejected a request by prominent National Rifle Association lobbyist Marion Hammer to take up a case about graphic emails she received after the 2018 mass shooting at Marjory Stoneman Douglas High School in Parkland.

Hammer asked last month for the full 11th U.S. Circuit Court of Appeals to hear her case against California attorney Lawrence Sorensen, who emailed photos to Hammer that included photos of gunshot wounds, including fatal wounds suffered by President John F. Kennedy. The request came after U.S. District Judge Robert Hinkle and a three-judge panel of the Atlanta-based appeals court ruled against Hammer, who alleged that Sorensen violated state laws about issues such as cyberstalking, harassment and intentional infliction of emotional distress.

The appeals court on Tuesday issued a one-page order turning down Hammer’s request for a hearing before the full court, what is known as an “en banc” hearing.

The case has stemmed from two emails that Sorensen sent to Hammer as gun-control advocates targeted her following the Parkland shooting that killed 17 students and faculty members. Hammer, a former national president of the NRA, has long been an influential lobbyist in Florida and is closely identified with gun-related issues in the state.

Hammer filed the lawsuit against Sorensen and three other unrelated men in 2018 because of emails she received, though the appeal dealt only with Sorensen. Hinkle in November 2018 dismissed Hammer’s claims against Sorensen, though he acknowledged that Sorensen sending the emails “unsolicited to anyone, even a public figure who advocates gun rights, was inappropriate, indeed disgusting.” But the Tallahassee-based judge said Sorensen’s messages were protected by the First Amendment and that Hammer was not entitled to damages.

A three-judge panel of the appeals court in August ruled that Hammer’s lawsuit did not allege “enough facts” to show that laws were violated. As an example, the court said proving cyberstalking requires showing that the disputed communications served “no legitimate purpose.”

The panel said Sorensen’s emails, which were “clearly intended to dissuade Hammer from continuing to support the availability of assault rifles,” had a legitimate purpose.

But in a Sept. 1 motion for a hearing before the full appeals court, Hammer’s attorneys contended such logic could have far-reaching consequences.

“Because email is directed to a specific recipient, the panel’s decision could be applied to justify sending a potentially endless list of horrific content to specifically targeted recipients who would have no redress (for instance, images of gruesome lynching or cross burnings to black social justice activists, images of dead and mutilated bodies from the Holocaust to Jewish Americans, images of aborted fetuses to pro-choice activists, and so forth),” Hammer’s attorneys wrote. “Under the panel’s rationale, as long as the actor states they were furthering debate, or sending the content for ‘instructive’ purposes, the conduct cannot be prevented or redressed. Consequently, the meaning of ‘civilized society’ in an internet age which allows immediate delivery of outrageous graphic content to a targeted captive audience rests in the balance of this case and warrants the full court’s consideration.”