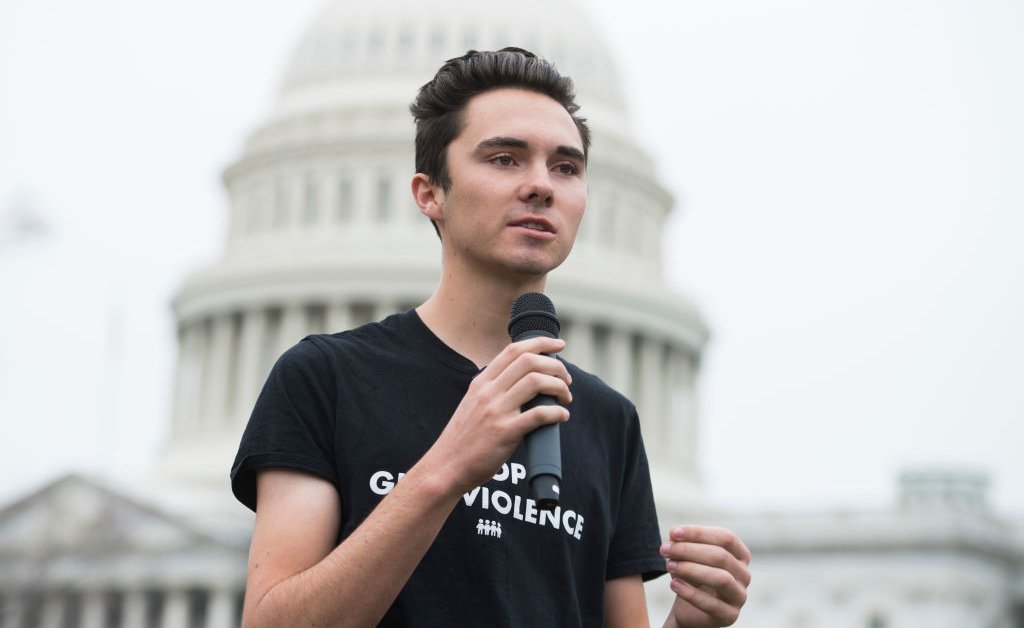 A month after the mass shooting at Marjory Stoneman Douglas High School in Parkland, Florida, David Hogg stood in front of a crowd of hundreds of thousands gathered at the U.S. Capitol to demand an end to gun violence. “Who here is going to vote in the 2018 election?” asked Hogg, then a senior at Marjory Stoneman Douglas and co-founder of student-led group March for Our Lives (MFOL). “If you listen real close, you can hear the people in power shaking.”

Two years later, Hogg, who is now 20, is getting ready to vote in his first presidential election and is urging every young and eligible person in the country to do the same. More than 15 million Americans have turned 18 since 2016, but for several election cycles, low voter turnout among first-time voters has caused politicians to overlook the youth vote.

Now Hogg believes young voters will be the ones to decide this race’s outcome. In Florida, a critical state for President Donald Trump’s re-election, young voters are already turning out in big numbers. Recent data from polling firm TargetSmart shows more than 419,000 voters between the ages of 18 to 29 have cast their ballots in Florida so far — a 34% surge over the same group in 2018. “These elections really do matter,” Hogg says. “They’re not about voting for Democrats or Republicans. For young people, frankly, it’s about our survival.”

Hogg and other survivors of the Parkland shooting, in which 17 people died, have long been outspoken critics of Trump. On Oct. 22, Hogg tweeted video of Biden comforting the son of a Parkland school shooting victim, writing, “Trump never even came to Parkland. He spent 35 minutes taking photos at a nearby hospital, which he used in a fundraising email, then left for a disco party at Mar-a-Lago and golfed during the victims’ funerals.”

The group has called on the Trump Administration to adopt their Peace Plan for a Safe America, a six-point plan that includes a request for a U.S. National Director of Gun Violence Prevention and a call to hold gun lobbyists like the National Rifle Association “accountable.” After the police killing of George Floyd and Trump’s subsequent condemning of the Black Lives Matter Movement, the group met virtually with over 40 Congressional members to discuss anti-gun violence as it relates to police violence.

Hogg has also accused the Republican Party of trying to suppress the youth vote this year. He says that in the past in Florida, absentee ballots, an option widely used by college students, have been thrown out if their signatures on the ballot didn’t match their signature from registration. “If young people voting didn’t matter, those in power wouldn’t fight so hard to make it hard for us to vote,” he says.

While many youth face different kinds of barriers to the ballot box, youth of color have been particularly impacted by suppression tactics in recent years. In Georgia’s 2018 midterms, many voters were blocked by the state’s “exact match” voter registration law, which required voter’s information to “exactly match” records held by the state. According to a recent study, this law disproportionately led the ballots of young voters, people of color and first-time voters to be rejected.

Plenty of youth of color are already feeling discouraged by the political system, youth activists say. “I know for a lot of Black young kids, we just feel f–king helpless because we’re saying all these things, but we need the resources — the ability to be a part of the conversation of voting,” says Bria Smith, a youth organizer who is now a board member of the gun-reform group.

On Oct. 24, Hogg and other youth activists joined a coalition of advocacy groups to host ‘VOTE WITH US,’ a virtual rally that encouraged young people across the country to vote. The event kicked off an 11-day on-the-ground effort to mobilize youth voters before Nov. 3. It showed never-before-seen clips of the film ‘Us Kids’, a documentary by Kim Snyder follows the development of the MFOL movement.

As organizations like March are working to get youth turnout up, especially amongst young minorities with events like VOTE WITH US, they face their own battles with inclusion. When Smith was first invited to participate in a MFOL panel in Milwaukee June 2018 before officially joining the group, she addressed the lack of attention to inner city gun-violence that she and her peers had been exposed to, as opposed to the highly covered mass shootings in white communities like Parkland.

Milwaukee “is one of the worst cities to raise a black man, but the crowd is white,” Smith said, recalling the event. “What does that look like for our inclusivity in this movement?”

Hogg agrees that the only way the group will have the impact it wants to this year is with all young voters’ participation. “Obviously Parkland is just one community, it doesn’t look like the rest of the country,” he says. “If we want to have the highest youth voter turnout in American history, it’s going to require every young person that we can get turning out and voting for our future.”

Get our Politics Newsletter. The headlines out of Washington never seem to slow. Subscribe to The D.C. Brief to make sense of what matters most.

For your security, we’ve sent a confirmation email to the address you entered. Click the link to confirm your subscription and begin receiving our newsletters. If you don’t get the confirmation within 10 minutes, please check your spam folder.

ILA | Indiana: Lawful Carry Stalls In Senate
FBI raid portends political and legal challenges for U.S. Rep. Henry Cuellar
Allegation: Dominion Energy And Others Involved In Suppressing Voter Turnout Across Rural VA
‘He told us to get on our knees, but I said NO’: Texas synagogue account as Cruz demands inquiry
Texas synagogue siege: British gunman had cup of tea with rabbi before taking him hostage