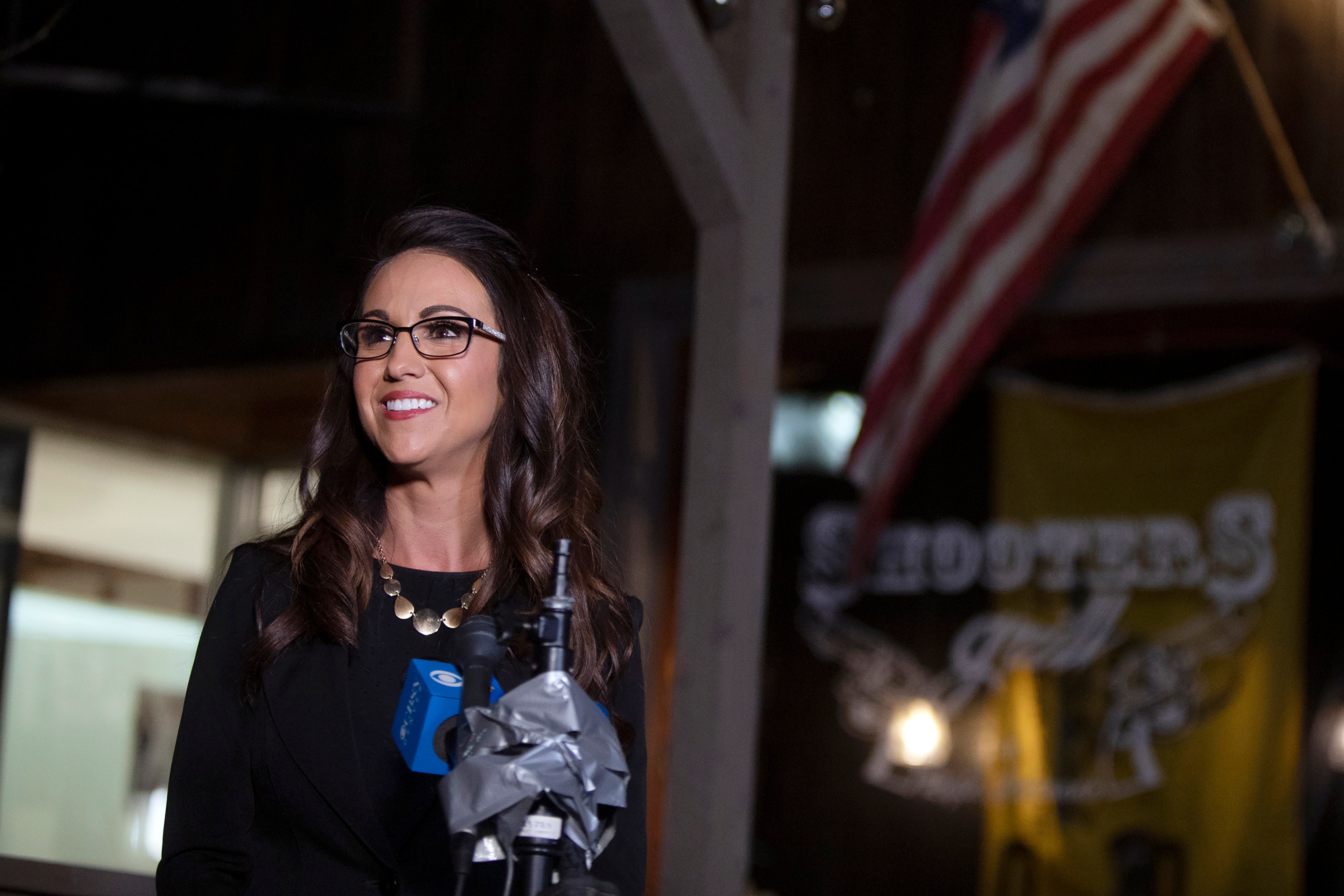 At least 13 Republican women are joining the 117th U.S. Congress after dominating the 2020 elections, making history for the highest number of women in the House of Representatives.

Republicans have been watching their numbers in the House rise, and six of the eight seats flipped red were owed to women. According to The Washington Post, House Republican leaders estimate more than a dozen women could be added to the current 13, doubling the number in their caucus.

The GOP congresswomen-elects are marking history themselves – South Carolina’s Nancy Mace being the first female elected in her state and Florida’s Kat Cammack being the youngest GOP woman elected – and are representing American women across the country.

Lauren Boebert is the congresswoman-elect for Colorado’s third congressional district. Her campaign stood grounded in her advocacy for protecting gun rights, energy and the Constitution. Boebert is the owner and founder of the nationally known Shooter’s Grill in Rifle, Colo., a restaurant where staff proudly open carry while serving customers.

Kat Cammack will be joining the 117th Congress as the youngest GOP woman in history. The elect has triumphantly gone from homeless to the House in under a decade. In 2011, Cammack’s family lost the cattle ranch she grew up on due to a failed Obama program. After months of being homeless, Cammack was asked by Rep. Ted Yoho, R-Fla., to join his campaign, on which she served as the longtime deputy chief of staff and campaign manager.

CONGRESSWOMAN-ELECT KAT CAMMACK GOES FROM HOMELESS TO THE HOUSE: ‘ONLY IN AMERICA’ IS THIS POSSIBLE, SHE SAYS

Miami-native Maria Elvira Salazar has been elected to serve Florida’s 27th congressional district. Salazar learned the value of freedom at a young age when her parents fled from Cuba in the presence of Fidel Castro to become U.S. citizens. Now, the congresswoman-elect aims to end the coming of socialism in America.

Marjorie Greene is fighting to keep Georgia red and combat socialism. The congresswoman-elect is a mother to three children and a seasoned businesswoman. Greene founded, grew and sold one of the top CrossFit gyms in the country and, alongside her husband, owns Taylor Commercial which efforts high-end construction projects.

Congresswoman-elect Ashley Hinson is representing all Americans with a minivan and a mortgage, she told Fox News on Sunday. Hinson was the first woman to represent Iowa’s 67th district and plans to continue the fight for the economic well-being of Iowans. Her campaign aims to cut taxes and focus on infrastructure.

Mother of seven, grandmother of 17 and local Illinoisan farmer, Mary Miller will be representing Illinois 15th congressional district. Her campaign promotes farming and policies which will bring manufacturing back to her home state. Miller aims to ensure Illinois residents are able to pursue their American dream.

Ukrainian-American Victoria Spartz is maintaining her district’s red House seat. While earning her U.S. citizenship, Spartz climbed the ladder to become a finance executive, working at the Big 4 public accounting firms for Fortune 500 companies. The former state senator for District 20 fights to protect the Second Amendment and has a fiscally conservative approach to governing.

After her endorsement from President Trump, Lisa McClain is set to claim her seat as a Michigan congresswoman. Her approach supports strengthening our national defense and the U.S. economy. McClain is a passionate philanthropist, raising more than $1 million for Multiple Sclerosis and volunteering her time to various causes.

Stephanie Bice was elected to congress as the only candidate endorsed by the NRA. Bice has served on Oklahoma’s state Senate since 2014 where she is praised for her economic development and worked to control state spending. Upon her election to Congress, she aims to fight for affordable health care and address immigration.

Nancy Mace is the first South Carolinian woman to be elected to Congress and managed to flip the seat red. In 1999, the representative-elect was also the first woman to graduate from The Citadel. Mace’s campaign will address offshore drilling, infrastructure and restoring South Carolina Low Country’s economy.

Diana Harshbarger joins the 117th U.S. Congress with a “Tennessee Tough” mentality. Harshbarger plans to work hard to protect President Trump’s progress in office. As a licensed pharmacist, she aims to address the opioid crisis, advocate for anti-aborition legislation and protect religious freedom.

Illinois Dems’ action on assault weapons doesn’t match rhetoric
Brian Kemp Slams Stacey Abrams for Something She Didn’t Do — but He Did
U.S. House — Gregg Brelsford
When You’re Not Looking – 27 East
Hawaii primary sets up races for governor, Congress in blue state