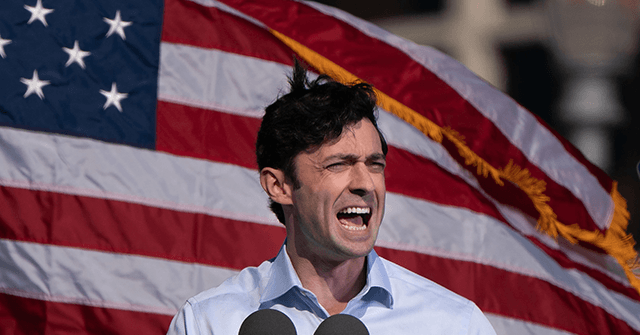 Senate candidate Jon Ossoff (D-GA) is campaigning on a ban on the sale of semi-automatic rifles and “high capacity” magazines.

On his campaign website Ossoff says, “I support a ban on the sale of semi-automatic rifles (“assault weapons”) and high-capacity magazines to the general public.”

The National Rifle Association’s Andrew Arulanandam told Breitbart News that the current “low end” estimate of privately-owned AR-15s in the United States is 18 million. Again, that is only AR-15s. That is not counting AK-47s and the incredible number of other semi-automatic rifles owned and treasured by Americans.

Ossoff’s ban on the sale of “high capacity” magazines is no less egregious. The National Shooting Sports Foundation sent Breitbart News information on consumer magazine possession for the years 1990-2018 and it shows there are an estimated 79.2 million privately owned 30-round rifle magazines in America.

If we treat “high capacity” as any magazine holding 11 or more rounds, then there are an estimated 88.6 million such privately owned rifle magazines in America. And we have not even begun to discuss the millions of pistol magazines that hold 11 rounds or more.

Ossoff is also campaigning on the passage of red flag laws, universal background checks for gun purchases, and “closing the gun show loophole,” among other controls.

He is headed for a January 5, 2021, run-off election against pro-Second Amendment Sen. David Perdue (R-GA). The race between Ossoff and Perdue is one that will decide whether the Senate remains in Republicans’ pro-Second Amendment hands or falls to the pro-gun control Democrats.