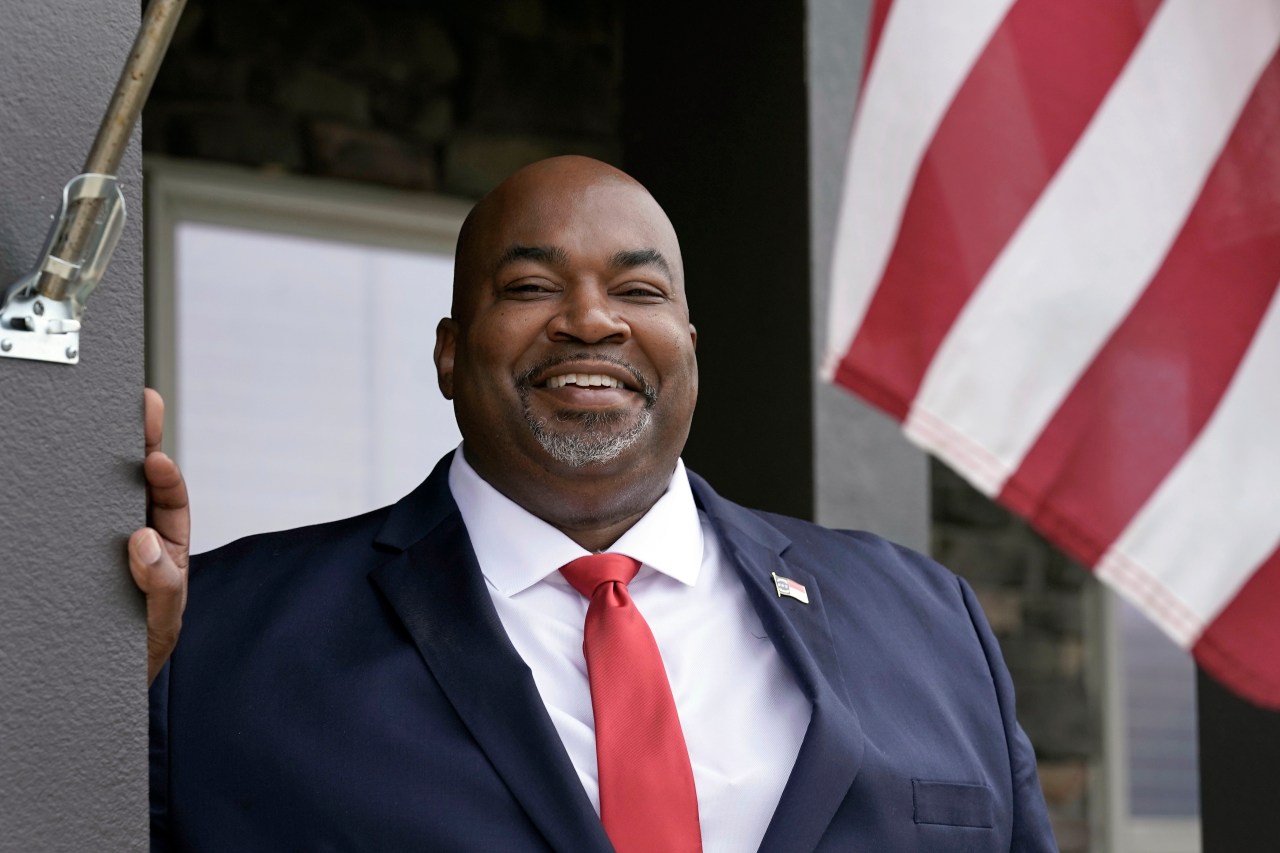 Robinson, who has referred to first lady Michelle Obama as a man and accused former President Barack Obama of being an “anti-American atheist” who wanted to turn the country into a “socialist hell hole,” is preparing to become North Carolina’s first Black lieutenant governor.

Robinson, a 52-year-old political newcomer and boisterous gun rights activist, will take office in January after defeating Democrat Yvonne Holley. He won even after a group funded by billionaire Michael Bloomberg paid for a nearly $8.5 million media blitz on Holley’s behalf.

Soon to be the highest-ranking executive branch Republican in state government, Robinson will now have to find a way to make a difference while building common ground with Democratic Gov. Roy Cooper, who won reelection by defeating current GOP Lt. Gov. Dan Forest.

Robinson is a former furniture factory worker from Greensboro who rose to prominence in 2018 after delivering a forceful speech at a Greensboro City Council meeting opposing a proposal to ban gun shows at the city-owned Coliseum. The video, which has been viewed nearly 500,000 times since it was published on YouTube in April 2018, led to a leadership position for him at the National Rifle Association. It also offers a glimpse of a man who is unapologetically opinionated.

Robinson wrote in 2018 that “half of black Democrats don’t realize they are slaves and don’t know who their masters are. The other half don’t care.”

In an interview, Robinson said he would have to go back through his litany of comments to see if there is a single one he would phrase differently. But he appears at ease with himself.

“If I wrote them back then, I’m not backing off of them now because that’s exactly what people want you to do,” Robinson told The Associated Press in the days after the election. “They want you to go back and say, ‘Oh, I summarily reject that.’ No, I’m not summarily rejecting anything. It is an absolute travesty that with everything going on in this country and in this state right now that people are focusing on social media posts that were made two or three years ago. I think it’s an atrocious commentary on today’s media.”

Despite its high rank, the lieutenant governor position possesses few inherent powers. Robinson will preside over state Senate debate and only vote to break ties. He’ll serve on the State Board of Education and State Board of Community Colleges. The challenge at hand when he takes office will be crafting a unique lane where he can advocate his top priorities of helping veterans, expanding gun rights and supporting law enforcement.

He’s looking forward to working with the Republican-controlled state legislature. He’s less clear on his path forward with a Democratic governor to whom he has never spoken.

“I have absolutely no idea how it’s gonna play out,” Robinson said.

If Cooper wants to achieve more policy goals in his second term, he’ll have to work with a Republican Party that is coming off strong performances in several important statewide races and retained its legislative majorities.

With enough Democrats in the legislature to block contentious ballot questions and Cooper’s bully pulpit, Robinson acknowledges it will be difficult to achieve his goal to amend the North Carolina Constitution to allow residents to carry firearms without a license or permit.

He does think he has a chance to persuade Cooper and state lawmakers on both sides of the aisle to boost military service benefits.

“If we push hard enough, I really believe that we can become the 10th state in the nation that will not put any type of tax on the pensions of our veterans,” Robinson said. “I think that’s the first step to saying thank you to these guys and giving them what they deserve.”

Cooper is term-limited and will serve as governor for four final years without having to worry about reelection. He has called for more unity, though he and state Republicans remain in opposite corners on Medicaid expansion: Cooper is for it; Republicans are against it.

“It’s time that we focus on what we have in common rather than on our differences,” Cooper said in his victory speech last week. “Regardless of our political beliefs, most all of us want people to be healthy, have a good paying job and to live in safe communities.”

Robinson is ready to have that conversation.

“He’s gonna be the governor. I’m gonna be the lieutenant governor,” he said. “It’s time for us to get out of campaign mode and get in service mode and start seeing what we can do to make the lives of the people of North Carolina better, and I’m willing to do that.”

Tucker Carlson: Yes, the election was rigged for Joe Biden. Here’s how
ILA | Spiking Interest in Hunting Due to Pandemic?
ILA | Gallup: Support for Gun Control has Dropped and It’s Not a Priority for Americans
Opinion | Guns and Suicide
‘It’s A Disaster’: Joe Biden’s Gun Plan Could Bankrupt The Firearms Industry, Advocates Say