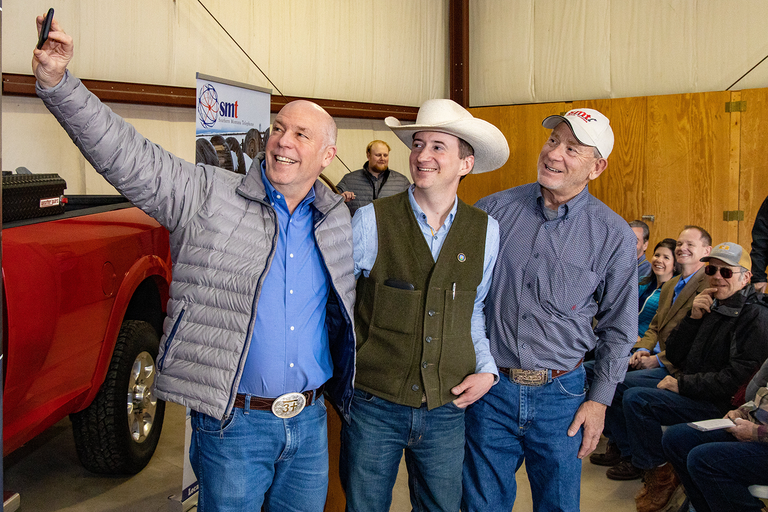 This story was originally published by the Guardian as part of their two-year series, This Land is Your Land, examining the threats facing America’s public lands, with support from the Society of Environmental Journalists, and is republished by permission.

Admirers of national parks and world-class trout streams in the state of Montana have expressed alarm over the election of a new Republican governor and his environmental plans.

The governor, former software developer Greg Gianforte, has in the past sought to strip protections from 700,000 acres of wilderness, and his conservative “Montana Comeback Plan” election platform promises to “streamline” permitting processes to increase logging, coal mining, and oil and gas production.

In May 2017, while running for a Montana congressional seat that he won, Gianforte was charged with assault after “bodyslamming” Guardian reporter Ben Jacobs to the floor. Gianforte pleaded guilty to assault and apologized for the incident, and also pledged to donate $50,000 to the Committee to Protect Journalists.

Donald Trump later praised Gianforte at a rally in Montana, saying “Any guy that can do a body slam – that’s my guy.”

While in Congress, Gianforte made a habit of attacking protections for public lands and water.

“I’m concerned about loss of access [to public lands and waters], sales of public land to corporate interests, rolling back environmental protections, wet-blanketing efforts to address the climate crisis and innovations in clean energy, and the loss of funding for management and maintenance of public lands,” said Juanita Vero, a Missoula county commissioner and multi-generational rancher in the Blackfoot valley, who served as Montana Conservation Voters’ board chair for a time.

A proposal formulated with Montana Senator Steve Daines would have stripped protections from more than a half-million acres of Wilderness Study Areas. If the move had been successful, it would have been the single biggest rollback of protected lands in Montana history.

Gianforte garnered headlines, many critical, in Montana for having sued the state to block stream access to a popular fishing access site on the East Gallatin River near Bozeman. Kristen Juras, his running mate for his gubernatorial campaign, once also penned an article arguing that Montana’s law guaranteeing river access to anglers and boaters goes too far.

“He has been silent on climate and energy policy beyond wanting to promote coal development and protect the coal mining and coal-fired power plant industries in Montana.”

This year, Gianforte introduced a federal bill that would have amended the Endangered Species Act and delisted the grizzly bear. He also pledged to “review, roll back and repeal” regulations on extractive industries that he deems excessive or unnecessary, and is a proponent of exporting Montana coal and undoing emissions limits on power plants.

Gianforte did not respond to requests for comment. Given the evidence, the League of Conservation Voters, a nonprofit that evaluates the environmental records of politicians, listed Gianforte on its Dirty Dozen in the States list of “the worst environmental candidates in the nation at the state and local level.” He has a lifetime score of just 5% from the LCV. “Gianforte is a major coal development booster,” Robin Saha, an associate professor of environmental studies at the University of Montana, told E&E News recently. “He has been silent on climate and energy policy beyond wanting to promote coal development and protect the coal mining and coal-fired power plant industries in Montana.”

A lifelong member of the National Rifle Association with a 92% rating from the organization, he invited it to move its offices to Montana a few months before the election.

Montanans elected Republican candidates up and down the ballot, delivering the Montana GOP the biggest landslide a single party has received in decades. Gianforte rode his support for Trump to win by 16 points over his Democratic opponent. So did Steve Daines, who beat current Governor Steve Bullock for his second term in the US Senate, and Matt Rosendale, who will take over from Gianforte in the US House. Montana Republicans also swept the state down-ballot races.

“If anything is going to get accomplished, the Democrats have got to figure out a way to work with our Republican majority,” said Vero, the rancher. “We’re not taking our marbles and going home. We’ve gotta stay at the table and play the game.”

Jeff Gailus is a freelance writer in Missoula, Montana, and the author of Little Black Lies: Corporate and Political Spin in the Global War for Oil. Email High Country News at [email protected] or submit a letter to the editor.