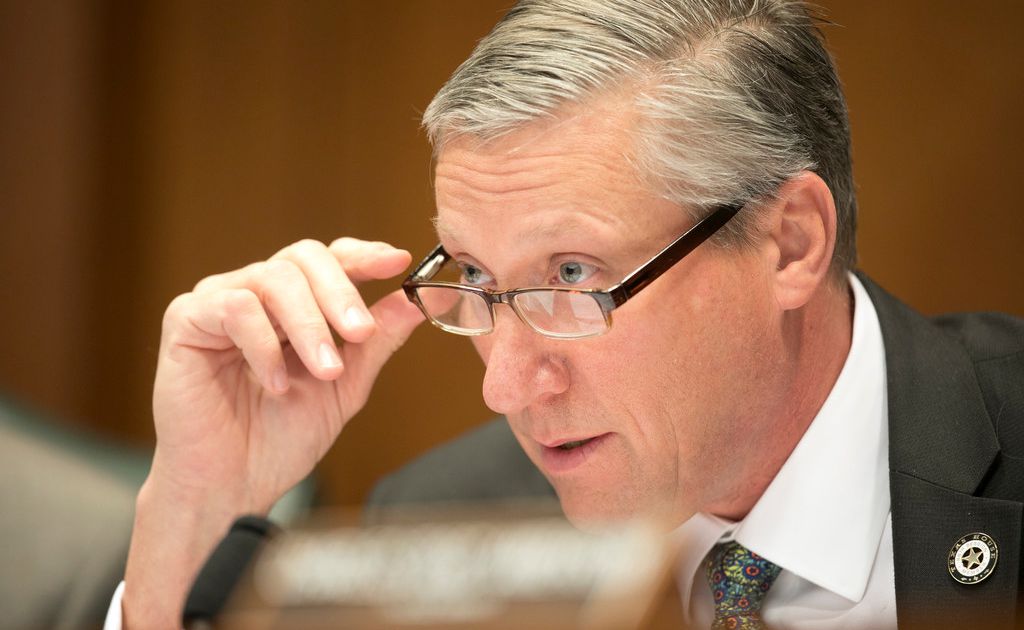 In a video posted to YouTube, Abbott called state Rep. Drew Springer of Muenster a “proven conservative” who has the backing of the National Rifle Association.

Absent from the endorsement was any mention of the coronavirus or Springer’s competition, GOP candidate Shelley Luther, who has repeatedly criticized Abbott’s handling of the pandemic.

The governor’s involvement in the race comes just eight days before early voting begins in the runoff special election for Senate District 30, which wraps around Dallas-Fort Worth to the northwest and includes parts of Collin and Denton counties.

In a statement, Luther said she always expected the “establishment would pull out all the stops” to defeat her.

“The entire Austin swamp knows I can’t be bought,” she said. “They know I will serve Senate District 30 without any strings attached, and it terrifies them.”

Luther narrowly bested Springer in the first round of voting when the field included six candidates. Abbott did not endorse in the race before Tuesday.

Throughout the campaign, the Pilot Point resident who owns Salon à la Mode has touted her lack of past political experience as a benefit that shows she’s “not one of the good old boys.”

Springer has highlighted his experience in the Legislature and rolled out a lengthy list of endorsements from fellow GOP lawmakers — including the man he and Luther seek to replace, Republican Pat Fallon, who was elected to Congress in November.

Springer is honored to have an endorsement from Abbott, with whom he’s worked closely during his time in the Legislature, he said. “We haven’t always agreed on everything,” he said, citing some of Abbott’s COVID-19 executive orders. “But by and far, the things we have done to make sure the Texas miracle continues and the growth the Texas has seen, I am pleased to have his endorsement.”

While Springer won Abbott’s support, he lost the backing of a former Republican candidate in the Senate race. Software engineer Andy Hopper said in an online post he will vote for Luther, citing displeasure with Springer’s decision to support state Rep. Dade Phelan’s bid for House Speaker among other things.