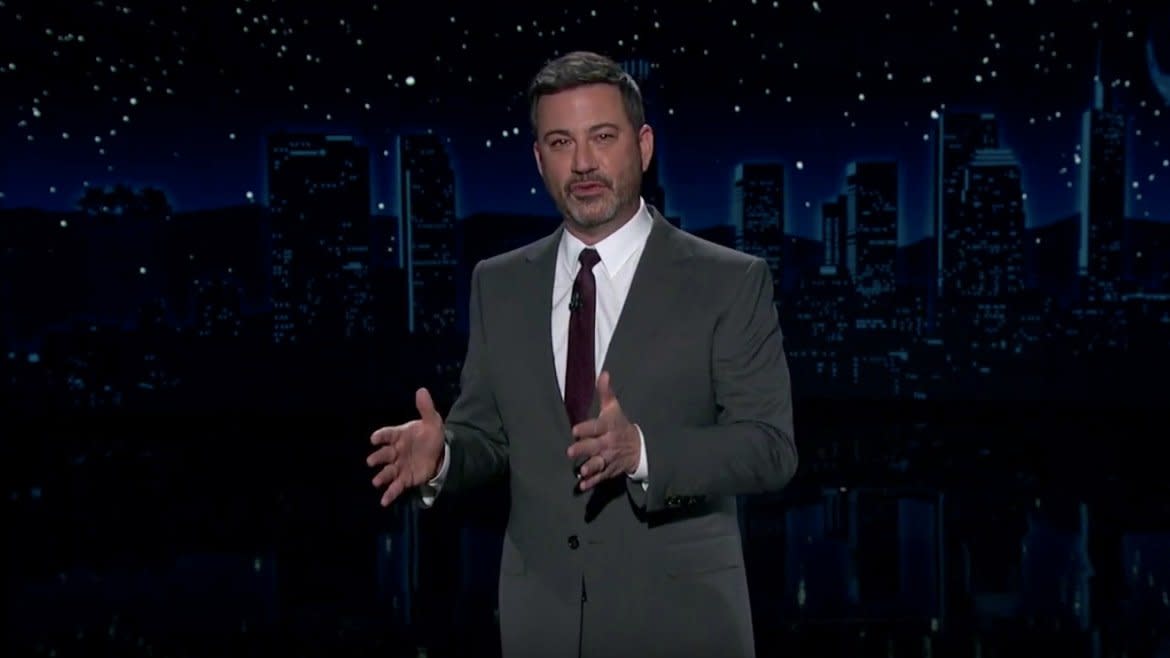 Cruz, the Texas senator who once referred to a basketball hoop as a “basketball ring” and was publicly embarrassed by a plush dog with a cigar, recently came forward to say that in the unlikely event that the Texas attorney general’s phony election-fraud lawsuit in reaches the Supreme Court, he’d argue the case on Trump’s behalf.

“The president says his latest case, the one that may be headed to the Supreme Court, this is the big one. Basically Texas and 17 other states that also happen to be Republican-led are trying to get the Supreme Court to throw out the results in Wisconsin, Georgia, Michigan, and Pennsylvania—four states Trump lost,” Kimmel explained. “They want the court to block certification in those states which would push Biden below 270 delegates and kick the election to Congress, where Republicans could hand it to Trump. In other words: 17 red states are suing to overturn the election in other states, not even their own states. This is like if you complain about the food in a restaurant that’s 900 miles away.”

“And if by some chance the case actually does make it to the highest court in the land, Trump has asked Senator Ted Cruz to argue it on his behalf,” the late-night host continued. “This is a last-ditch, embarrassing, and genuinely despicable attempt to make an end-run around democracy. And while I disagree with Ted Cruz on pretty much everything, to his credit he was forthcoming on the subject of his future client President Donald Trump.”

The comedian then threw to a video clip of Cruz expressing his real feelings about Trump: “I’ll tell you what I really think about him. This man is a pathological liar. He doesn’t know the difference between truth and lies. He lies practically every word that comes out of his mouth. And, in a pattern that I think is straight out of a psychology textbook, his response is to accuse everybody else of lying.”

“Oh, wait: I’m being told that was before his spine-removal surgery. That was 2016. That was when Trump was dishonest; now, Donald Trump is honest,” cracked Kimmel. “For as much money as he takes from the NRA, you’d think Ted Cruz would have some idea of how to stick to his guns, but he doesn’t.”

If that weren’t enough, Trump has loudly and crazily insulted Cruz time and again.

“Trump, of course, famously called Ted Cruz’s wife ugly,” said Kimmel. “He suggested his father had something to do with the assassination of JFK. He may have even questioned the integrity held by Ted himself.”

With that, Kimmel threw to a montage of Trump mocking “lyin’ Ted Cruz” at his rallies, as his supporters clapped and hollered along.