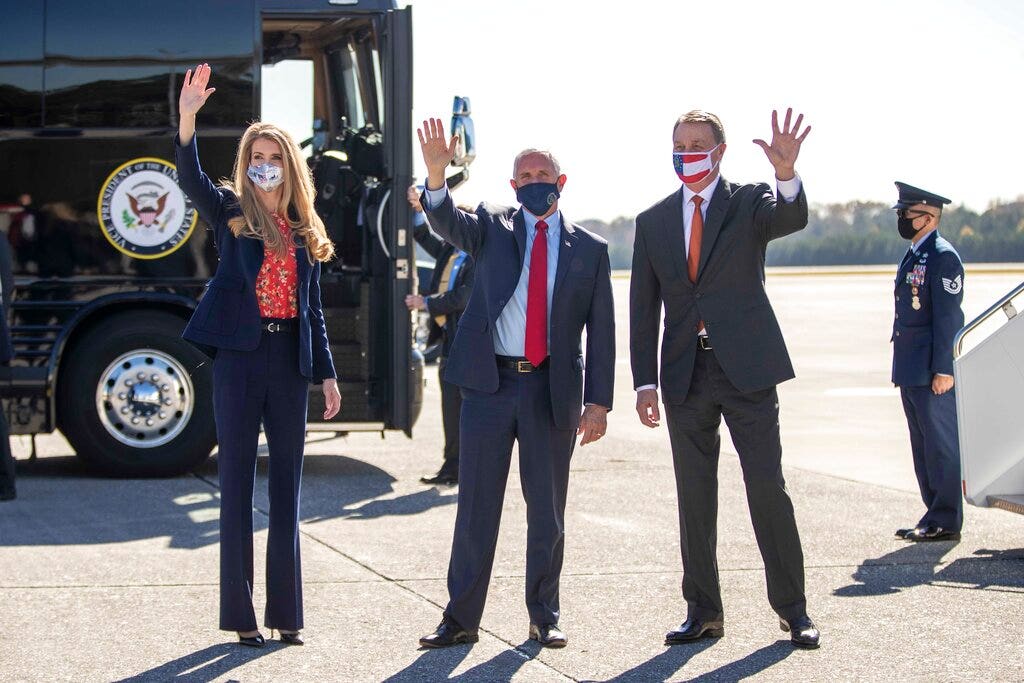 The National Rifle Association (NRA) is pouring millions into the Georgia runoff elections in what an NRA spokeswoman called “an investment into America.”

The two elections in Georgia, set for Jan. 5, will determine control of the Senate in the incoming Congress.

“Georgia is home to a significant number of law-abiding gun owners, and the stakes of this Senate runoff could not be higher — for every Georgian and American,” Amy Hunter from the NRA told Fox News on Wednesday.

The NRA has already invested $4.5 million in the runoffs following the Nov. 3 general election, promoting the re-election of Republican incumbent Sens. Kelly Loeffler and David Perdue, as they fight in tight races against Democratic challengers the Rev. Raphael Warnock and Jon Ossoff, respectively, in the lead-up to Jan. 5.

Though when asked how much the gun lobbying organization expects to allocate toward the Georgia races, Hunter declined to answer, saying it was “proprietary information.” She added that the NRA will know the total amount spent only after the runoffs are over.

Meanwhile, gun control groups are also diving into the Georgia runoffs, with control of the Senate on the line.

“Our grassroots army of volunteers is working day in and day out to replace [Loeffler and Perdue] and prove that their NRA A-ratings aren’t badges of honor – they’re scarlet letters,” Shannon Watts, founder of Moms Demand Action, a part of Everytown, said in a statement last week.

But the NRA said it is fighting for “self-defense rights,” which it asserted became a more urgent issue this summer during the Black Live Matter protests that erupted in cities across the U.S.

“2020 saw unprecedented numbers of Americans buying new firearms because they realized their safety was in their own hands,” Hunter told Fox News. “They watched as the pandemic forced gun store closures and prison furloughs, and riots caused unrest and prompted calls to defund the police.”

Though the NRA has poured an incredible sum into the Georgia runoffs, its funding during the 2020 general election dipped from previous years — including in 2016, when the group spent a $54 million.

The group still spent upwards of $30 million during 2020 on races around the country, though that figure was half of what one gun-control group promised to invest.

Everytown, largely backed by billionaire Michael Bloomberg, could not be reached for comment to confirm its investment figure for the 2020 general election, though it had vowed to spend $60 million on the elections earlier in the year – or double the amount it spent in 2018.

Following the November election, the group announced it spent $4.2 million in Georgia, largely backing Democrat U.S. Rep. Lucy McBath, an Atlanta-area congresswoman who won re-election. The group then threw its support behind Warnock and Ossoff.

Nationwide financing from Bloomberg, however, wasn’t enough to help Democrats avoid losing seats in the House or take over the Senate on Nov. 3, Hunter noted.

“The gun control groups lost a lot of down-ballot races this cycle,” she told Fox News. “Their benefactor, Mike Bloomberg, spent $100 million getting felons to vote in Florida – and he lost. He spent millions in Ohio and Texas — and President Trump carried those states handily.”

The group also found that nearly 5 million first-time firearm purchases were made this year.

The amount of spending by not only gun control and gun rights groups, but in the number of firearms purchased by Americans this year, means that gun laws were at the forefront of voter’s minds as they headed to the polls in November – a policy concern likely to continue through the Georgia runoffs.

“[The] NRA’s strength has never been mere dollars and cents. It has always been in the passion and energy of the gun owners who show up at the polls,” Hunter said Wednesday.

Training could break stalemate on guns
How to avoid an avalanche — and ruin a date
Father of child killed in Parkland shooting spars with Gavin Newsom over gun rights: ‘Sit this one out’
The wheel of gun violence keeps on rolling
House members replace U.S. flag lapel pins with those depicting an assault rifle