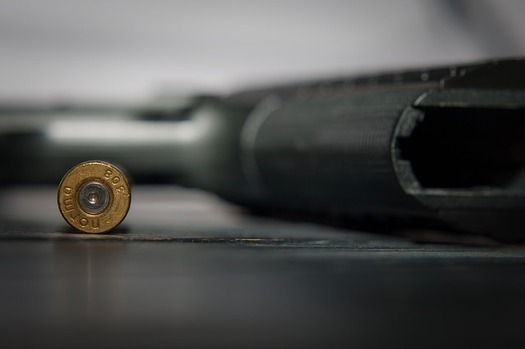 A key advocacy group said despite political roadblocks, the emotional pain associated with the incident added to public pressure to act.

Authorities said the suspect behind the shooting in Buffalo had a history of conflict, had threatened the facility before, and was once deemed mentally unfit to face charges.

That’s prompted questions about his having access to a gun.

Kris Brown, president of the gun control nonprofit group Brady United, said if state and federal lawmakers are to respond in a forceful way, it will be because the world saw a health-care worker killed while doing her job.

“It’s unimaginable that you’re going to work, and that your society doesn’t protect you from known, dangerous people,” Brown asserted.

Past deadly shootings, such as Sandy Hook Elementary, failed to move the needle on federal laws.

Brown agreed mental health access should be a priority, but argued gun violence prevention laws need to be strengthened as well.

She noted with greater demand for mental health care during the pandemic, along with a surge in gun sales, the time to act is now.

“We really need policies in effect to decouple those risks with someone having easy access to a loaded weapon,” Brown insisted.

With Democrats gaining control in Washington, Brady United hopes Congress will come back to the issue.

The group wants financial support for states that adopt “red flag” laws, which allow authorities to remove weapons from someone deemed a threat to the public or themselves.

Brown added for conservatives worried about running afoul of the gun lobby, legislation her group supports is consistent with the Second Amendment.

“This is about life-saving, public safety laws,” Brown contended. “And it’s about our public health, and I think Americans well understand that.”

Groups like Brady United also see a shift in the gun lobby’s influence with the National Rifle Association recently filing for bankruptcy.

The NRA’s Shadowy Supreme Court Gun Lobbying Campaign
Outdoors calendar (through Aug. 27): What to see and do in Western New York | Outdoors
‘I am Running to Rid Connecticut of the Blumenthal Blight’
Maloney, Nadler, Patel: Where candidates for NY-12 stand on guns, SCOTUS, inflation and more
This Republican, NRA gun owner has had enough