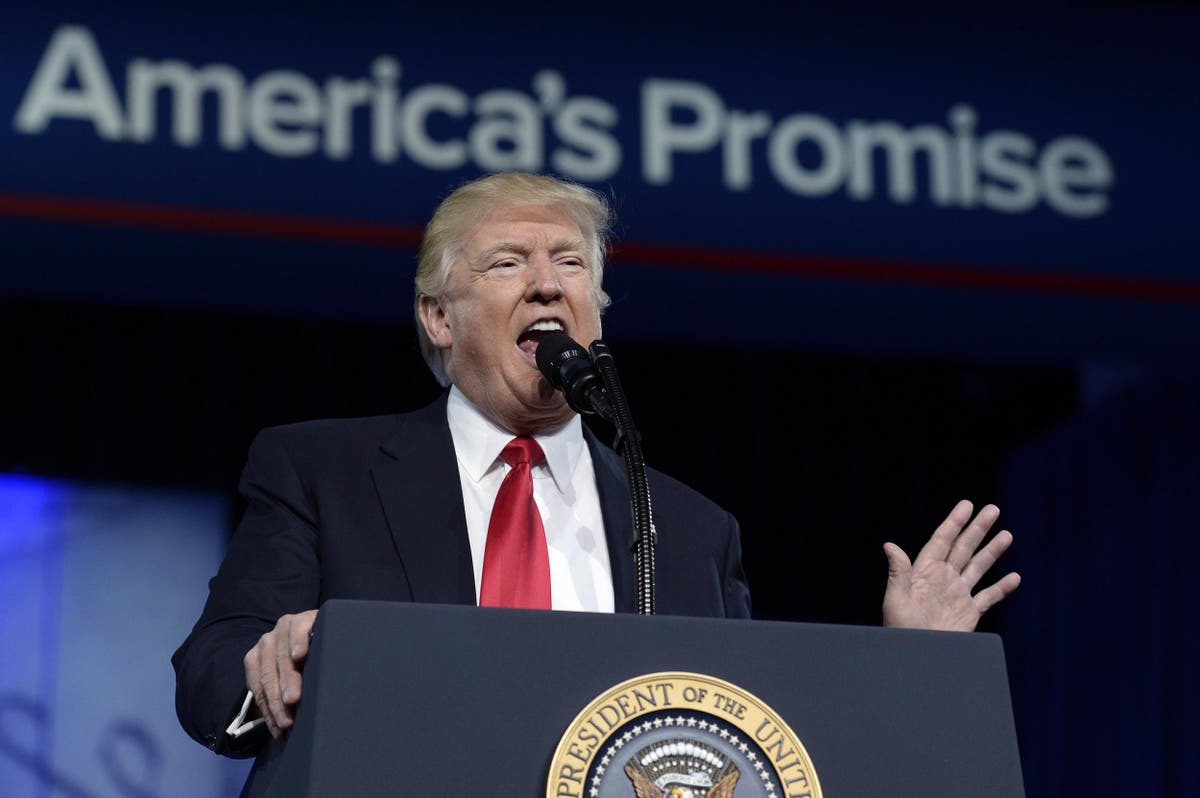 The Conservative Political Action Conference (CPAC) opens on Thursday 25 February in Orlando, Florida, with ousted president Donald Trump its headline speaker in his first public engagement since leaving the White House for Mar-a-Lago a month ago.

A four-day gathering of right-wing activists from across the United States, CPAC was founded in 1974 by the American Conservative Union and Young Americans for Freedom and its inaugural address was given by Ronald Reagan, then California governor and a presidential candidate two years later, who used the platform to lay out his vision for the country.

It has since become an all-important date in the conservative calender, an opportunity for American right-wingers to come together to compare notes on an array of issues concerning their value system, from the Second Amendment right to bear arms to abortion.

But this year’s conference, entitled “America Uncancelled”, is likely to be unusually fraught given that the Republican Party is currently mired in civil war following Mr Trump’s election defeat and the Capitol riot, with pro-Trump loyalists and establishment moderates locked in a feud that looks to determine its future.

The latest speaker lineup has a distinctly Trumpian flavour as CPAC makes clear its allegiance to the 45th president. And its theme promises a fixation with post-George Floyd “culture war” narratives concerning political correctness and censorship, rather than tackling broader policy issues such as the pandemic, the climate crisis, social justice or the domestic terror threat posed by white supremacists.

The former president has kept a relatively low profile since leaving office and losing his Twitter account but will reportedly use his platform on Sunday for a “show of force”, according to Axios, reminding the GOP he is still in charge, expects to play kingmaker for the foreseeable future and is its “presumptive 2024 nominee”.

“Trump effectively is the Republican Party,” his senior adviser Jason Miller told the site. “The only chasm is between Beltway insiders and grassroots Republicans around the country. When you attack President Trump, you’re attacking the Republican grassroots.”

The ex-president is also expected to mount an attack on Joe Biden – just five weeks into the job – for destroying the country, with a particular focus on his successor’s approach to immigration reform, according to reports.

Whether Mr Trump will be able to resist the opportunity to lash out at his enemies on the right, which now includes the likes of Mike Pence, Mitch McConnell and Liz Cheney following his recent narrow impeachment acquittal in the Senate, remains to be seen.

We can certainly expect more flag-hugging though, his habit of embracing the Stars-and-Stripes like a beloved grandmother a signature CPAC gesture and one of its oddest spectacles.

Also struck off from the original guest speaking line-up is rapper and cultural commentator Young Pharaoh, who was dropped after Media Matters reported he had previously made antisemitic comments.

Responding, the hip hop artist described CPAC’s decision to drop him from “America Uncancelled” as “censorship at its best”.