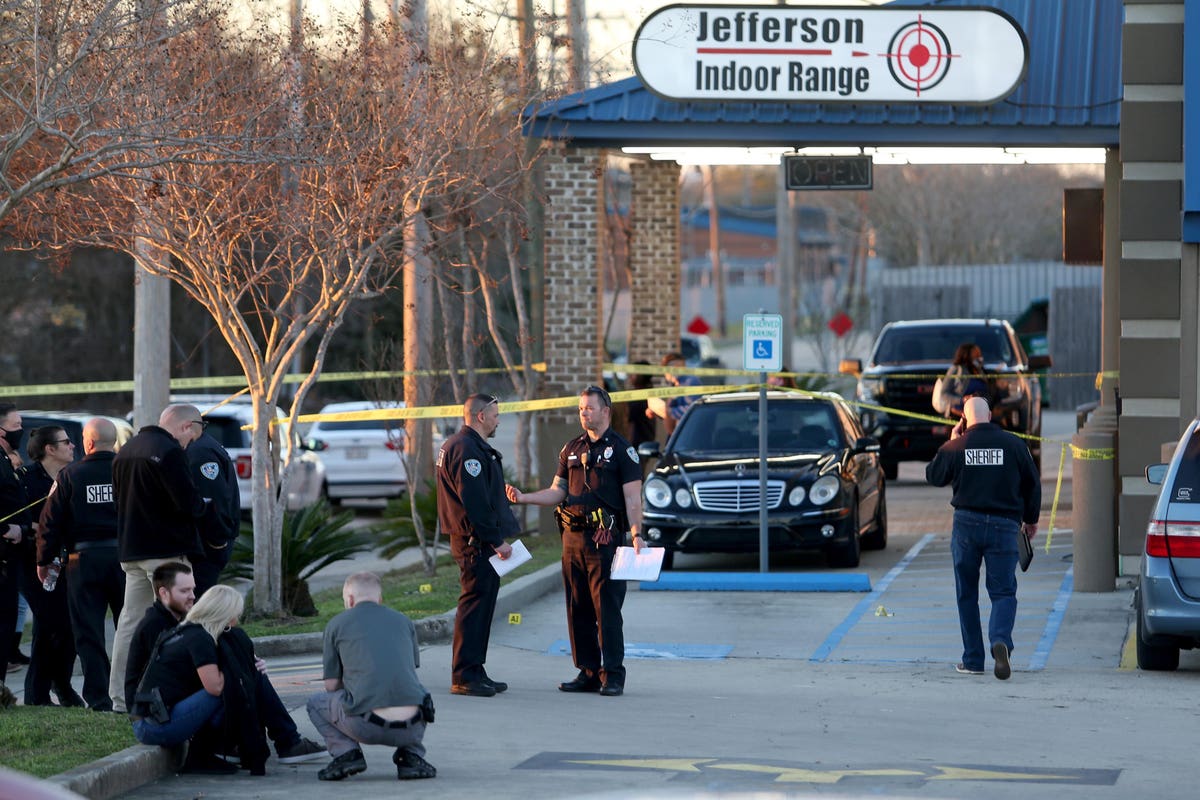 Armed retailers at gun ranges say they’ll shoot back if attacked, like the seven employees who returned fire and killed a gunman at a range in Louisiana last week.

“At our range, it would have been met with the same force,” said Danielle Jaymes, general manager of Poway Weapons & Gear in Poway, California, whose employees openly carry Glock pistols.

Armed retailers at gun ranges are eyeing some customers a little more warily, as the smoke starts to clear from a mass shooting that left three people dead and two wounded at Jefferson Gun Outlet in Metairie, Louisiana, on Feb. 20. They speak approvingly of the employees who shot back, and say they’re ready to do the same.

“The criminal actions of this suspect took two innocent lives, but the quick reaction of staff and customers likely saved many more,” said Mark Oliva, public affairs director for the National Shooting Sports Foundation, the gun industry group that represents ranges as well as gun retailers and manufacturers.

A gunman opened fire on employees at Jefferson Gun Outlet, killing two and wounding two. But employees returned fire, eventually killing the gunman in the parking lot, after he shot up the shop and rampaged through the range, armed with a pistol loaded with a high-capacity magazine.

“Those employees did not come to work looking for a fight that day,” said Jefferson Parish Sheriff Joseph Lopinto, in a press conference on Feb. 22. “They were put into a decision-making process that they did not ask for. But they acted calm, collectedly, and really protected a lot of people that day.”

The fact that the workers shot back and eventually succeeded in killing the attacker as children fled the premises and other customers were in the building taking a concealed carry class is the stuff of legend for pro-gun advocates like the National Rifle Association. They love stories about gun owners fighting back, like the Texas churchgoer with an AR-15 who shot a mass shooter in 2017, also armed with an AR-15, who was fleeing after he killed 26 people.

“It’s our God-given right to protect ourselves,” said Steve “Doc” Wacholz, former drummer of the metal band Savatage, who wears a handgun behind the counter of his shop, Cherokee Guns and More in Murphy, N.C. He recently added a range to his business.

He said that he’s pulled his .45 caliber handgun on people before, when he’s been approached in a lonely parking lot while locking up his business at night.

“Until I figure out who you are, you’re going to looking down the barrel of a gun,” he said. “That’s happened several times.”

Gun control advocates say the shooting never should have happened in the first place, because the gunman never have been issued a permit.

“This is just the latest example of a permit holder committing a criminal homicide, of which we’ve documented hundreds of examples, including mass shootings,” said Kristen Rand, Legislative Director for the Violence Policy Center. “And while some may celebrate the fact that the shooter was killed by another armed citizen, two innocent lives have been lost.”

Gun sales are booming, with Sturm Ruger
reporting record sales last week, and the ranges have been busy. The gun range shooting was a shock to the industry, which does not consider its gun shops to be soft targets.

“Right off the rip you wouldn’t think that somebody would attack a gun store because everybody in the store would have a firearm,” said Robert Euerle, president and owner of the Parma Armory Shooting Center, in Parma, Ohio, a double-deck indoor range that’s been awarded by the NSSF.  “You couldn’t find a place where you’re more likely to be shot back.”

Fatalities are unusual at ranges, but they do happen. In 2020, a man fatally shot himself at RTSP range in New Jersey in 2020. Another man wounded himself that year at the Gun For Hire shooting range in New Jersey, where a man committed suicide in 2016. In 2014, a 9 year-old girl from New Jersey accidently killed her instructor with a full auto Uzi submachine gun at the Bullets and Burgers firing range in Arizona.

Security measures tend to vary at ranges, just as ranges themselves vary, from public outdoor spaces that are sparse on amenities, to privately held indoor ranges with adjoining gun shops and sometimes even lounges, like Wilshire Gun in Oklahoma City or the Governors Gun Club in Atlanta. Novices at some ranges are required to attend a training class before they set foot in the range with a loaded gun. Depending on the facility, they might be accompanied by NRA-certified safety instructors when they enter the range.

Euerle said that customers are screened by asking questions, studying body language and sniffing for drugs and alcohol.

“If you smell like weed, we don’t need you here,” he said.

Signing a waiver is a common practice. At Blackstone Shooting Sports in Charlotte, N.C., the range waiver states that the user must be aware of the “inherently dangerous nature” of guns “and fully understand they can cause serious injury, disability, or death” through negligence. The waiver also says the user must be “mentally and physically capable of and qualified to use firearms” and is not under the influence of drugs and alcohol.

Oliva of the NSSF said that the range rules were clear at the Jefferson Gun Outlet, that customers could not enter with a loaded gun.

“The rules established by a range or retailer are set to ensure the safety of everyone, including customers and staff,” he said. “Unfortunately, firearm ranges and retailers are not immune to crime.”