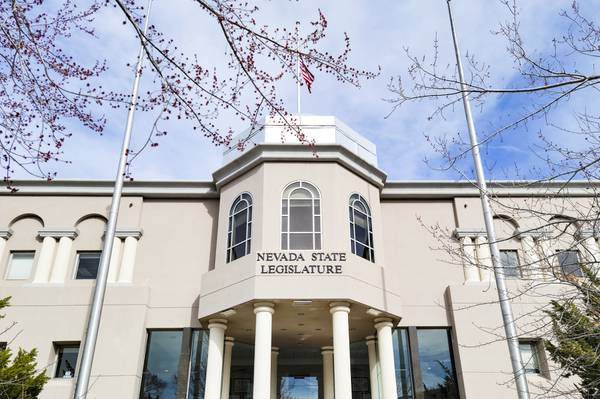 CARSON CITY — Nevada lawmakers are considering a bill that would expand criminal penalties for individuals who bring firearms onto a gaming properties.

Metro investigated at least eight shootings on the Strip in a one-month stretch last fall.

Provisions would only apply to large resorts that choose to opt in, and would require they post clear signs on their premises and websites about the policy.

Sen. Melanie Scheible, a Las Vegas Democrat, said it made sense to enforce firearms bans in large casinos similar to how they are enforced in schools and public libraries given their importance to Nevada and its economy.

“We should be paying special attention to the resorts, the casinos, the hotels, and all of the places that people come from all over the world to see, and ensure that they can be safe while they are there. We should be able to allow facilities to have this increased and improved amount of safety on their properties,” she said.

The bill would not apply to people who buy firearms at a trade show and notify the property that they’re bringing the weapon into their hotel room.

“There is flexibility that is designed to be built into this bill so that it does work to not only ensure the safety of those patrons within these facilities but also the employees who work there while at the same times respecting the rights that we know are so important,” Cannizzaro said.

Under the bill, gaming properties would post signs notifying visitors that firearms — including those carried by concealed carry license holders — are illegal on the premises. Those in violation would be given in a misdemeanor charge punishable by up to a year in jail and a maximum fine of $2,000.

The policy would allow resort security to call law enforcement to report trespassing on visitors suspected of carrying weapons in firearm-free zones.

That concerned some lawmakers who said the law could lead to racial profiling, comparing it in a Saturday hearing to the stop-and-frisk policy in New York that has been shown to disproportionately impact minorities.

“I do have a concern that (there will be) unintended consequences that we will be unfortunately racially profiling people and asking Black and brown about their guns more than would white people,” Assemblywoman Shannon Bilbray-Axelrod, D-Las Vegas said.

Athar Haseebullah, the executive director of the Nevada ACLU, said the measure was a “potentially deadly bill with good intentions.”

“No amendment to this bill, no matter how well-intended, can fix its potential outcomes,” Haseebullah said. “This bill is inherently unredeemable and is a pretense for dangerous and racist stop and frisk polices that have plagued our country and our state over the course of time.”

The bill also received opposition from gun rights and some policing groups.

Dan Reid, the western director of the National Rifle Association, said that the bill would cause uncertainty for people who were unaware of changes in rules around carrying guns. Some could be found in violation of the law without them even realizing, he said.

“We think this bill is wholly unnecessary and it really could implicate a lot of good people,” Reid said.

But an atypical coalition of interest groups testified against the proposal. Groups that push police reform — the ACLU of Nevada and the Progressive Leadership Alliance of Nevada — found themselves on the same side as gun rights groups like the NRA and police unions, which said the proposal could create unnecessary and dangerous confrontations between people and law enforcement.

The measure now heads to the state Assembly, where it faces a steeper climb. A similar proposal was amended out of a bill introduced earlier in the legislative session after the chamber’s Democratic leaders couldn’t whip enough to support it. The Legislature is scheduled to adjourn May 31.

Maloney, Nadler, Patel: Where candidates for NY-12 stand on guns, SCOTUS, inflation and more
Joe Biden, Nancy Pelosi issue statements
A GUIDE TO THE 2022 PRIMARY ELECTION
Outraged Uvalde residents stand up to NRA, get local gun giveaway canceled
ILA | When Seconds Count, the Police are Only Hours Away