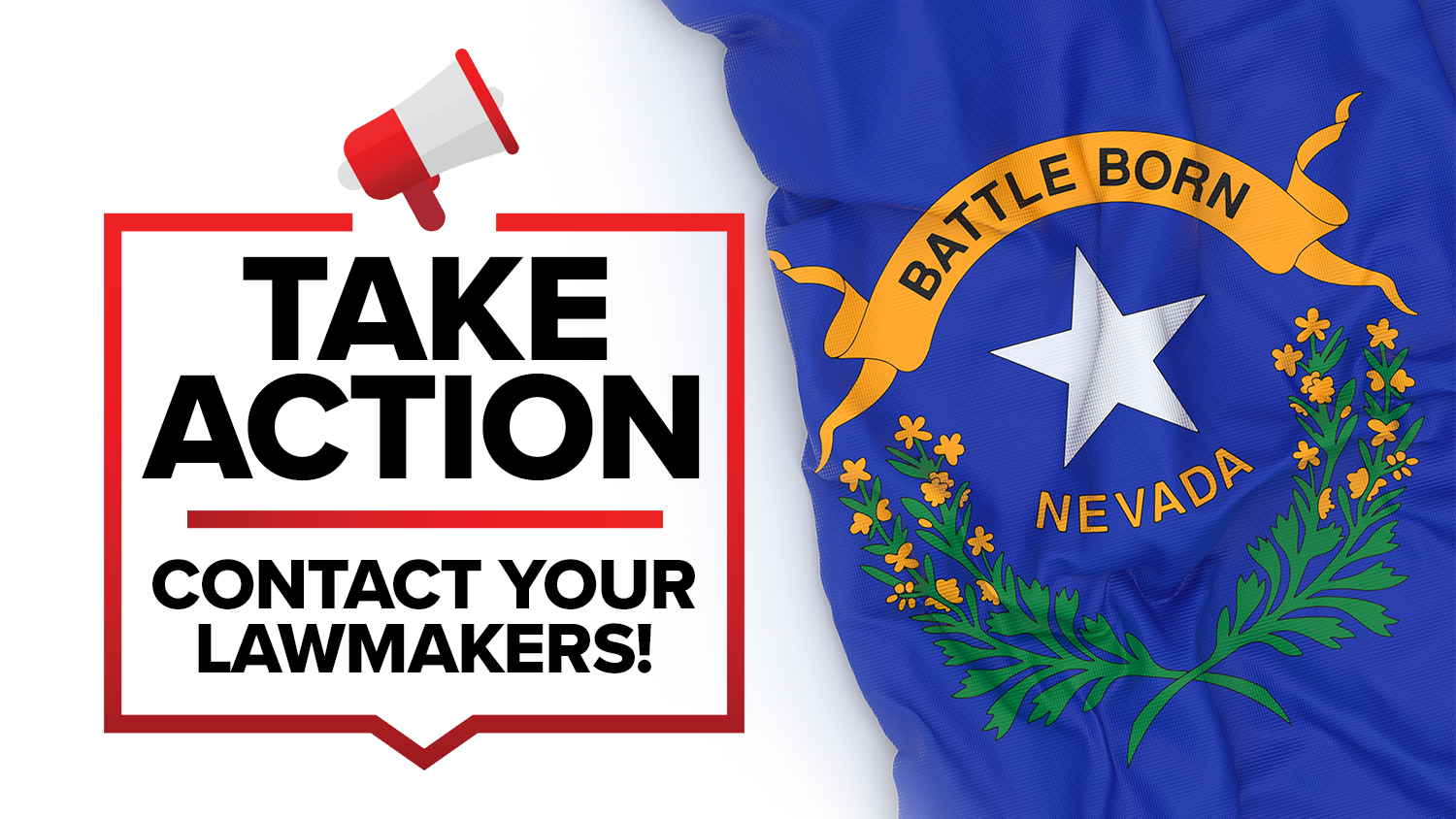 On May 21st, the Senate voted to pass Assembly Bill 286, to end the centuries old practice of making firearms for personal use. It now goes back to the Assembly for concurrence and could be voted on as soon as today. Please click here to ask your Assembly member to OPPOSE AB 286.

On May 22nd, the Senate Judiciary Committee heard, and voted to pass, Senate Bill 452 with an amendment, to expand gun-free zones where law-abiding citizens are left defenseless. The bill advanced despite overwhelming opposition testimony from a broad coalition of groups including NRA, ACLU Nevada, Nevada Firearms Coalition, the Progressive Leadership Alliance of Nevada (PLAN), law enforcement groups, and many others. SB 452 will soon be eligible for a vote on the Senate floor. Please click here to ask your state senator to OPPOSE SB 452.

Assembly Bill 286, sponsored by Assembly Member Sandra Jauregui (D-41), essentially bans home-built firearms for personal use by imposing requirements that far exceed those in federal law. It prohibits private individuals from possessing certain unregulated components commonly used by hobbyists to make their own firearms. This confiscatory bill also bans possession of existing, legal, firearms without serial numbers, such as home-built firearms, but it does exempt pre-1969 firearms. This exemption covers firearms made before federal law required licensed manufacturers and importers to place serial numbers on their commercially produced or imported firearms.

Senate Bill 452, sponsored by Nicole Cannizzaro (D-6),​ prohibits law-abiding citizens from being able to defend themselves at certain gaming-connected businesses, such as hotels and shopping malls, if the owners decide to declare it a gun-free zone. This restriction extends to the property line, meaning the firearm prohibition includes open areas like parking lots, with limited exceptions. The bill contains no requirements for gun-free businesses to provide any security measures to guarantee the safety of disarmed patrons, such as security guards or metal detectors, to prevent armed criminals from ignoring the arbitrary boundaries and entering.​​ At this time, the amendment is conceptual and actual language is not yet available.

Again, please contact your lawmakers and ask them to OPPOSE these bills.

Maloney, Nadler, Patel: Where candidates for NY-12 stand on guns, SCOTUS, inflation and more
Gun Violence Archive: How a tiny non-profit with no full-time employees became the foremost tracker of gun violence
How Dick Heller, the ‘Gun Dude,’ changed who can own firearms in the U.S. : NPR
Hawaii primary sets up races for governor, Congress in blue state
In Their Own Words: Schultz, Stauber offer their views on mining, guns, energy, police – Duluth News Tribune