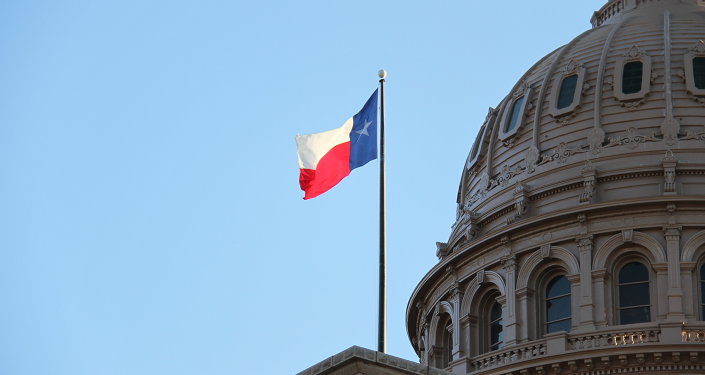 Senate Bill 7, which includes provisions to limit local voting options and further tighten voting by mail, is part of a Republican-led push for stricter voting laws in the aftermath of allegations of widespread voter fraud during the 2020 election, despite a lack of substantive evidence to support the claims.

After hours of heated debate in the House, Texas state Democrats staged a dramatic walkout on Sunday to block a sweeping bill, set to impose a slew of new restrictions on voting, from passing before a midnight deadline.

Gov. Greg Abbott (R), who has already indicated he hopes to sign into law the contentious legislation, tweeted that he would add the bill to a special session later this year to address legislative redistricting.

​Abbott voiced the hope that legislators will have “worked out the details” prior to convening at the Capitol for the special session.

The move by the Democrats came after Chris Turner, the House Democratic chairman, instructed his colleagues at 10:35 p.m. Central time to exit the House, according to The Washington Post.

“Members, take your key and leave the chamber discreetly… Do not go to the gallery. Leave the building,” Turner was said to have written, in a reference to the key that locks the voting mechanism on their desks.

“We decided to come together and say we weren’t going to take it. We needed to be part of the process. Cutting us out completely — I mean, this law will affect every single voter in Texas,” state Rep. Jessica González (D) was cited as saying after the exodus.

The legislation had been taken up by the Republican-majority House after the Senate passed it early on Sunday.

Accordingly, Texas is poised to following the footsteps of Georgia, Florida and other states that have approved GOP-spearheaded stricter voting laws in the name of election integrity.

The push comes in the aftermath of unproven allegations of widespread voter fraud during the 2020 election. Former President Donald Trump repeatedly claimed the election, which he lost to his Democratic rival Joe Biden, had been “rigged” against him.

However, in December 2020 the Justice Department found no evidence of widespread voter fraud that could have impacted the outcome of the presidential election, according to former Attorney General Bill Barr.

Senate Bill 7, which brings restrictions that include eliminating drive-through voting, limiting early voting hours and voting on Sundays, comes a month after a similar Republican bill passed the Florida state House and Senate along partisan lines, and two months after similar legislation was adopted in Georgia.

The bill has been slammed by the Democrats, with President Joe Biden calling it “an assault on democracy” in a statement released by the White House on Saturday.

“It’s part of an assault on democracy that we’ve seen far too often this year — and often disproportionately targeting Black and Brown Americans. It’s wrong and un-American. In the 21st century, we should be making it easier, not harder, for every eligible voter to vote,” said Biden.

The legislation has been denounced as ostensibly targeting people of color and marginalized groups by voting advocacy organizations, civil rights groups, state Democrats. Major corporations like HP, Microsoft and Unilever have also offered pushback against the GOP-led bill, with local businesses and chambers of commerce representing LGBTQ, Hispanic and Black members of the business community writing in a letter:

“We stand together, as a nonpartisan coalition, calling on all elected leaders in Texas to support reforms that make democracy more accessible and oppose any changes that would restrict eligible voters’ access to the ballot.”

The bill would ban drive-through and 24-hour early voting options, like the ones said to have been favoured by Black and Hispanic voters in the Houston area during ballot-casting in the 2020 presidential election.

The bill would also prevent election officials from sending absentee ballots to all voters, prohibit use of temporary structures at polling locations and limit voting hours in other large counties, among other sweeping restrictions.

Texas Senator Bryan Hughes and Representative Briscoe Cain, who put the Senate Bill 7 together, earlier referred to it as “one of the most comprehensive and sensible election reform bills” in state history.

“Even as the national media minimises the importance of election integrity, the Texas legislature has not bent to headlines or corporate virtue signalling,” they said in a joint statement.

“Overall, this bill is designed to address areas throughout the process where bad actors can take advantage, so Texans can feel confident that their elections are fair, honest and open,” Hughes stated when presenting the bill earlier this year.