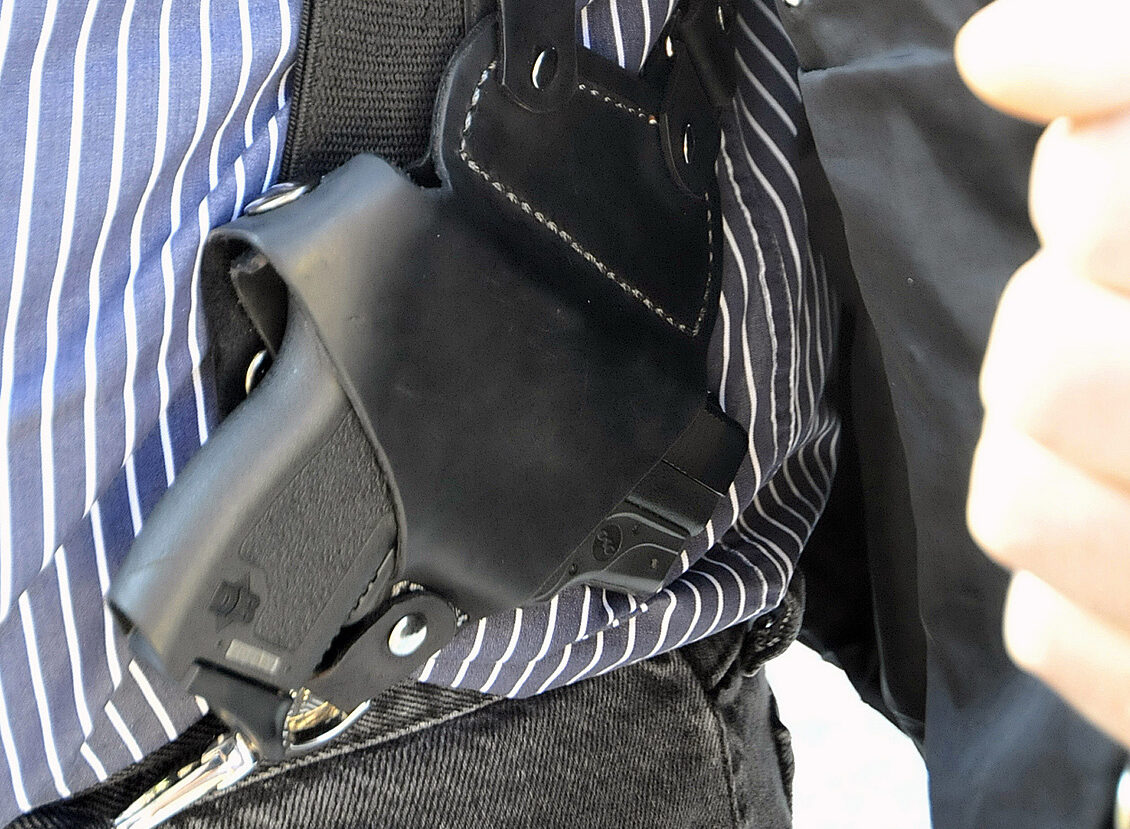 Los Angeles County Sheriff Alex Villanueva has said that his department plans to expand concealed weapons permits, citing a surge in violent crime in the area.

The sheriff in a video on Wednesday promised to lower the “good cause” standard required to obtain a carry permit. He added, however, that he doesn’t intend make the area a “shall issue” region.

In explaining his plans, Villanueva said that last month, Los Angeles county saw a 95 percent rise in murders, a 7 percent jump in rape cases, an increase of 13 percent in aggravated assaults, a 22 percent increase in arson incidents, and a 40 percent uptick in grand theft auto compared to May last year.

“We’ve increased our capacity to process CCW permits,” the sheriff said. “We made the ‘good cause’ standard achievable, and we’re recognizing that the threat to the residents is increasing, so we’re responding accordingly.”

The sheriff in April said that violent crime has soared in the county this year because criminals have been emboldened by progressive law enforcement policies as well as the “defund the police” movement, which followed the death of George Floyd while he was in Minneapolis police custody.

Last summer, the Los Angeles Police Department’s (LAPD) budget was slashed by $150 million amid the protests and pressure to defund the police. Democrat Mayor Eric Garcetti has since proposed a 3 percent increase in the LAPD’s budget from $1.71 billion to $1.76 billion.

Biden on April 8 announced a series of new “gun control” measures via executive action. Second amendment rights groups, including the National Rifle Association and Gun Owners of America, have criticized the move.

According to a report from the conservative Heritage Foundation, citing data from the U.S. Centers for Disease Control and Prevention (CDC), “Almost all national studies of defensive gun uses have found that firearms are used in self-defense between 500,000 and 3 million times every year in the United States.

“Additionally, an independent analysis of the CDC’s own internal data on defensive gun uses indicates that firearms are used defensively about 1 million times a year, dwarfing the number of deaths and injuries attributable to their criminal use,” it found.

The U.S. Concealed Carry Association said in a letter to the president in February that “record numbers of Americans have been purchasing firearms to keep themselves and their loved ones safe,” adding that “women and minorities are now leading the way as the fastest-growing groups of concealed carry permit holders in the country.”